Obama Says He Hasn’t Been a Friend to Wall Street 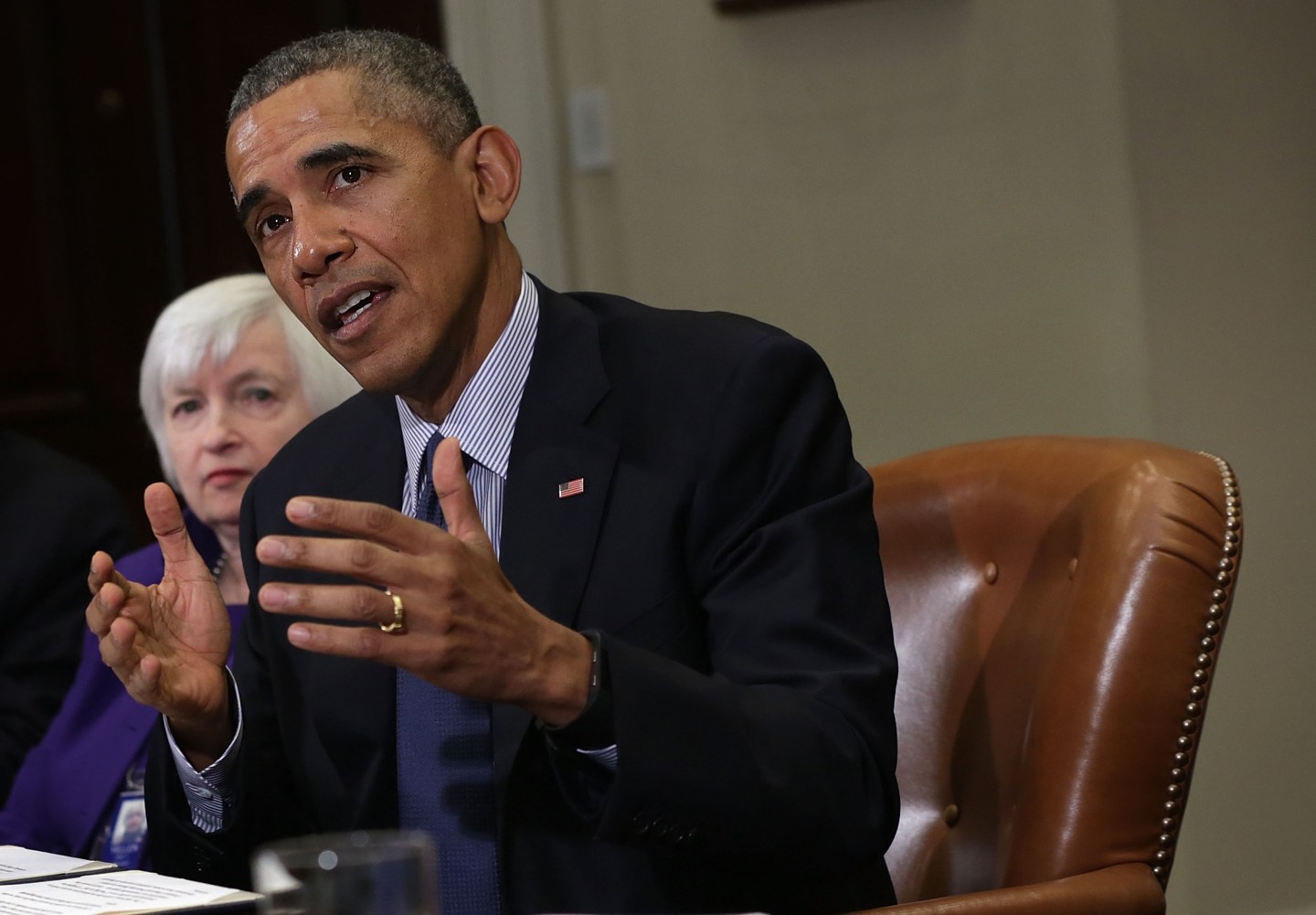 U.S. President Barack Obama on Monday defended his efforts to rein in Wall Street, telling Americans that his administration cracked down effectively on banks and trading firms after the financial crisis of 2007-2009.

Obama, now in the last 10 months of his presidency, met at the White House with Federal Reserve Chair Janet Yellen and other top regulators to talk about their progress implementing the Dodd-Frank Wall Street Reform and Consumer Protection Act he signed into law in 2010.

He railed against rhetoric in the Nov. 8 presidential election campaign suggesting that Dodd-Frank failed to work.

“I want to emphasize this because it is popular in the media and the political discourse, both on the left and the right, to suggest that the crisis happened and nothing changed. That is not true,” Obama told reporters after the meeting.

On the left, Democratic presidential contender Bernie Sanders has said Wall Street regulations have not gone far enough. He wants to break up big banks and has criticized his rival Hillary Clinton for being too close to Wall Street.

On the right, Republicans have complained that Dodd-Frank favored big banks and hurt the ability of small banks to make loans.

Obama said regulators appear set by the end of the year to have achieved most of the goals he set out for the financial system in 2008, when he first took office, although he noted there was still work to do on rules for hedge funds and asset managers in what he called the “shadow banking system.”

“One of our projects is to make sure that we are covering some of those potential gaps,” he said. “We may need at some point help from Congress to do that.”

Regulators also need to complete rules on executive compensation to make sure Wall Street is “less incentivized to take big reckless risks that could end up harming our financial sector,” he said.

Obama told reporters the Republican-controlled Congress has tried to weaken regulations established after the financial crisis and “starve” regulators with budget cuts.

“Whether you are a Democrat or a Republican or a Tea Party member or a socialist, if you are concerned about making sure that Wall Street is doing the right thing, check to make sure that your member of Congress is not trying to cut the budgets of these various agencies,” Obama said.