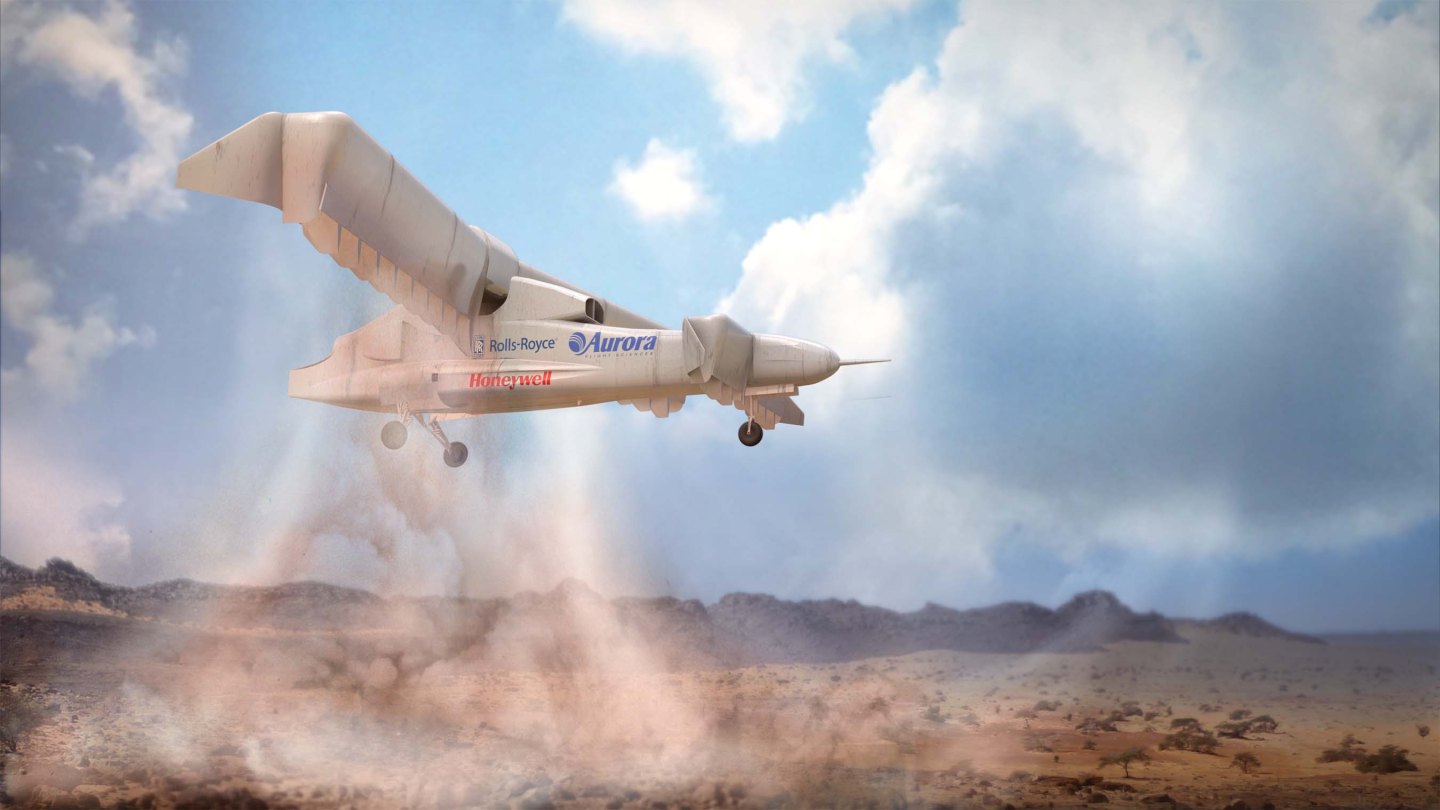 Aurora Flight Sciences has been awarded an $89 million Pentagon contract to prototype a new vertical take-off and landing (VTOL) aircraft, part of the ongoing X-Plane project run by the Defense Advanced Research Projects Agency, or DARPA. Reuters reports that Aurora beat out bigger aviation names like Sikorsky and Boeing (BA) for the project.

Aurora’s VTOL is an unmanned craft called LightningStrike, and it’s innovative in a number of ways. In the renders and simulations that exist today, it looks like almost nothing that’s currently in the sky. Its primary wings are in the rear of the plane, with two smaller forewings near the nose, making it look nearly backwards compared to most planes.

For more on military and aerospace tech, watch our video:

Arranged along those wings are 24 ducted fans, an arrangement that’s possible because they’ll be driven electrically rather than mechanically. This isn’t an electric airplane per se, though—the electricity will be generated onboard by a Rolls-Royce T406, the same engine that powers the V-22 Osprey. That “hybrid-electric” design should help make the plane much lighter and more reliable.

The most important feature of LightningStrike is that, like the Osprey, its wings will rotate from horizontal to vertical, allowing it to take off from a small patch of ground rather than a long landing strip. DARPA’s X-Plane project is looking for VTOL designs that can retain that tactical edge, while increasing top speed and efficiency.

The LighningStrike prototype is expected to fly in 2018, but by then it could have some new competition for the transition to full production. This February, Tesla’s (TSLA) Elon Musk said a fully-electric VTOL jet could be his next major project, and though all-electric vehicles generally aren’t a good fit for military applications, it would certainly put him on the Pentagon’s radar.

The news of DARPA’s new plane comes not long after the Air Force’s announcement of a new Northrop Grumman Corp long-range bomber at the 32nd annual Warfare Symposium.