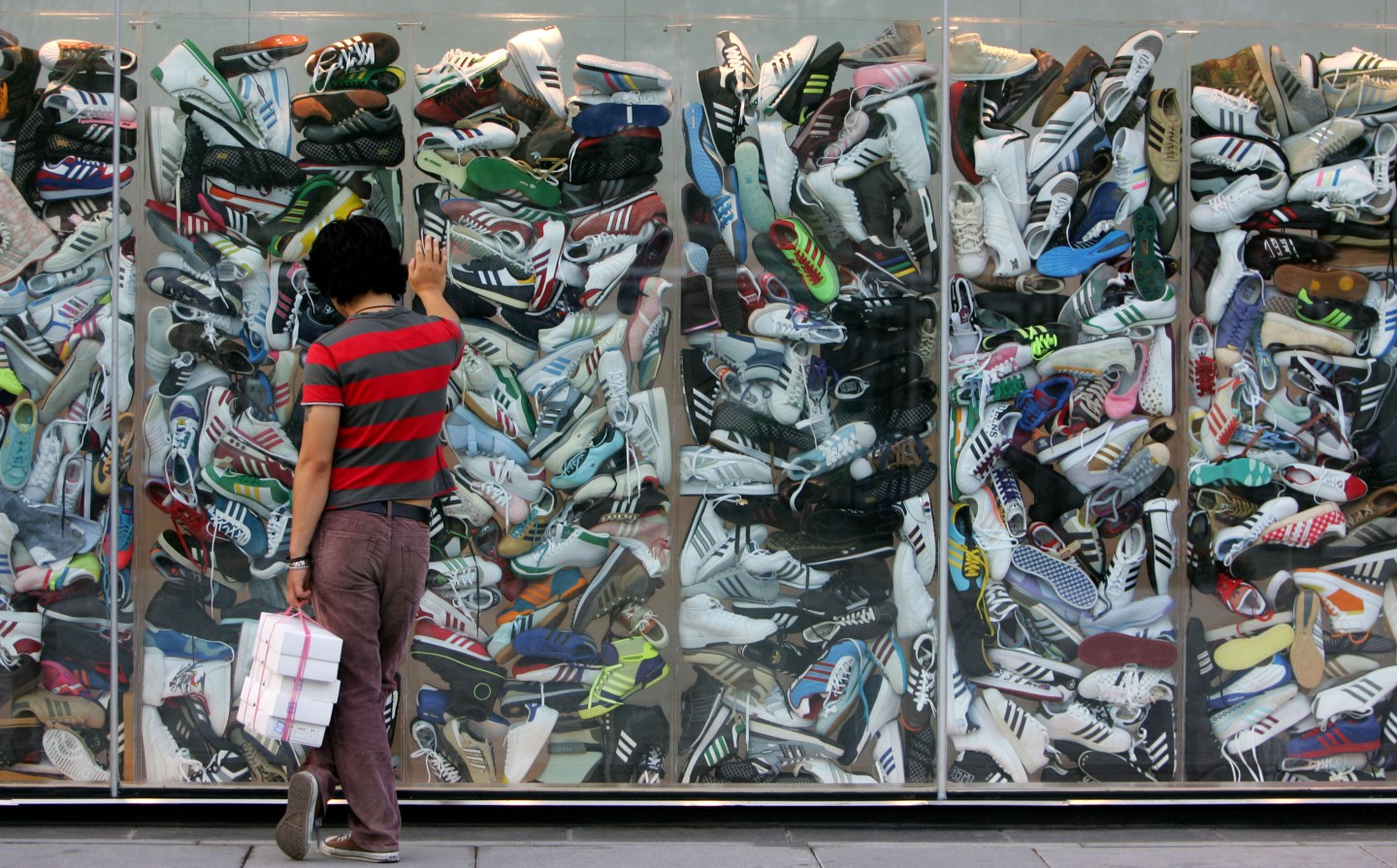 It seems that Adidas got a confidence boost from its earnings report Thursday that provided further evidence of its comeback.

The German sports apparel maker on Friday announced that it plans to open 3,000 new stores in China by 2020. It’s apparently undeterred by concerns about the economy there, which last year recorded its slowest growth in 25 years (and by the failure of its costly expansion into Russia just as that country hurtled into recession and international isolation).

The new stores will increase the company’s retail locations in China from the 9,000 is has now to 12,000, and the number of cities where it has a presence will increase to more than 2,200, according to the Wall Street Journal.

While the rash of new stores may puzzle outside observers, Adidas pointed to some key factors to justify its China expansion. First and perhaps foremost, Adidas said in its earnings report Thursday that it saw an 18% sales increase (excluding foreign exchange effects) in the China, Hong Kong, and Taiwan region last year. In the fourth quarter alone, sales were up 16%. Adidas told Fortune that it recorded some $2.75 billion in sales in China last year—its highest total ever. The region is its second largest market and the company still sees “a lot of potential there,” an Adidas spokesperson said in a statement. The Chinese government has also introduced new policies aimed at reforming its soccer industry, and it’s encouraging population growth.

Adidas isn’t the only apparel company waving off worries about China’s economy. In January, fast fashion retailer H&M said that it opened 54 stores there in the fourth quarter of 2015, and it said it expects China to be one of its biggest markets for expansion this year.

One of the key differences between Adidas and H&M and other western companies which are struggling in China is the segment of the market that they serve. Luxury goods groups like Prada (PRDSF) and Burberry Plc (BURBY) have struggled as the Communist Party has cracked down on conspicuous consumption, but demand for more everyday products remains strong, with retail sales growing 11.1% on the year through December.

This story has been updated to reflect comments from Adidas.