China’s slowing economy: The worst has yet to come 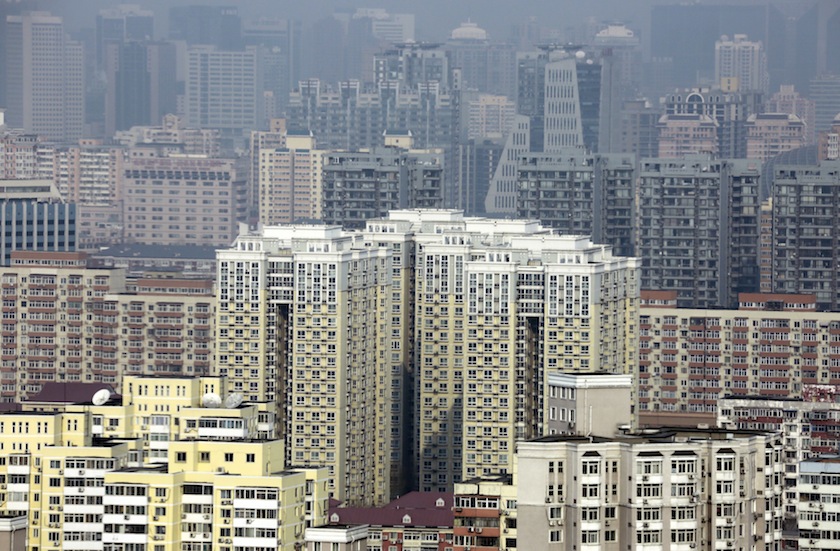 If official Chinese data should be believed at all, the only thing one can say about China’s GDP growth of 7.4% in 2014, the slowest since 1990, is that it could have been worse.

Since recording its last double-digit growth (10.4%) in 2010, the Chinese economy has effectively decelerated 30% in five years. Most of the slowdown occurred in 2011 and 2012 when reported growth was 9.3% and 7.7%, respectively. In the last two years, growth deceleration moderated significantly, largely thanks to a variety of stimulus measures. The People’s Bank of China cut interest rates and bank reserve requirements to make more credit available, and financial deleveraging—reducing the growth of debt—has been put on hold. Without such policy support, China’s GDP growth would have fallen further.

But the slowdown of the world’s second-largest economy is far from over. In the next two to three years, China’s growth performance is almost certain to deteriorate because of the overhang of its real estate bubble, massive manufacturing overcapacity, and the lack of new growth engines. The challenge for Beijing is that these problems are all connected with each other and piecemeal solutions no longer work.

Take, for example, China’s real estate bubble. Even with last year’s 4.5% drop in housing prices, the first in two decades, the unraveling of the overbuilt real estate sector has hardly begun. More than 60 million empty apartments await buyers, and the residential housing market is essentially comatose. Meanwhile, the real estate sector accounts for between 25% and 30% of China’s GDP (if upstream and downstream industries such as steel, cement, glass, furniture, and appliances are included), so it is impossible for the Chinese economy to regain momentum without reviving this vital industry.

The only way to breathe life into the real estate sector is to liquidate excess inventory. Housing prices need to fall further to entice buyers. Unfortunately, plunging housing prices will not only hurt affluent Chinese who have poured their fortunes into investment properties, but it will also trigger defaults by overleveraged real estate developers who can no longer service or repay their bank loans. Although a financial sector meltdown is unlikely because the Chinese state will support the banking system, restructuring of the real estate sector will unavoidably depress short-term growth.

In the manufacturing sector, near-term growth is constrained by the prevalence of zombie firms, mainly large state-owned enterprises that have negative cash flows because their profit margins have been destroyed by excess capacity. According to official estimates, industry in China is operating at 70% of its capacity (compared with a healthy 80% in the U.S.). What this means is that Chinese manufacturing firms will not return to financial health unless there is a huge increase in demand that can absorb an extra 10 percentage points of its potential industrial output, an unlikely event. The only way to restore vitality to China’s industrial sector is to kill off the zombie firms whose products nobody wants. But slaughtering zombies means unemployment, debt restructuring, and, you guessed it, negative growth. Keeping zombies on life support with credit will give a China an unsavory taste of Japan’s two decades of stagnation. So far, it appears that Chinese leaders intend to follow Japan’s path.

China’s economic prospects would have been much brighter if the country’s consumption could replace investment as the principal engine of growth (in 2013, investment accounted for 54% of the GDP growth). To be sure, Chinese consumption has been registering healthy growth in recent years (it grew 10.9% in 2014). But because household consumption makes up under 40% of GDP (compared with 50% of GDP for investment), the switch to a consumption-driven economy in China will take many years.

That is why the worst is not over. The International Monetary Fund and UBS estimate that the Chinese economy will grow by 6.8% in 2015. Other estimates are even more pessimistic.

How will the Chinese government respond to the prospect of years of subpar growth performance? Advocates of painful reform believe that the Chinese economy will not be able to return to a sustainable growth path unless the government aggressively tackles the interconnected mess of a real estate bubble, excess industrial capacity, and financial deleveraging (debt-to-GDP now stands around 250%, the highest rate of any emerging market economy).

Unfortunately, this is not going to happen. These measures, however crucial to long-term growth, will likely cause an outright recession. For a leadership team that is up for reappointment in 2017, China’s government will do just about anything to avoid this.