10 Crazy Ideas That Could Change Energy 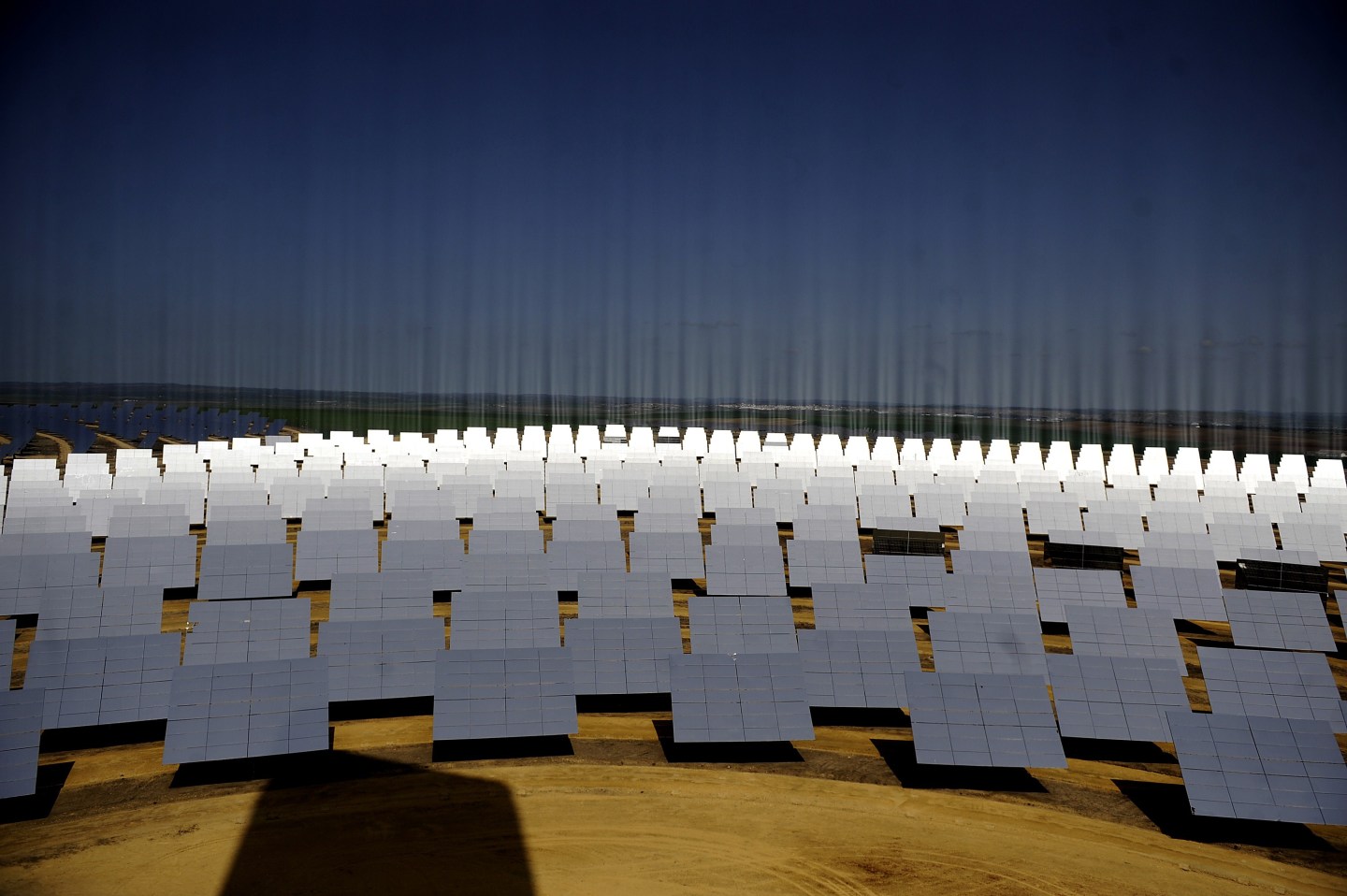 These are the best of times for energy innovation, says former Vice President Al Gore. He made the remarks to an auditorium full of energy-focused scientists, entrepreneurs, policymakers, and investors this week during the Department of Energy’s ARPA-E Summit, which highlights energy projects that the government has supported.

Gore, who has invested in energy tech companies through his London-based fund, Generation Investment Management, and Silicon Valley firm Kleiner Perkins, was quick to remind the audience that despite the “perfect timing,” their success was not guaranteed. Building energy tech startups, or any startup, is just really tough, he pointed out.

Gore wasn’t the only one to effuse restrained optimism about the future of energy technology at the seventh annual conference. Energy Secretary Ernie Moniz showed excitement over the dramatic cost reductions in energy technologies like solar, wind, and LEDs, and said he thought the ARPA-E program had so far “proved its worth.” However, he said while the program had hit intermediate metrics of success, real success in commercializing these technologies would probably take another five to 10 years to realize.

Here are the numbers on the program: Over seven years the ARPA-E program has funded 475 energy projects with a collective $1.3 billion. Forty-five of those projects have been able to secure an additional $1.25 billion in funding from the private sector, like corporate investors, and venture capitalists. Thirty-six of the projects have formed new companies, and 60 of the projects have gone on to partner with other government agencies like the Department of Defense.

If you think those odds are pretty shabby, they were never intended to be particularly high. The ARPA-E program is meant to focus on energy moonshots, or high-risk, early stage energy ideas that likely won’t succeed but could be a game changer if they do. It’s similar in style to Google’s moonshot lab, Google X, where Googlers seek to try crazy experiments. No surprise then that one of ARPA-E’s early projects, the high-altitude wind turbine startup, ended up in Google X’s lab.

In recent years a common complaint is that the ARPA-E program has become much less risk averse. Indeed, Moniz said during an interview at the event that ARPA-E needs to “guard against getting too comfortable.”

Tech billionaire Bill Gates is also bullish on the necessity of energy moonshots. He has called for thousands of new energy ideas, or “energy miracles,” even ones that might “sound a little crazy.”

So what do these energy moonshots, or miracles, look like? Here are 10 ideas that if they ever work could change how energy is generated, stored, and used.

1). Deeper plant roots for fighting climate change: An upcoming program from within ARPA-E plans to focus on projects that can reduce greenhouse gases using plant genetics, sensors and big data in agriculture. In particular, Program Director Joe Cornelius is interested in enhancing deep roots for crops, which can help plants trap carbon dioxide from the atmosphere, better use nitrogen, and enhance the overall soil quality. Cornelius pointed out during a session that the current sensing tool most often used to look at the properties and genetics of roots are a shovel. He’ll be looking for projects that can improve the soil and roots.

2). Materials inspired by squid skin: Cephalopods—squid, octopus, and cuttlefish–have skin that can swiftly change color and pattern when the creatures are trying to hide, feed, mate, and fight predators. One project at ARPA-E, which is a collaboration between University of California, Irvine researchers and fitness brand Under Armour, is looking to find inspiration in the way squids fluctuate the appearance of their skin, to make clothing or other devices that can heat and cool on demand. Beyond some seriously unusual gym clothes, such materials could have a broader effect on energy efficiency and could be used in major energy users like buildings or power plants.

Other projects at ARPA-E are looking at ways that materials and clothing could be more temperature adaptive and thus efficient. San Francisco-based invention shop Otherlab is working on materials that change their thickness under different temperatures. Cornell University is working on clothing that can sense the wearer’s temperature and alert the building’s sensing system to deliver heating or cooling directed only to that person.

3). Fabric wind blades: GE, one of the world’s leading makers of gigantic wind turbines, is trying to see if the company can make the spinning blades that make up the turbines out of fabric. Currently the blades are made out of fiberglass, are heavy, and are hard to transport and install because of their large size and weight. If blades could be made that are still effective and efficient but are much lighter and easier to mount on turbines, GE (GE) could save a lot of money on shipping and transportation costs.

4). Robots for better plant breeding: Last year ARPA-E announced a program to allocate $30 million for a half-dozen projects that use robotics to help plant breeders make better crops to use for biofuels. Historically, most research that’s been done around genetics for biofuel crops has been done manually by researchers who walk around the fields and measure the plant characteristics. But scientists at Texas A&M, Purdue University, and Pacific Northwest National Labs, and others in the ARPA-E program are building automated driving robots and flying drones that use sensors to collect data about plant characteristics.

5). Microbes that can turn methane into fuel: Methane is the main ingredient in natural gas and scientists are working on ways to turn methane efficiently into a biofuel. A company called MOgene is engineering a microbe that takes methane and uses photosynthesis to turn it into a liquid fuel. A dozen other projects in ARPA-E are also working on turning methane into fuels or other energy sources.

6). 3D printed cars: Both this year and last year Local Motors showed off a car that had been made by 3D printing, or additive manufacturing. Instead of the way that cars are usually constructed through metal stamping in factories, Local Motors uses a big printer and a material made of blended plastic and carbon fiber to print out about 75% of the car. The manufacturing process can use less energy, and the car can be lighter.

7). Self-adjusting tidal turbine: Researchers at Brown University are working on a device that can tap into rivers and tides and generate electricity. But different from other tidal turbines that have been created, the scientists in the ARPA-E program added an onboard computer to the device, which enables it to respond to its environment in real time. That could make the turbine more efficient and able to generate more power.

8). High-altitude wind: Makani, now owned by Google (GOOG), is one of the poster children of the ARPA-E program. While it’s not yet proven out commercially, the idea is that the winds are much stronger much higher up in the sky. Makani launches what it calls an energy kite on a longer tether and the kite rotates on the tether across the sky.

10). Seaweed 2.0: An ARPA-E director is considering putting together a program around harvesting macro algae, or basically seaweed. The idea would be to produce—or ranch—seaweed in large numbers in an economic way to be able to produce food, feed and fuel that could feed large populations efficiently.