There Could Be a Bidding War for the London Stock Exchange 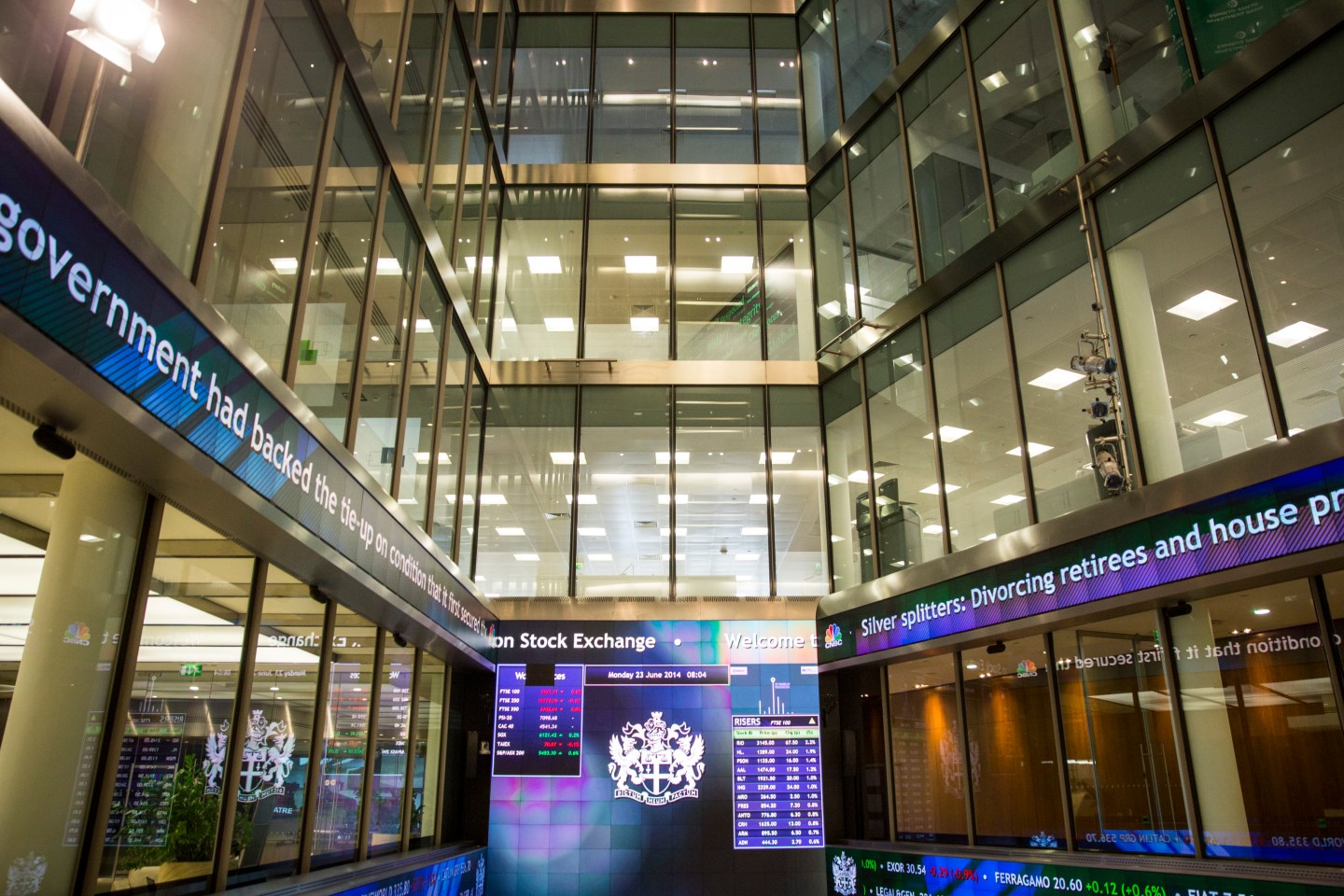 Last week, the London Stock Exchange announced that it was in merger talks with Deutsche Boerse, its German rival. The all-share deal, if approved by regulators, would create the preeminent European exchange operator worth some 20 billion pounds or about $28 billion.

Things got more interesting on Tuesday when Atlanta-based Intercontinental Exchange said that it was considering making a bid for the London Stock Exchange. ICE was careful to say that its pursuit of a deal was not necessarily imminent. “There can be no certainty that any offer will be made, nor as to the terms on which any offer will be made.”

On top of that, Bloomberg reports that the Chicago-based exchange CME Group is working with advisors to explore its own challenge of the LSE-Deutsche Boerse marriage. Bloomberg said that CME is likely studying a counter-bid for LSE, but it could choose not to proceed. CME did not immediately return Fortune‘s request for comment.

The exchange industry has been rife with consolidation in the past decade: private marketplaces and ‘dark pools’ sponsored by individual banks have taken trade away from traditional platforms, while new regulation has put a premium on centralizing back-office functions such as clearing and settlement. A merger, either way, would allow the parties to simplify and reduce the cost of clearing services to clients.

Deutsche Boerse must make a formal offer for the London Stock Exchange by March 22. A marriage between the two would create a global exchange that would serve the primary markets in London, Frankfurt, and Milan and would house the Euro Stoxx 50 Index as well as the FTSE Russell’s portfolio of indexes.

Deutsche Boerse tried to buy a smaller version of the London Stock Exchange in 2005, but shareholders rejected the plan.