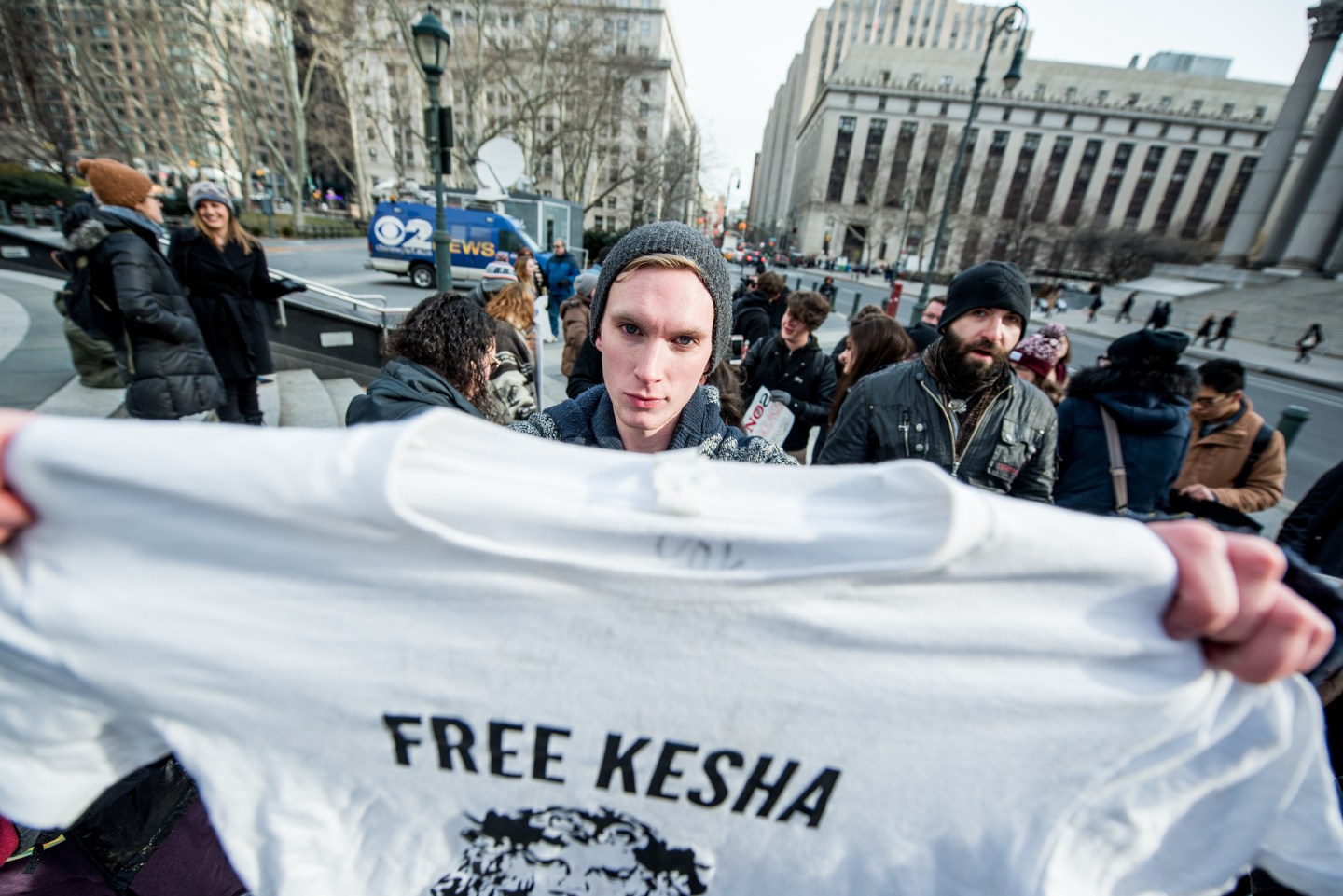 Do the right thing and sever ties with Dr. Luke, not only for Kesha (and all victims of abuse), but for your own sake. When thousands of people are using the hashtag #SonySupportsRape, you have what we in the PR business call a serious crisis management issue.

It is understandable you don’t want to send the wrong message to your current and future artists by appearing lax when it comes to their contractual obligations, but what message are you sending when you essentially force a young artist to work under the same roof as her alleged abuser? Of course, from an ideal PR perspective, this entire matter would have been settled privately. However, it’s clearly not a quiet matter anymore. #FreeKesha has become a massive social movement.

In a statement released Wednesday, you maintained that you are not in any legal position to terminate a contract that exists between Kesha and Dr. Luke. Fine. But, you are in a position to cease business between yourself and the alleged abuser. We get it: Dr. Luke is a major hit-maker and thus, a moneymaker for your company. And, perhaps you are chocking it up to “business is business,” but I argue it’s never good business to strap yourself to the morally shaky end of an argument.

At this point, there is no doubt Dr. Luke’s reputation has been severely tainted. If you continue to align yourself with him, your reputation will also be at stake—not only in the public eye, but also among any artist considering contracts with your label. Regardless of the fact that the producer has not been proven guilty in the court of law or that he has filed a countersuit against Kesha and her refusal to record, the masses have clearly chosen sides (psst, it’s not the side you are currently on). The Internet continues to be flooded with support for Kesha, and many of those supporters are well-known, successful artists under your very label—some of them have even worked with Dr. Luke. Others are threatening to boycott anything you release. As I write this, a group of protestors are rallied outside your headquarters in New York.

At best, it was a feeble PR move to suggest Kesha would remain under her Sony contract, but no longer be required to work with Dr. Luke directly. As many celebrities have already noted, asking someone to continue to work with a company that clearly supports an alleged abuser offers little, if any, relief. And here’s the thing: At this point, Kesha is making it easy for you. In a public statement she made on Facebook Wednesday, she explained, “I would be willing to work with Sony if they do the right thing and break all ties that bind me to my abuser,” a statement that also discredits any debate that her allegations were simply a ploy to renegotiate a better record deal.

In a time when women’s rights are so fiercely at the center of our country’s social conversation, you are missing a major opportunity to not only “do the right thing” morally, but also politically. Instead of making this purely a “business” matter and inadvertently supporting a man accused of rape in the process, you could have made a truly valuable motion for all victims of sexual and physical abuse. How? By proving to these women that you do value their bravery in speaking out, by standing behind your artists and proving their safety and well-being is more important than money and contracts, and by making a public stand that may inspire the thousands of rape victims who live in the shadows to come forward without fear of being shamed, blamed, or labeled a liar. Instead of #SonySupportsRape trending, it could be #SonySupportsWomen. The choice is still yours.

Neither Kesha nor her supporters are clients of Tyler Barnett PR.