What Pope Francis Should Really Say to Donald Trump 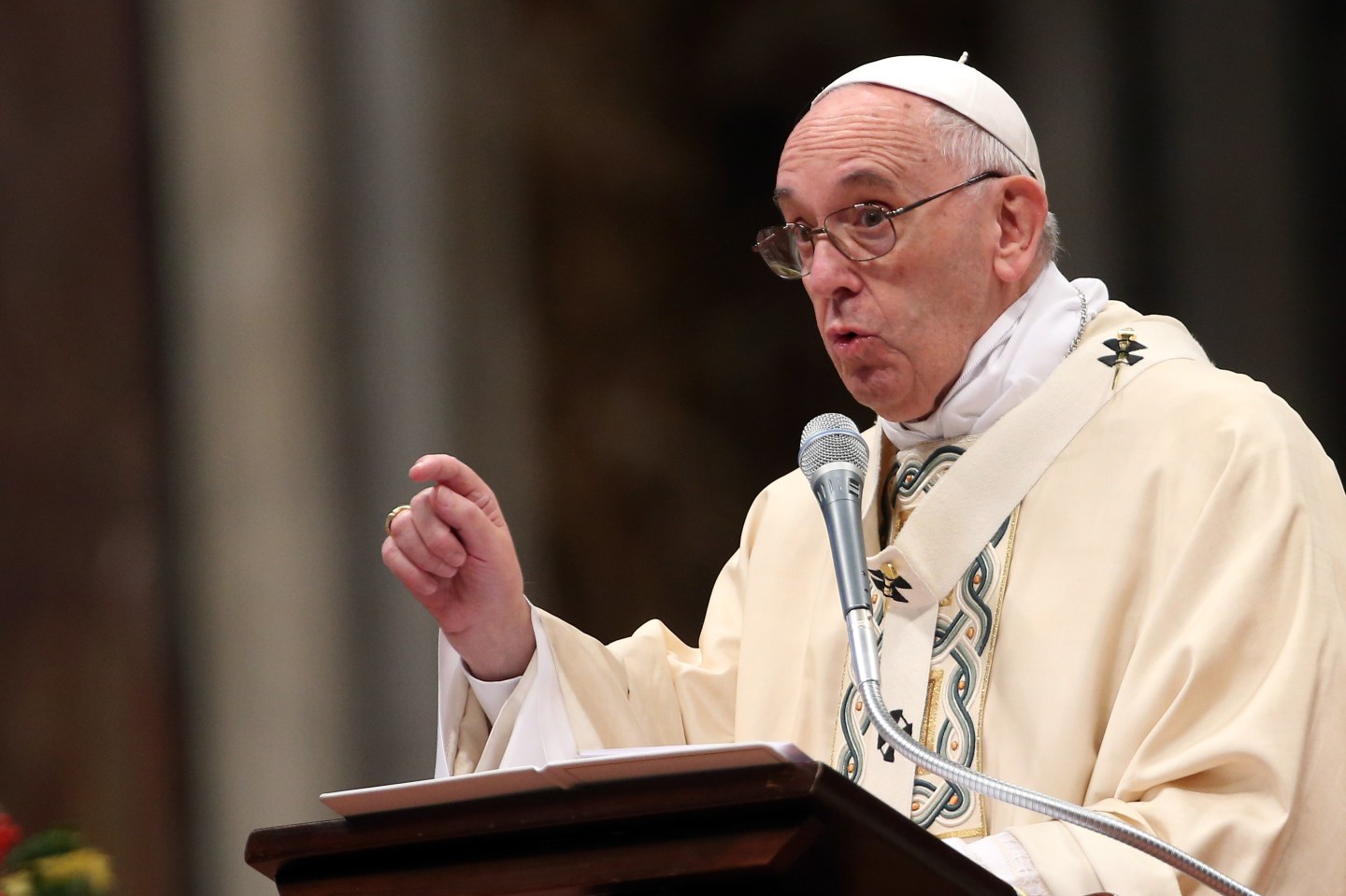 Pope Francis’ visit to Mexico last week took an unexpected turn when he singled out Donald Trump, telling reporters that there are people in the U.S. who have no right to be there and anybody who wants to build borders “is not Christian.” The public spat over immigration made news, with Trump saying the U.S. has the right to close its borders and refuse documentation of the 11 million illegal immigrants living in the U.S. To this effect, as Trump said, the Pope just “doesn’t understand” America’s problems.

Trump may have a point. For the 95% of the world who do not live in America, it is hard to understand the country. And the opposite is true, too.

With this in mind, the Pope — Christianity’s most celebrated embodiment of compassion — should respond to Trump with 5 thoughts:

First, to show this not an anti-American prejudice, the Pope should take the cause of all people who do not have the documents required to live, work and make contracts be in a particular place. The issue of is not just an American problem, nor is it only about immigrants. It’s much bigger than that, as 5 billion of the world’s 7 billion people don´t have the documents to live in a particular place. To be precise, they don’t have the legal property rights required to reside, own assets or do business in their own or any other country. That’s 5 billion without any enforceable guarantee that they will not be expropriated or environmentally contaminated by powerful business, government, terrorists or criminals. That also means they will struggle to have access to credit or the ability to raise capital since borrowers typically need to pledge some kind of property in exchange.

Only 1 billion people living in the West, Japan, Singapore and the like, and another billion in the westernized areas of developing and former Soviet nations have the documents to protect and leverage their rights.

Moreover, so that his war in favor of the down-trodden should not be confused with anti-Americanism the Pope should challenge the Mexican government to improve property rights for owners of the country’s 10 million urban homes, 137 million hectares and 6 million businesses. Most Latin American countries have yet to document the property rights of their own people.

Second, focus on property and not national borders. No one can successfully challenge America’s right under international public law to restrict entrance to people coming from outside across its sovereign borders. What Pope Francis can do is to publicly defend the universal right of all people – sanctioned by the U.S. Constitution and the Universal Declaration of Human Rights – to enclose, defend and develop property borders inside their countries, so that they don’t have to migrate to America to get them.

Third, show Trump that if he builds walls around property instead of countries he will be following a great and very successful American tradition. In other words, talk to Trump in terms he and other business-minded Americans will understand. Remind him that he built a fortune from carefully documenting and enclosing property — both tangible and intangible— and putting it to its highest valued use. When people have legally documented property and make deals according to accessible laws, they follow the rules.

Fourth, being the Pope, he should add a spiritual perspective to Trump’s philosophy by pointing out that property is more than just a source of wealth. It’s the source of life, where all living systems — whether created by God or organized by man — originate and operate only in encapsulated spaces. Cells, molecules, body organs, computers or social groups — each and every one — is contained and constrained within a boundary, whether it is a membrane, an epidermis, a wall, or a legal property right.

Fifth, argue that if Trump takes up the cause of poor people’s property rights worldwide, the West might even start winning the war of ideas in the Middle East and North Africa. As we saw in the Arab Spring in 2011, the reason the martyrs who started the uprising were revolting in the streets was to protest the continual and arbitrary expropriation of their property by governments and their cronies. The Arab Spring is to a great extent a huge – and ongoing – social uprising to create respect for property borders.

The trick is to begin by finding out if we can all agree on a common question. Humbly, on the basis of my modest experience with Americans, I would suggest that His Holiness instruct currently prevailing Vatican intellectuals to not only ask why the few have so much, but also why the many have so little.

Hernando DeSoto is an economist and president of the Institute of Liberty and Democracy in Lima, Peru. He is also author of The Mystery of Capital.