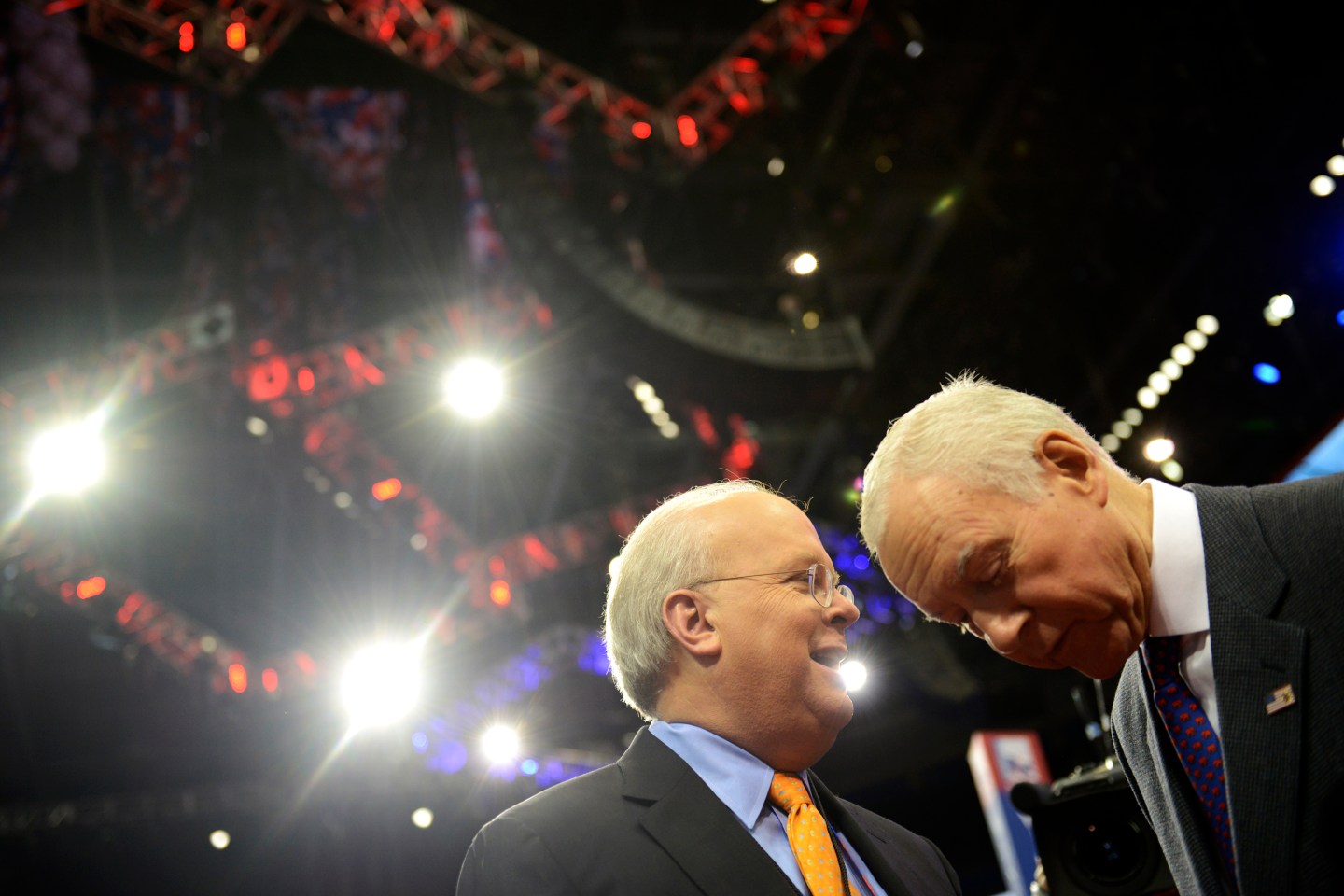 Republican strategist Karl Rove wrote in an op-ed in The Wall Street Journal Wednesday night that Republicans still have time to beat Donald Trump—but not much.

He wrote that, despite Trump’s series of victories in the latest caucuses and primaries, the billionaire still doesn’t have the nomination in the bag. But Rove draws a line in the sand: the Ides of March.

Even if Trump wins every state from March 1 through March 12, Rove writes that he’d likely gain a minority of delegates because they’re awarded proportionally. “[A]s long as three or more candidates are splitting delegates in early March’s proportional contests, the race could remain uncertain until March 15, albeit with Mr. Trump in the lead,” the former deputy chief of staff for president George W. Bush writes.

But March 15’s primaries—Ohio, Florida, North Carolina, Illinois, and Missouri—are unique because a number of them are winner-takes-all contests. In those states, even if Trump only wins with a minority of the votes, he’d win every delegate. Rove writes:

If Mr. Trump has a substantial delegate majority at day’s end, it would take an extraordinary effort to defeat him, even with 40% of the delegates (most in proportional contests) remaining to be selected after March 15. Put another way: Donald Trump could well have a lock on the nomination after March 15 if a fragmented opposition gives him an absolute majority of delegates on that day.

Previously, Rove has called Trump a “dream opponent” for the Democratic Party. He’s taken to the Journal’s opinion pages numerous times since Trump announced his candidacy to trash the candidate.