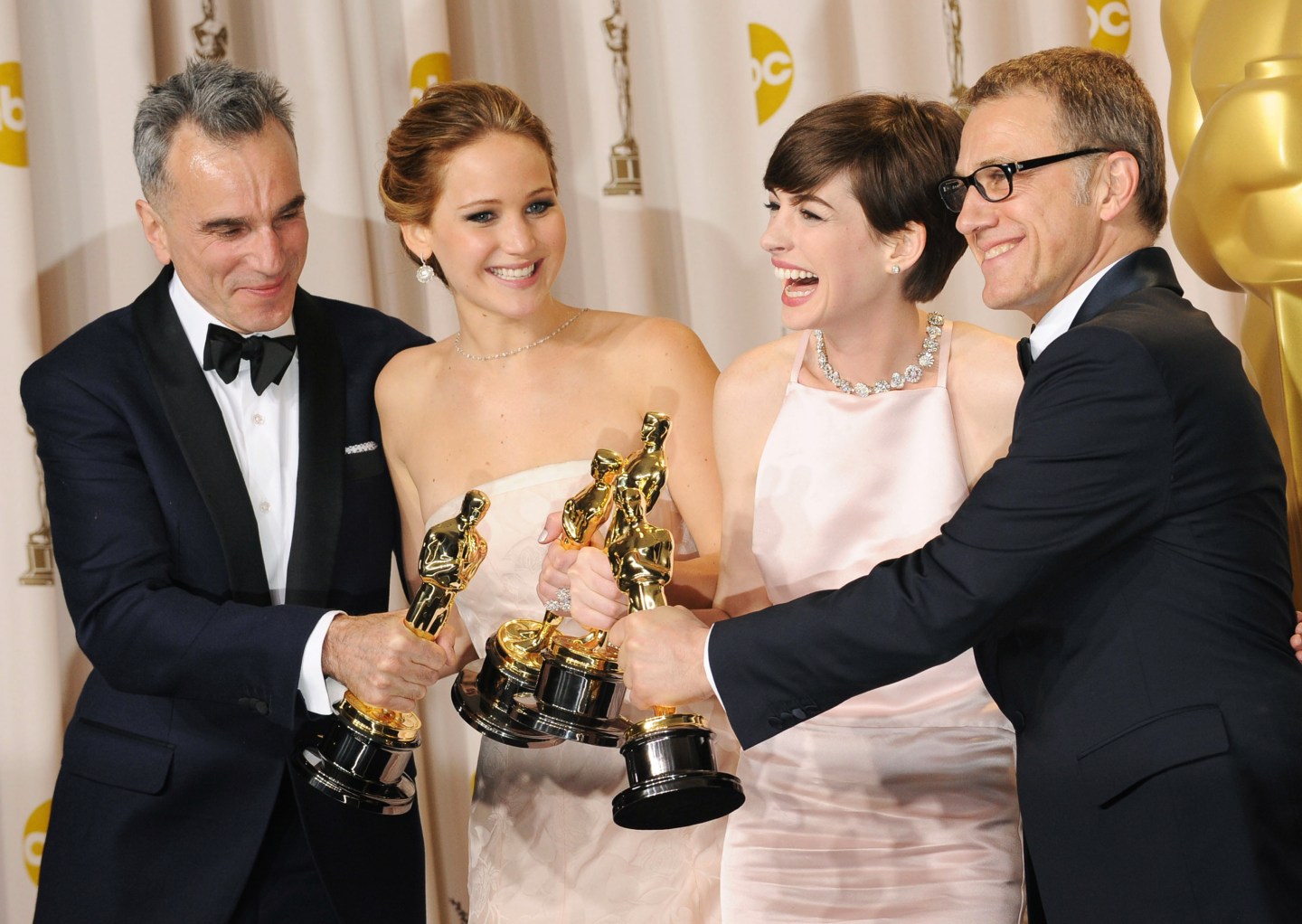 Celebrities might be flocking to the front rows of this week’s London Fashion Week shows, but some designers are swapping the runway for Hollywood’s awards season red carpets as the fashion world seeks new ways to draw attention.

Ahead of Sunday’s Oscars ceremony, the most-watched entertainment event around the world, Hollywood has been the setting for numerous fashion events.

“It just feels like a moment when music, film, fashion, the arts, it’s all just come together for LA,” designer Stella McCartney told Reuters at her presentation, attended by the likes of Katy Perry and Gwyneth Paltrow.

Celebrities and fashion have long had a symbiotic relationship, from Audrey Hepburn and Hubert de Givenchy to Jennifer Lawrence and Christian Dior.

But Los Angeles traditionally is not regarded as a trend-setting city as the year-round sunny weather doesn’t allow seasonal clothing changes as much as fashion capitals New York, Milan, Paris and London.

The spotlight on Los Angeles comes at a time when brands are rejigging the runway-to-retail model and making new fashion available faster to customers.

“Runway shows don’t have same impact as they once did, mainly because there’s so much of it and it’s overcrowded,” said Eric Wilson, fashion news director of InStyle magazine.

The red carpet, however, is watched by the entire world.

“One red carpet hit at the Oscars is equivalent to a year’s worth of marketing for a designer,” Wilson said.

Tom Ford last year moved his London Fashion Week presentation, scheduled for after the Oscars, to Los Angeles ahead of the Oscars. He then dressed nominee Reese Witherspoon for film’s biggest night.

“The world is even more obsessed with celebrities than ever before,” Wilson said. “You’ll see more big name designers who are based elsewhere coming to Los Angeles to do events, for the proximity to celebrities.”

“The weather, the rock and roll-ness of LA, it’s an allure especially for the European designers,” Kenzo creative director Humberto Leon told Reuters.