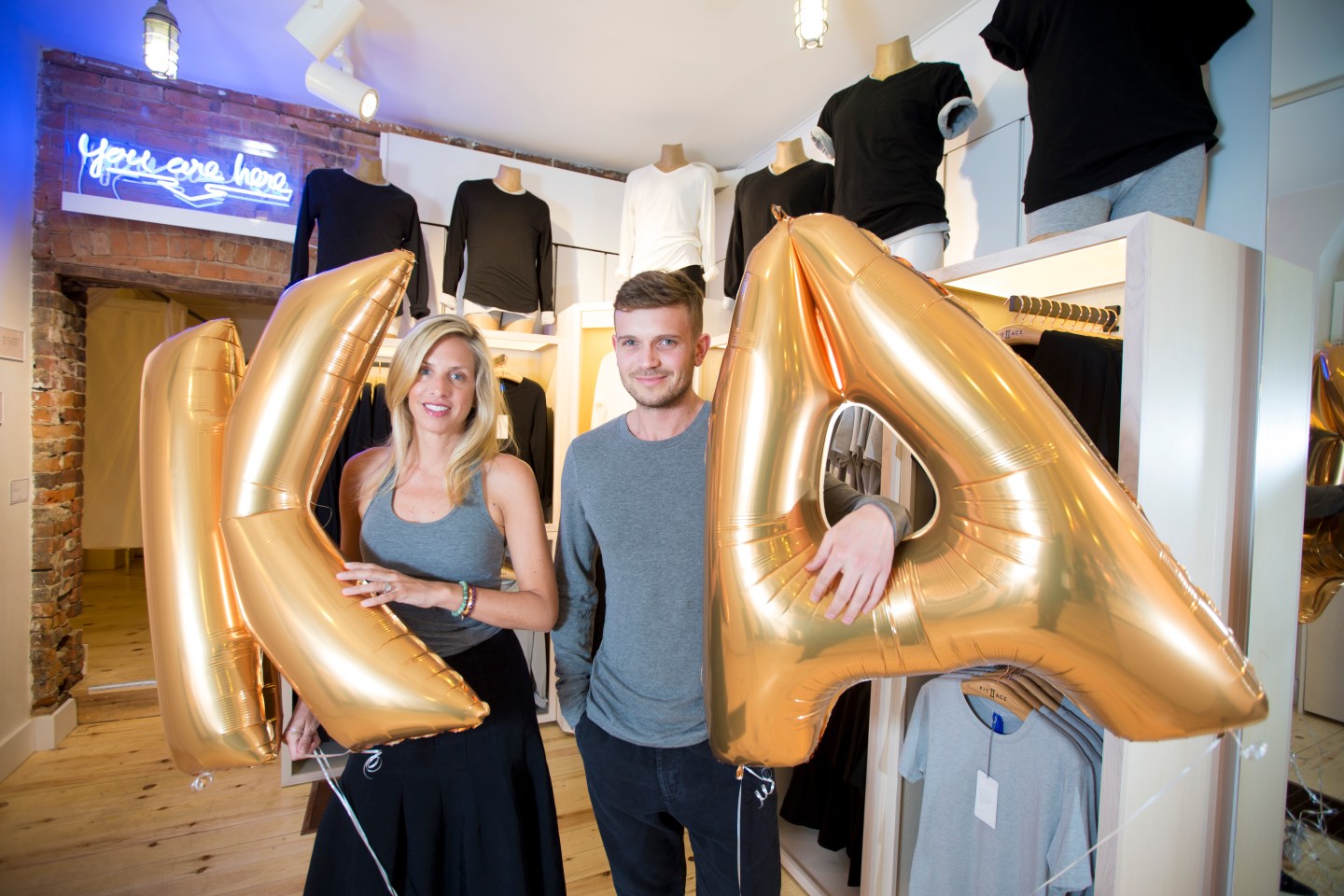 Kit and Ace, the retail start-up launched by Lululemon Athletica Inc founder Chip Wilson’s family, has laid off roughly 10% of staff at its Vancouver headquarters, as the closely-held company slows its rapid pace of expansion.

The layoffs, which impact about 35 people, come as the luxury casual wear-maker shifts focus from opening dozens of new stores to brand building and expanding its product lines.

“Like other tech start-ups, we are in a constant pursuit of learning, improving and adjusting our strategy,” chief executive Paul Wilson said in an emailed statement on Sunday.

Launched by Chip Wilson’s wife and son in 2014, Kit and Ace went from a single shop in Vancouver to 61 locations across the globe in less than two years. But its rapid pace of growth is set to slow this year, with plans for just 10 new shops.

The company, backed by the billionaire’s vast fortune, has said it expects to turn a profit by 2018.

Known for its wash-and-wear cashmere blend dubbed ‘technical cashmere,’ Kit and Ace has gone to great lengths to distance itself from Wilson’s last company, yoga wear-maker Lululemon, though the two retailers do compete in the casual wear segment.

Wilson left Lululemon in early 2015, roughly a year after stepping down as Chairman while under fire for comments he made blaming overly sheer yoga pants on women’s bodies, and is now actively involved in the family’s newest business.

Prior to the layoffs, Kit and Ace employed some 600 people, most of them in Vancouver. There are still multiple jobs listed on its website, including positions in Canada for designers and e-commerce staff.