Tim Cook: Cars Could Be Assembled Like Smartphones or Computers 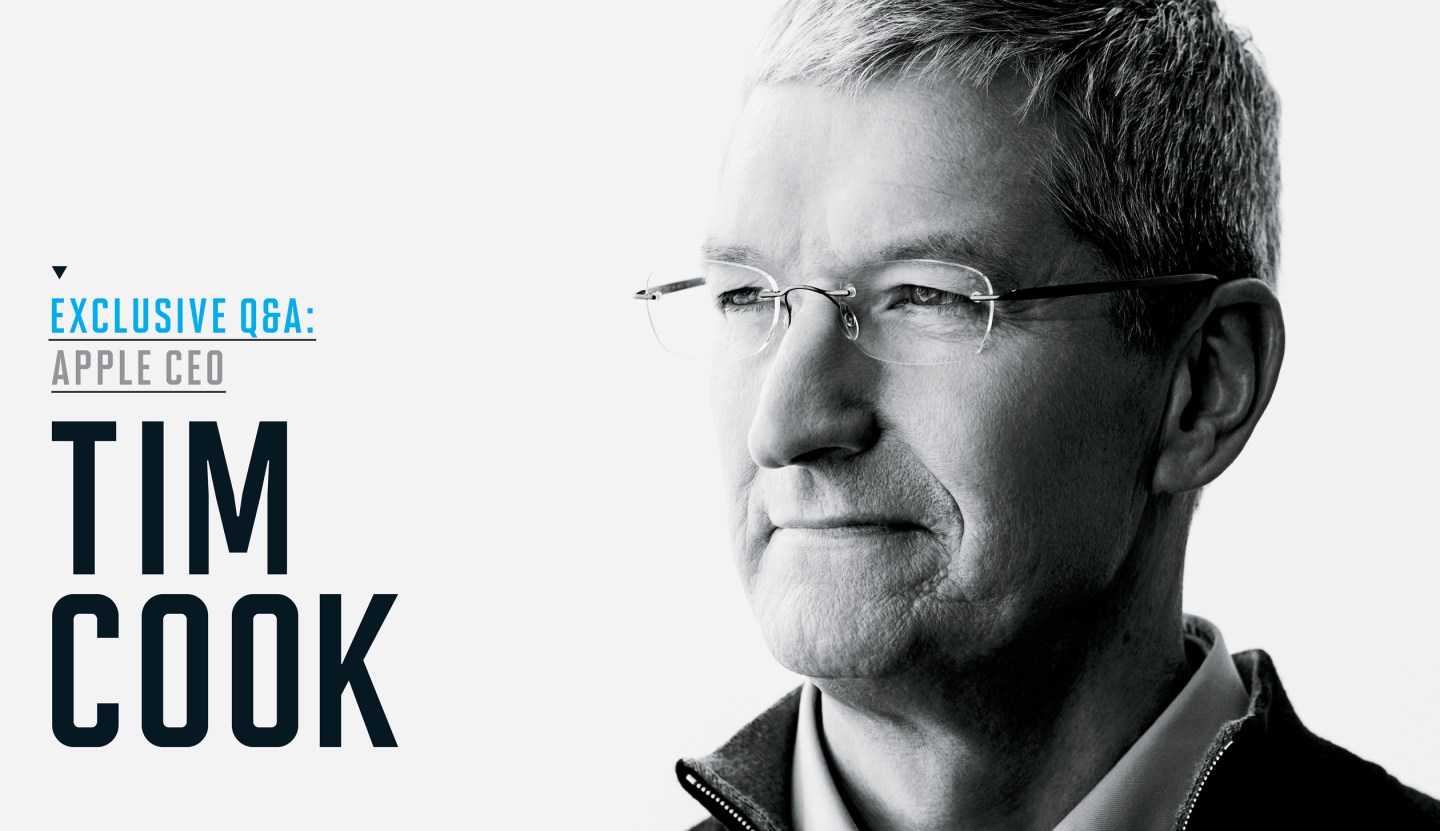 Photograph by Joe Pugliese for Fortune

Timing is everything, and mine was less than perfect in landing a relatively rare interview with Apple CEO Tim Cook a few days before the company’s kerfuffle with the United States government over encryption broke out. Regrettably, I didn’t raise the subject during our 23-minute dialogue.

Before addressing what I did discuss with Cook, whom I profiled in Fortune a year ago and six-plus years before that too, here are some thoughts on the great privacy debate. Two of the best overviews and arguments I’ve read come from the Wall Street Journal, a learned and clear-thinking editorial and a column from Holman Jenkins. My take: Apple undoubtedly believes it is standing on principle, yet its resistance to those who protect us borders on churlishness. Apple’s resistance also is futile: It will lose this skirmish, and life will go on.

Speaking of life, and business, going on, the two bits I encourage you to focus on in my interview with Cook involve Apple’s widely reported but still secretive car project. Apple is Fortune’s most-admired company, as judged by other business executives, for the ninth consecutive year. This is true in no small measure because the world admires Apple’s appetite for risk and willingness to act boldly. (To state the obvious: Its position on encryption furthers the argument.)

Cook told me that it’s unlikely Apple would spend gobs of money on a project and then abandon it. The critical bit came next. Investing in capital equipment such as tooling constitutes gobs of money, not hiring teams of several hundred to pursue ideas, which is what Apple purportedly has done. The mere existence of a large auto team proves nothing about Apple’s intentions. Not yet anyway.

I also asked Cook if he thought a contract manufacturer could build a car. This is a hot topic in the auto world, a decades-old, soup-to-nuts industry. Cook was demonstrative: A car could be built following the same model that Apple builds smartphones and computers.

To review, Apple hasn’t yet shown publicly it is building a car, but if it does it won’t have to build new factories to do so.

Could there be more exciting times?