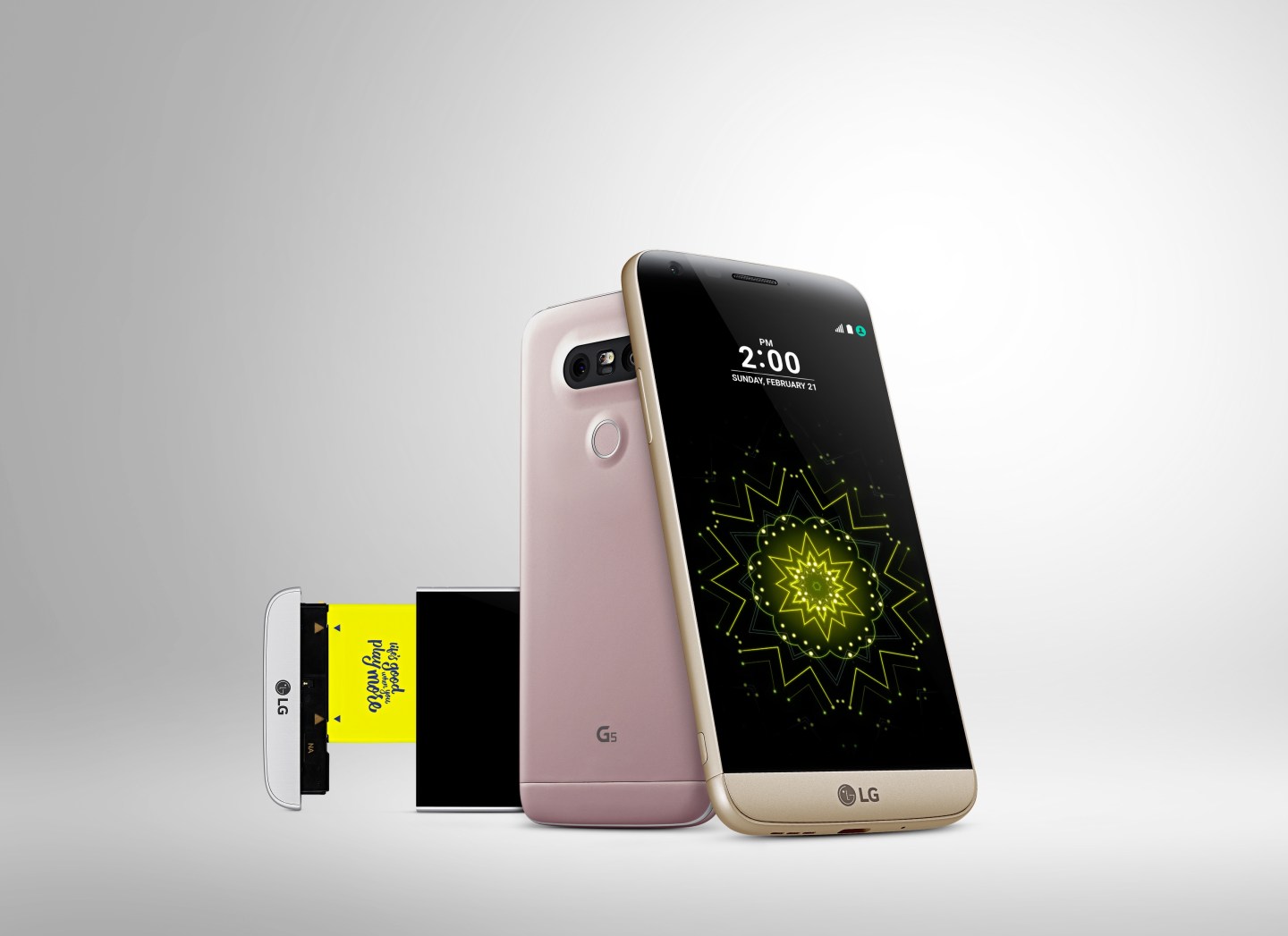 At first glance, the LG G5 looks similar to most Android smartphones on the market. An aluminum frame outlines a high-definition display. Volume buttons now flank the left side, and the power button pulling double-duty as a fingerprint sensor is found just beneath a pair of camera lenses on the back.

What makes LG’s latest flagship smartphone unique is that the bottom of the device houses a slide out module for removing the battery.

Essentially, the company has designed the G5 in such a way that it was able to switch from a plastic housing to aluminum while still boasting a removable battery.

“We’ve listened to the consumers and our fans, and they said “bring metal,” Frank Lee, director of communications of LG Mobile in the U.S, recently told Fortune. Lee continued, “What’s kept us from [a metal housing] is that we wanted to make sure that the design and form factor could accommodate a removable battery.”

Instead of dealing with a removable aluminum back plate that could easily bend as a user takes it on and off, the bottom of the G5 slides out of the device, bringing the battery with it.

On paper and in pictures it appears to be an ingenious solution, but I’ll reserve final judgement until I’m able to put it to the test.

This setup serves more than one purpose, as it allows vendors, developers, and LG (LGCEY) itself to create accessories that plug into the G5. For example, LG also announced the CamPlus, a camera grip that uses the slide out module to connect to the G5, and offers the user better control over the camera app while also extending the battery life of the device.

For more on the future of smartphones, watch our video.

In a bid to differentiate itself from the likes of Samsung and Motorola, LG reduced the screen size on the G5. Previous flagship models from LG had a 5.5-inch display, but the G5 has a smaller 5.3-inch display.

Another unique feature of the G5 is its always-on display. A small section of the display is constantly on, displaying time, date, notifications, and music controls.

“We did some research and found people were checking their phone, on average, 150 times a day for these pieces of information,” Lee explained. The feature won’t drain your battery, however, thanks in part to new capabilities of the Qualcomm Snapdragon 820 processor powering the G5, according to Lee.

The G5 will come in four different colors: Pink, silver, gold, and titanium. Exact availability and pricing will be announced on a carrier-by-carrier basis.

LG also announced a virtual-reality headset that connects to the G5 using an USB-C cable to display images and video on two screens embedded into the headset. Again, LG is taking a unique approach to its VR headset. Samsung’s (SSNLF) Gear VR headset, for example, uses a smartphone as the screen when placed in the front on the headset. By removing the smartphone from the front of its VR product, LG claims the headset is the lightest, weighing in at 118 grams.

A 360-degree camera, an LTE-equipped GoPro-like action camera, and updated LG Tone Bluetooth headsets were other products announced by LG.