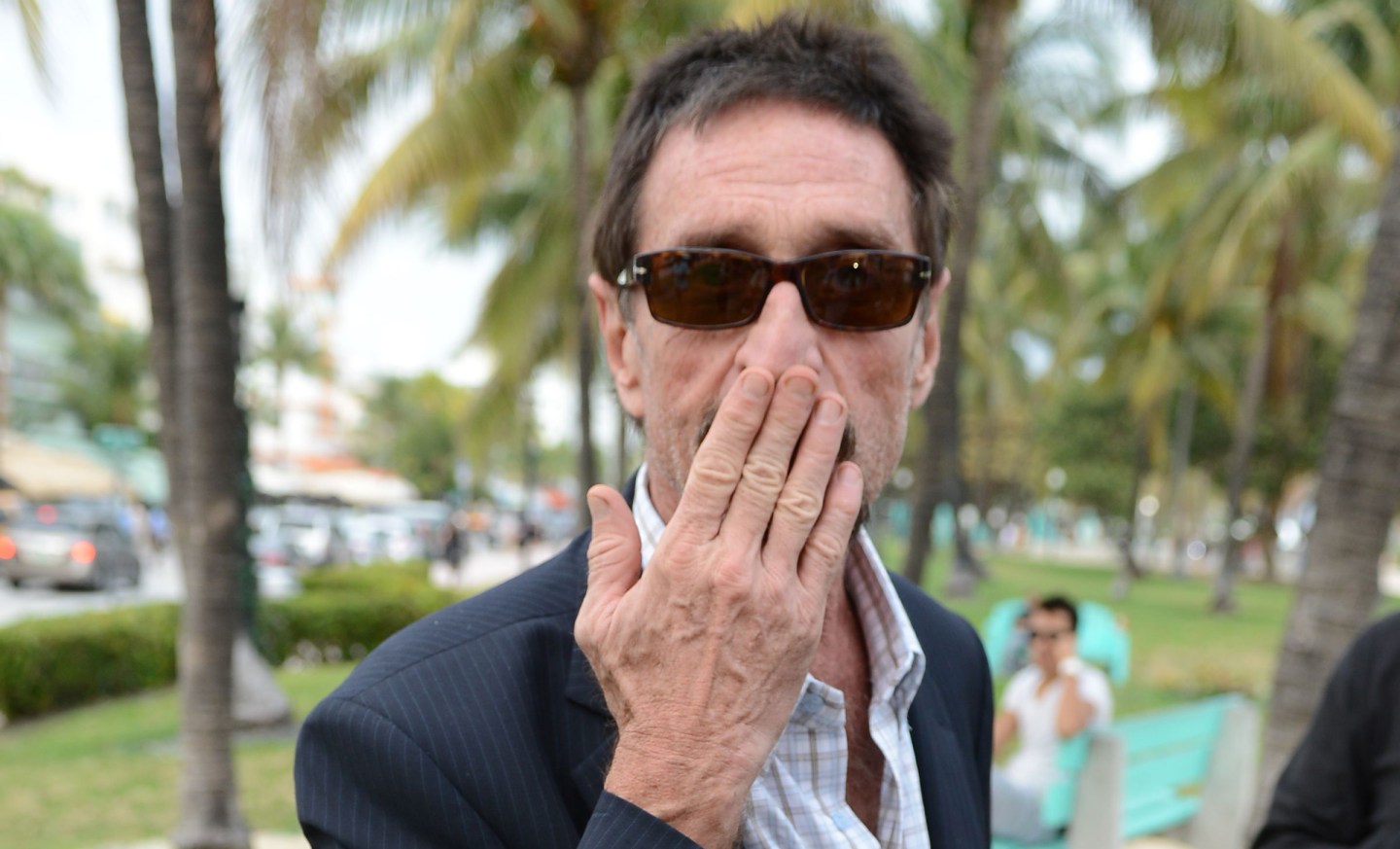 John McAfee, namesake to the once-powerful cybersecurity company, says he’s willing to decrypt the iPhone at the center of the dispute between Apple (AAPL) and the Federal Bureau of Investigation “free of charge” so that Apple does not have to allow a new means of access to its otherwise secure smartphone.

In the days following the December terrorist attack in San Bernardino, the FBI requested that Apple provide data stored on a suspect’s device. Apple has with each new generation of iPhone reinforced the encryption measures on it; this time, Apple told the FBI it couldn’t help. The FBI countered by asking Apple to make a new version of the iPhone’s operating system that circumvented several important security features, to be installed on an iPhone recovered during the investigation. Apple declined.

“It would be the equivalent of a master key, capable of opening hundreds of millions of locks—from restaurants and banks to stores and homes,” Apple CEO Tim Cook wrote in a statement. “No reasonable person would find that acceptable.”

McAfee says he’s willing to help. “I will, free of charge, decrypt the information on the San Bernardino phone, with my team,” he wrote in an essay published at Business Insider. “We will primarily use social engineering, and it will take us three weeks. If you accept my offer, then you will not need to ask Apple to place a back door in its product, which will be the beginning of the end of America.”

“I work with a team of the best hackers on the planet. These hackers attend Defcon in Las Vegas, and they are legends in their local hacking groups, such as HackMiami. They are all prodigies, with talents that defy normal human comprehension. About 75% are social engineers. The remainder are hardcore coders. I would eat my shoe on the Neil Cavuto show if we could not break the encryption on the San Bernardino phone. This is a pure and simple fact.”

He added: “And why do the best hackers on the planet not work for the FBI? Because the FBI will not hire anyone with a 24-inch purple mohawk, 10-gauge ear piercings, and a tattooed face who demands to smoke weed while working and won’t work for less than a half-million dollars a year. But you bet your ass that the Chinese and Russians are hiring similar people with similar demands and have been for many years. It’s why we are decades behind in the cyber race.”