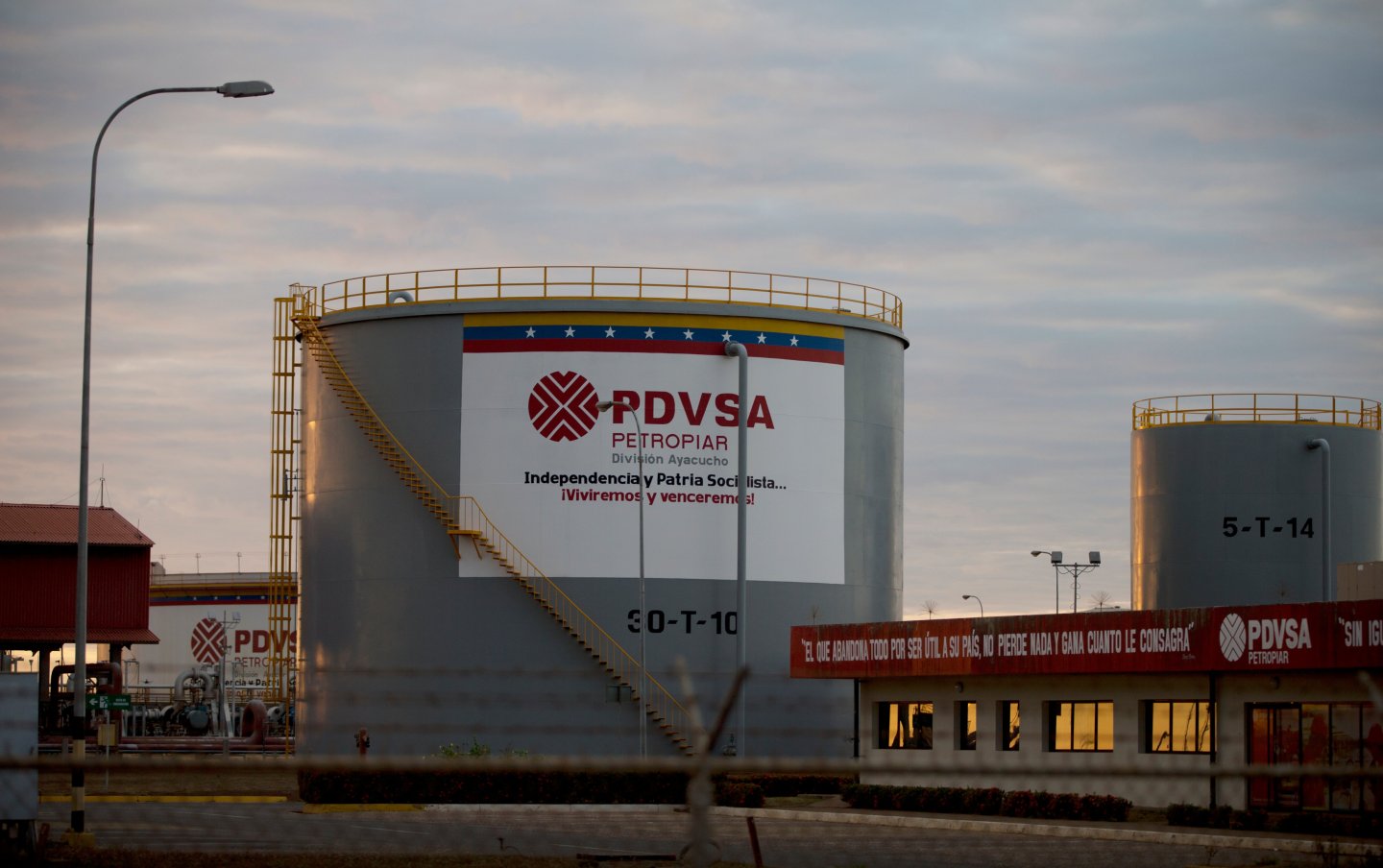 In this Feb. 18, 2015 photo, storage tanks stand in a PDVSA state-run oil company crude oil complex near El Tigre, a town located within Venezuela's Hugo Chavez oil belt, formally known as the Orinoco Belt. U.S. petroleum exports to Venezuela, much of it fuel additives to dilute the countrys heavy crude, have grown 12-fold in the past decade as domestic refineries go unmaintained. (AP Photo/Fernando Llano)
Photograph by Fernando Llano – AP

Venezuela’s government, which sharply hiked gasoline prices on Friday, will not increase the price of diesel because that could feed into higher food and bus fares, President Nicolas Maduro said on Saturday.

The government raised the price of gasoline for the first time in nearly 20 years, raising it over 1,300 percent for 91-octane gasoline and over 6,000 percent for 95-octane, though it still remains the world’s cheapest gasoline.

“I decided to leave diesel as it is, not to touch diesel so that there’s no problems with cargo or public transport,” Maduro said in a televised broadcast.

As the majority of Venezuela’s cargo and public transport uses diesel, according to the president, an increase in diesel costs would likely trigger higher food and bus prices, hitting poor Venezuelans hardest.

Inflation in 2015 hit 180.9 percent, according to the central bank, and this year the International Monetary Fund predicts it will surpass 700 percent. The value of the country’s bolivar currency has dwindled on the black market, and there are shortages of everything from food to medicine.

The fuel increase will bring in much needed hard currency though many economists see it as nowhere near enough.

Venezuela’s 91 octane gasoline now costs 1 bolivar per liter (1.057 quarts) and 95 octane gasoline 6 bolivars – the latter being 60 U.S. cents at the strongest official exchange rate though just a sixth of a cent at the black market rate.

Diesel will continue to cost just 0.048 bolivars per liter, or just under half a U.S. cent at the strongest official exchange and 0.0048 U.S. cents a liter at the black market rate.