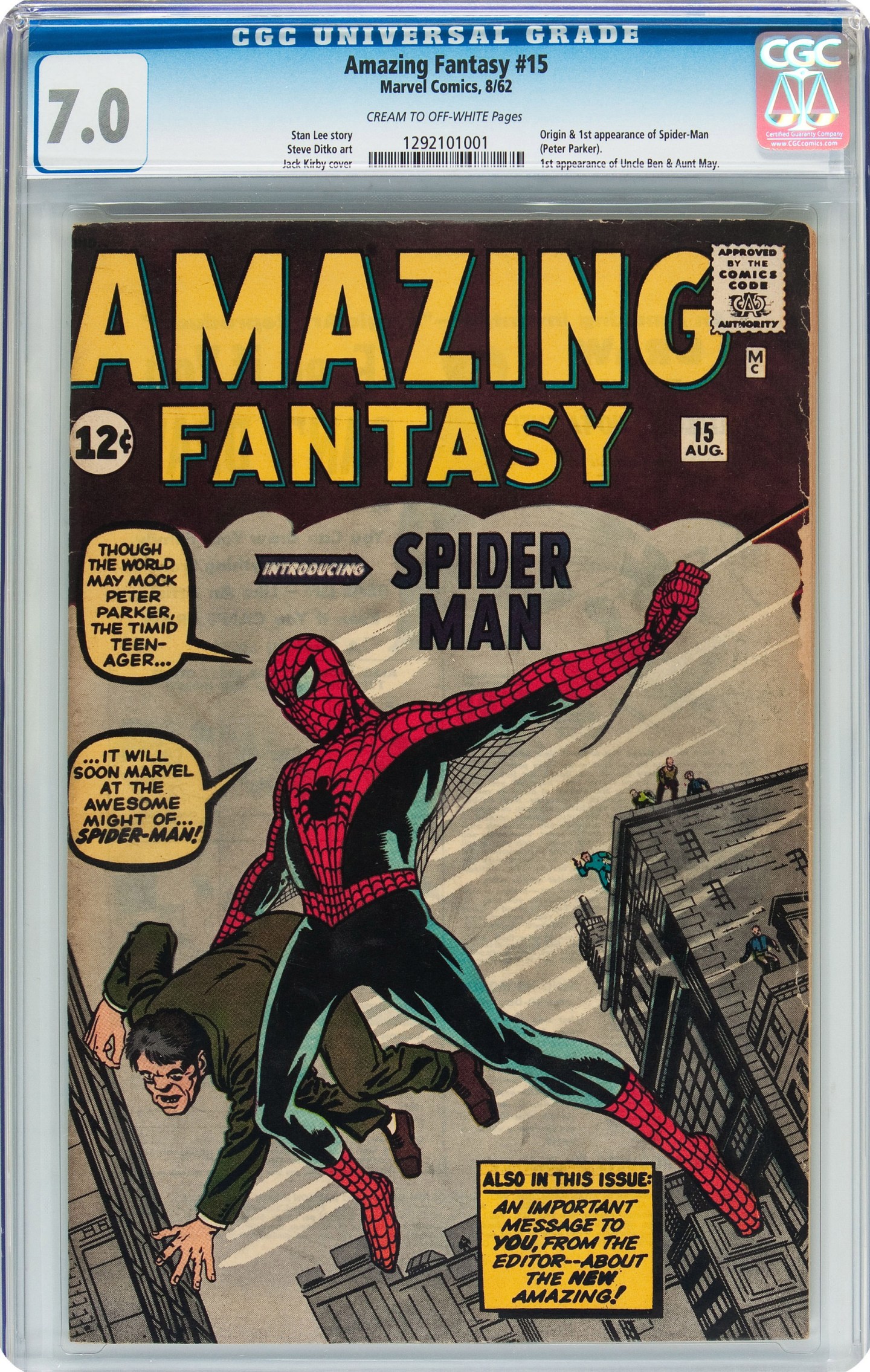 CORRECTS SPELLING OF YAKOBOSKI - This undated photo provided by Heritage Auctions shows the comic book "Amazing Fantasy" No. 15, by Marvel Comics. This comic book will be going up for sale at an auction by Heritage on Feb. 18, 2016. A similar comic book with a higher rating bought by Walter Yakoboski in 1980 for $1,200 could fetch $400,000 or more at the upcoming auction. (Heritage Auctions via AP)
Photograph by AP

The comic is the first-ever Spider-Man appears in, according to the Associated Press. It was sold by Heritage Auctions to an anonymous collector.

The publication reported that the owner of the comic book, Walter Yakoboski, of Long Island, N.Y., purchased it in 1980. At the time, he paid just $1,200 for it as an investment.

In December, Fortune reported that Spider-Man’s co-creator Stan Lee turned 93. He’s also responsible for the creation of Thor, Iron Man, and the Hulk.

In August, the world’s most expensive comic book sold for $3.2 million, a copy of Action Comics #1, is Superman’s first and cost just 10 cents when it was first sold, as the New York Post reported.