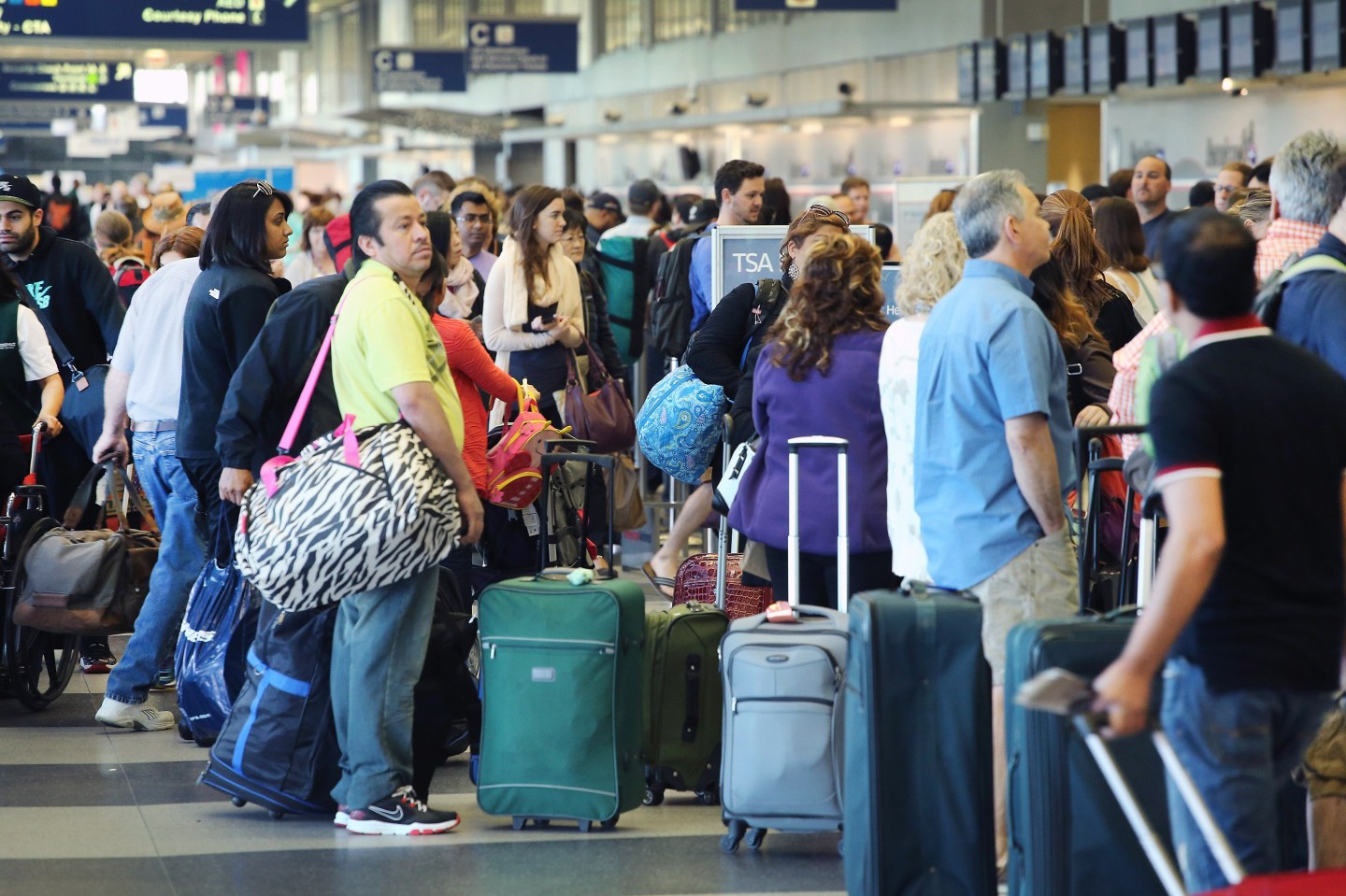 CHICAGO, IL - MAY 23: Passengers wait in line at a security checkpoint at O'Hare Airport May 23, 2014 in Chicago, Illinois. Chicago's O'Hare and Midway International Airports expect 1.5 million passengers over a six-day travel period covering Memorial Day weekend beginning Thursday, May 22 and running through Tuesday, May 27. AAA forecasts the number of drivers taking to the roads for the holiday will hit a 10-year high, with roughly eight in ten Americans taking road trips during the long weekend. (Photo by Scott Olson/Getty Images)
Photograph by Scott Olson — Getty Images

Airline complaints soared nearly 30% last year, according to new numbers from the U.S. Department of Transportation (DOT), a 15-year high. American Airlines (AAL), which merged with US Airways, attracted the most complaints, while discount carrier Spirit (SAVE) drew the most grievances on a per-passenger basis.

The government received 20,170 complaints from consumers, up from the total of 15,539 complaints received in 2014. While grievances filed with the DOT represent only a fraction of overall complaints, they are thought to be a reliable barometer of airline customer service.

The last time complaints exceeded the 20,000-level was in 2000, when the DOT recorded 23,381 grievances. The most complaints ever received by DOT in a year happened in 1987, when regulators recorded 44,813 complaints.

Discount airline, Spirit, is roughly 12 times smaller than American, but it still managed to draw 2,069 complaints, making it the third most complained-about airline in the United States.

“We are confident that our performance will continue to improve throughout 2016,” says American spokesman Ross Feinstein. Spirit didn’t immediately respond to a request for comment. This story will be updated when Spirit responds.

The DOT reports complaints so that consumers can compare the overall complaint records of individual airlines to determine which airlines offer the best service “and select airlines based on that knowledge,” says spokeswoman Namrata Kolachalam “The complaints also serve as a basis for investigations, rule-making, legislation, and research.”

The government data also revealed other key performance metrics for the U.S. airline industry. Among the key numbers:

The DOT numbers point to a growing divide between airlines and passengers. They suggest that it’s possible to run an airline that performs well operationally but alienates its customers with draconian rules and unfriendly service. Domestic airlines may be safe, efficient and run on time, but these numbers suggest that passengers can’t stand to fly.

And they’re making their voices heard, too. Interestingly, a new survey of social media sentiment found that American Airlines, Frontier and Spirit had among the most customer complaints on Twitter.