Kendall and Kylie Have Another Mobile App Hit 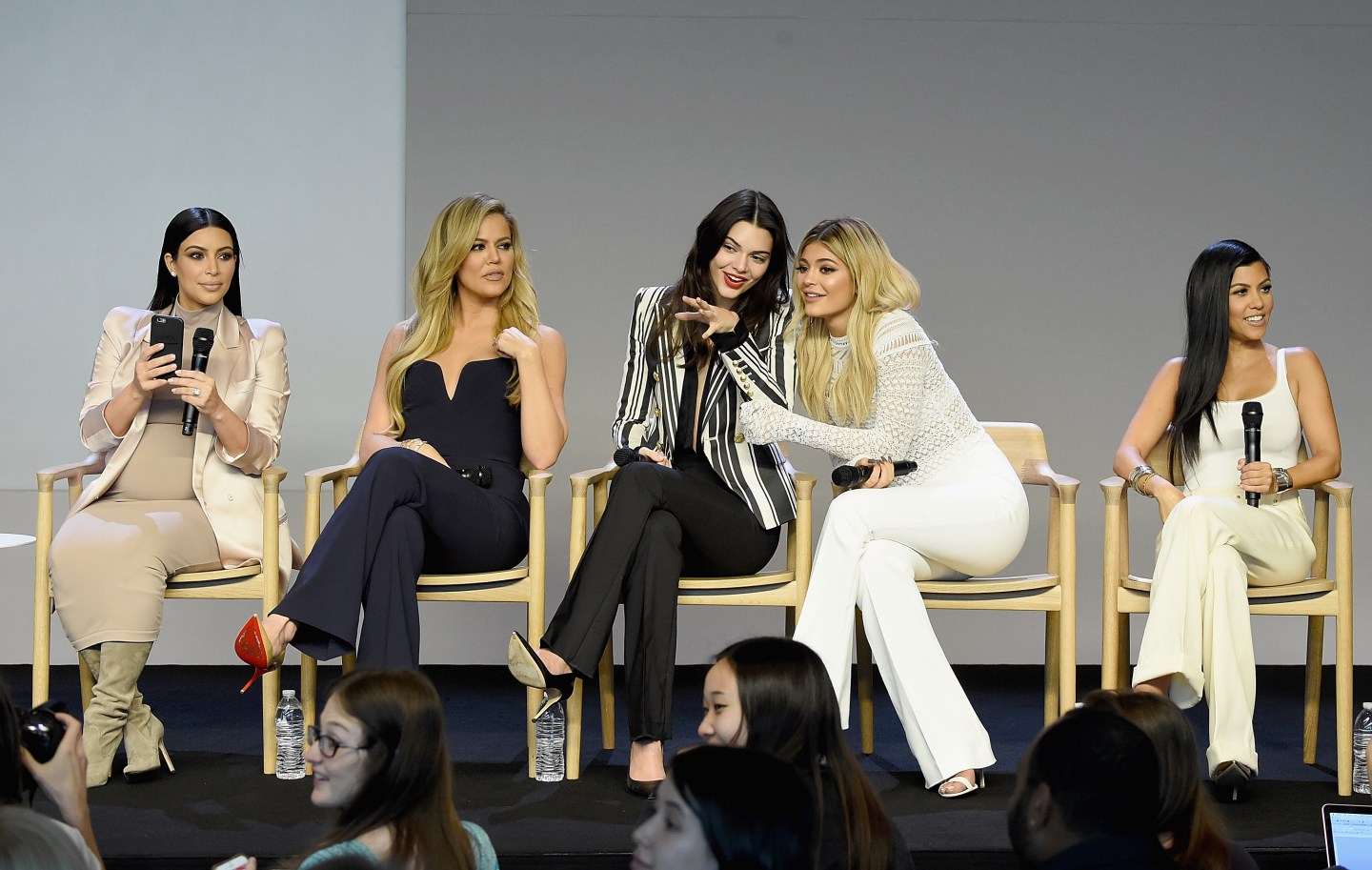 The Kardashian-Jenner clan has another mobile hit on its hands.

A new mobile app featuring Kendall and Kylie Jenner has launched, and already it’s shot to the 17th spot of top free apps in Apple’s (AAPL) App Store. In just a matter of hours, it’s earned over 1,100 user reviews, and earned an average rating of four-and-a-half stars out of five.

Designed by Glu Mobile (GLUU), the same company that developed several other Kardashian family apps, Kendall and Kylie places gamers into a virtual Los Angeles where they happen to meet—you guessed it—Kendall and Kylie Jenner. After that serendipitous meeting, gamers are tasked with building their fame and starting “a life in fashion, media, and more,” Glu said in a statement on Wednesday. Along the way, they’ll receive some messages from the Jenner sisters, who act as “friends and supporters who help you connect with the right people.”

The mobile app world has been an exceedingly profitable market for the Kardashian-Jenner sisters. Kim Kardashian West, arguably the most famous of the sisters, made a reported $74 million in 2014 on her first mobile app. That game was also developed by Glu. Late last year, Kardashian West was another big hit on smartphones with the launch of her Kimoji app, offering users more than 250 Kardashian-themed emoticons.

But Kim hasn’t been the only sister to do well in the mobile app marketplace. Last year, Kim, along with her sisters Khloe, Kendall, and Kylie, launched individual media apps. The apps offer users a personal look into the sisters’ lives, and offered a mix of free and subscription-based content for $2.99 per month. Those apps, however, were developed by Los Angeles-based app maker Whalerock Industries.

Last year’s launch proved to be a test of each sister’s star power, and at least when it came to downloads, Kim was surprisingly behind the rest. App data firm Apptopia revealed at the time that after its first week of availability, Kylie Jenner’s app was downloaded 1.75 million times. Khloe and Kim could only muster 498,000 and 477,000 downloads, respectively. Still, a day after their launch in September, all of the apps topped the iOS app charts.

The Kendall and Kylie app has more features than those apps. Glu said in a statement that users can snap a picture of themselves, choose facial expressions, customize their personal style, including makeup, hair, and accessories, and much more. The ultimate goal is to raise the user’s level of fame by growing his or her online following. That’s achieved through sharing photos, completing tasks, and participating in photoshoots. There’s also a social element that lets users connect with others, so they may access each other’s shares and “help each other succeed.”

For more on the Kardashian-Jenner apps, watch:

The Kendall and Kylie app is available for free in both Apple’s App Store and the Google (GOOG) Play marketplace. While the game shows ads, the Jenner sisters could also make some cash on a slew of in-app purchases, ranging from a $1.99 “Get It Started” kit to a $100 “premium” pack of in-game “K-Gems.”

Looking ahead, Glu won’t be slowing its celebrity-focused apps. In February, the company announced that it had signed an exclusive multi-year deal with prominent music artist Taylor Swift. The first Swift app will launch later this year. And given her worldwide popularity, it’s possible that game will be as successful (if not more so) than the Kardashian apps.