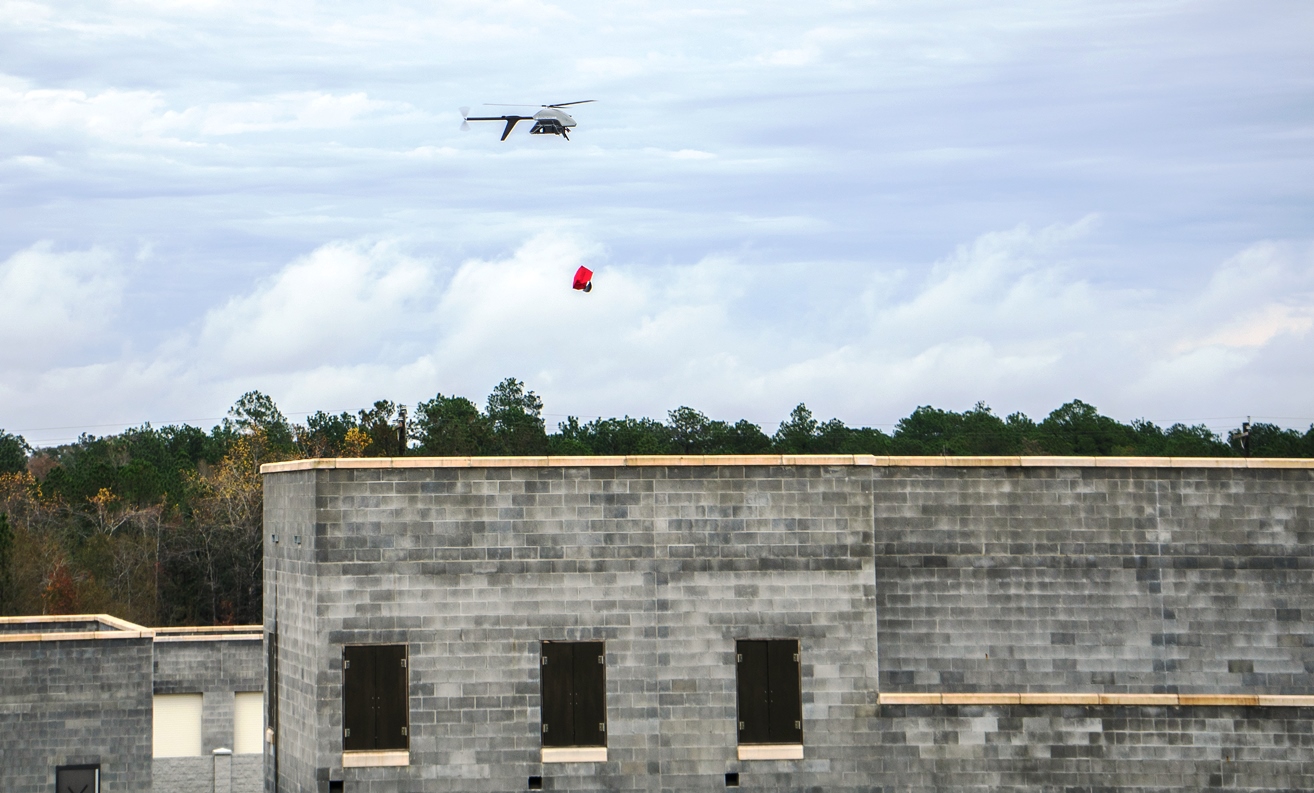 Jeff Schweitzer was in Camp Shelby, Miss., days after Hurricane Katrina struck New Orleans and the U.S. Gulf coast in 2005. At the time he was an interoperability architect with the U.S. Army’s CIO/G-6 team, and was working to set up a communications hub at Camp Shelby to manage the emergency response.

“We had 54 agencies that responded to that event—and it was obviously an utter disaster,” Schweitzer recalls.

Now a chief innovation architect for Verizon, Schweitzer’s tackling the same sort of problem at the telecommunications giant: How to set up a pop-up communications network to quickly coordinate an emergency response effort, and how to do it while using the most modern tools the company has. That’s why Schweitzer returned to Camp Shelby last month to help Verizon complete a test of the newest device it plans to add to its response team—drones.

When natural disasters strike, Verizon turns to the specialized workers of its Major Emergency Response Incident Teams. These are the people who head out in mobile command centers and satellite trucks to restore basic communications in the event tornadoes or hurricanes knock out power lines or destroy cell towers. Generally this is enough, but sometimes street signs are part of the carnage making it more challenging to navigate, or some disaster zones are so isolated it’s difficult to reach areas where help is needed the most.

“How do you get people moving around when even the simple things we take for granted aren’t available to us?” Schweitzer says. “Looking up for a street sign and the street sign is no longer there—it complicates the response efforts tremendously.”

At the end of January, Verizon had a hand in a 14-mile, round-trip, autonomous drone flight at the Mississippi National Guard’s Camp Shelby. The drone in this test, a Pulse Aerospace Vapor 55 unmanned helicopter, carried a 10-pound payload of units of blood and a field surgical kit. Verizon wasn’t flying the drone, but within an hour it had set up a cloud communications network so that everyone on the ground could observe the drone mission as it was happening and send messages to each other—like a warning if the drone was veering off course—using everyday consumer smartphones, tablets, and laptops.

In a call with Fortune, Schweitzer mentioned what Verizon (VZ) pulled off last month was the sort of communications network that would’ve been useful right after Katrina struck.

What Verizon is now doing with drones mirrors what another large company in a different industry entirely is doing. In early January, Ford (F) announced a drone-to-vehicle challenge in conjunction with DJI, makers of the popular Phantom quadcopter. The intention is similar: Find a way to use Ford Sync vehicle technology to communicate with an airborne drone that could be deployed to survey disaster areas that even versatile ground vehicles can’t get to.

For more on Ford and DJI watch our video.

The applications are a no-brainer, but implementing this on a wider scale will be the challenge. As it stands, the Federal Aviation Administration’s proposed small UAS rules, which might be finalized as early as June, require a drone to remain within an operator’s line of sight.

In a disaster zone, where there are no guarantees, a drone pilot might not have the luxury of line-of-sight operations. But a pop-up communications network could tell the first-responders on the ground what they need to know, even if they can’t see the drone.

“The intent in most regards is that the drones are able to fly all by themselves,” Schweitzer says. “There’s a lot of debate in this. But wouldn’t it be cool if you could have a pilot trained to use a drone flown in as an advance party to start getting information from the sky? The faster you can get accurate information, the better you’ll be able to respond and recover.”