Here’s How To Turn Customers’ Good Intentions Into Better Outcomes 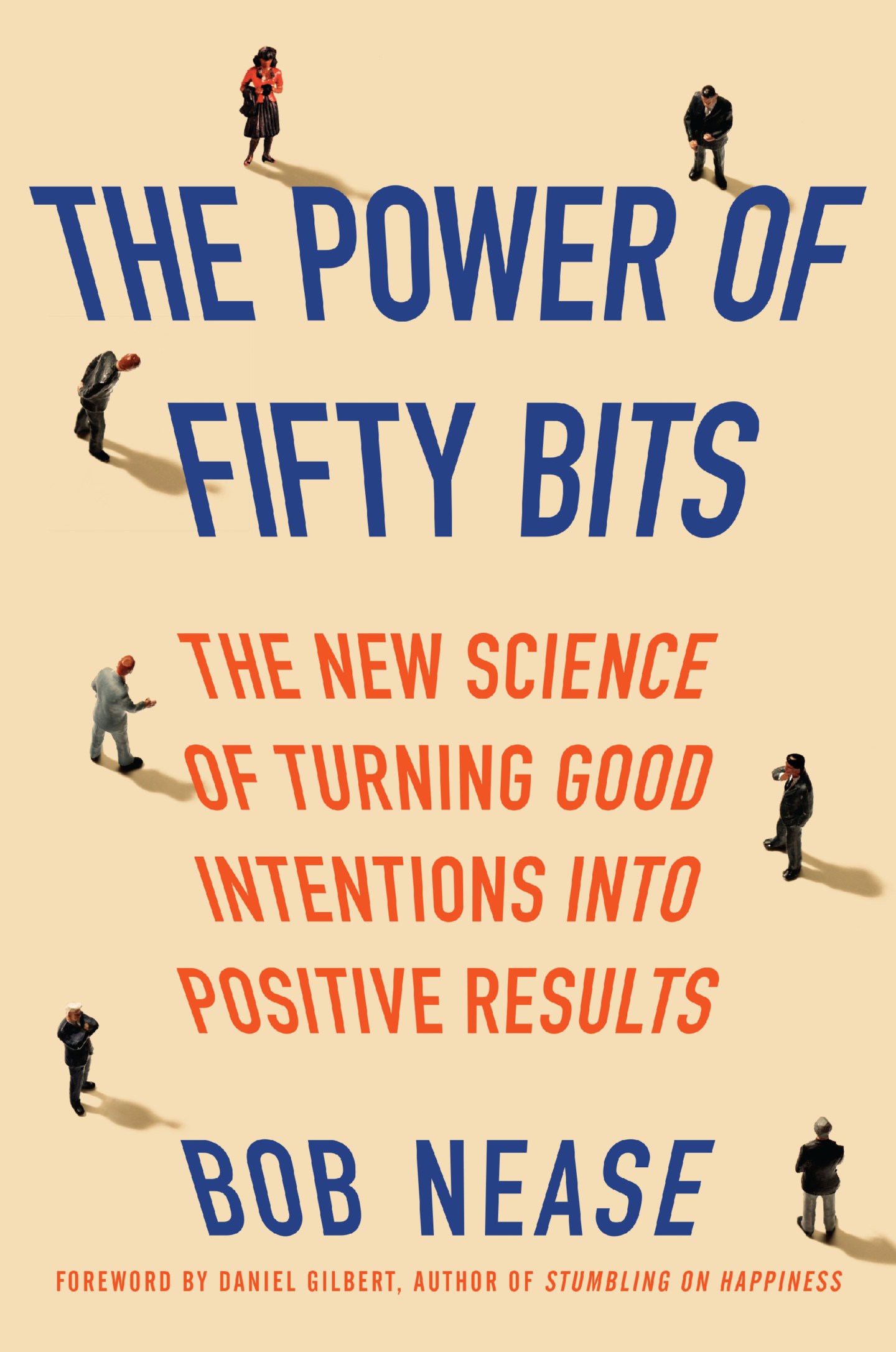 Courtesy of Harper Business, an imprint of HarperCollins Publishers.

Last year, Americans spent nearly $60 billion on diets and another $45 billion on exercise and fitness. The result? Two-thirds of American adults are still overweight or obese, and one-third of children are right behind them.

We’re late changing the oil in our cars. We swear we won’t wait until the last minute to do our taxes or turn in our term papers. We cement our intentions to get into shape by buying treadmills and elliptical machines… the majority of which wind up as clothes racks for the outfits we wish we could squeeze into.

The fact that people make lousy decisions and behave badly is old news. In fact, improving human behavior – whether our own or that of others – has been a goal of a number of disciplines for a very long time. For educators the challenge is seen as a lack of understanding; the solution is better education. For marketers the problem is misplaced intentions of consumers; the solution is clever cajoling so as to ignite a desire that didn’t exist before. For many religious leaders the trouble is our sinful nature or weak moral fiber; the solution is submission to a higher power and adherence to a strict set of rules.

But each of these approaches fails to account for an important scientific reality: of the 10 million bits of information that our brains process each second, the decision-making part of our brains – our minds – can only run at 50 bits per second. In essence, our brains are wired for inattention and inertia, so we focus on whatever is pressing or pleasurable, letting almost everything else slide. Over time, the gap between our internal intentions and our outward actions grows.

For most of us, this new point of view resonates deeply: We know that we want to save more money, eat right, exercise more, be more charitable, and the like. Unlike prior approaches, 50 bits design rejects the assumption that we are poorly educated, hoodwinked by others who are in the know, inadequately incentivized, resistant to change, or of questionable moral character. The goal of 50 bits design isn’t to change peoples’ minds, but to instead activate the good intentions that already exist.

Fifty bits design rests on seven strategies. Three of these are the “power” strategies; you should use them because it has been repeatedly demonstrated that they can measurably improve choices and behaviors. There are three “enhancing” strategies as well as one overarching strategy.

The astounding success of one charity during the midst the recent recession demonstrates the power of the 50-bits approach. From 2007 to 2011, charitable donations nationwide dropped by 3%. But during the same period, individual contributions to PetSmart Charities were up a whopping 85%.

The clue can be found in PetsMart checkout lines. Smack dab in the middle of the transaction – right between ringing up your total and approving the charge on your credit or debit card – a message pops up on the point-of-sale monitor. It poses a simple question:

The screen conveniently provides a few suggested donation amounts, as well as a giant red “NO THANKS” button positioned so that everyone within glaring distance can observe your decision.

Rather than trying to convince customers to donate, PetSmart Charities simply requires consumers to deliberately make a donation decision, tapping any latent desire for charitable giving.

If we are to make any headway in solving the world’s most pressing problems, we must make significant strides in unleashing better human behavior. Better behavior is mission critical for everything that matters to us as individuals, families, organizations, communities, and as a species. My deep hope and strong belief is that 50 bits design will be an important part of our success.

Excerpted from The Power of 50 Bits: The New Science of Turning Good Intentions into Positive Results by Bob Nease, PhD, the former chief scientist of Express Scripts. Copyright © 2016 by Bob Nease. Provided courtesy of Harper Business, an imprint of HarperCollins Publishers.