Why This Year’s Grammy Gift Bags Include Xbox One Controllers 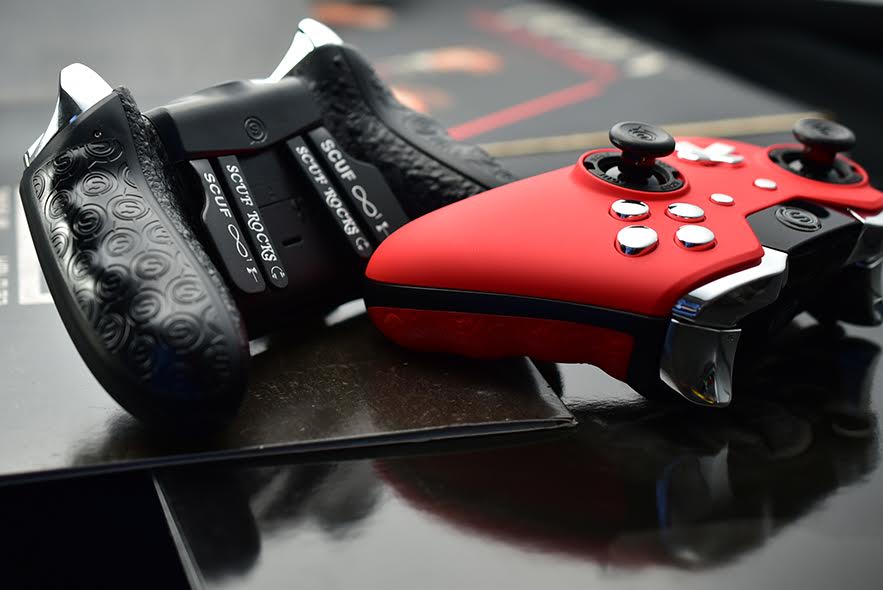 Scuf Gaming is a small Atlanta-based video game company that makes custom console controllers for professional and everyday gamers. From its inception five years ago, the company has partnered with top eSports gamers and teams to establish its products as the go-to console controllers in eSports.

Over 90% of console pro gamers across titles such as Microsoft’s Halo 5, Activision’s Call of Duty: Black Ops 3, and Hi-Rez Studios’ Smite use Scuf Gaming controllers, according to Duncan Ironmonger, CEO and co-founder of Scuf Gaming.

Now the company is going mainstream by offering artists and presenters at the 58th Annual Grammy Awards Xbox One and PC Scuf Infinity 1 controllers and accessories in the official talent gift bags and backstage gift lounge.

The controllers can cost up to $195. They’re just one of the many goodies in the Grammy gift bags for this year’s show, which airs on CBS on Feb. 15.

Scuf Gaming will have several Xbox One consoles available to test out the custom controllers in the Grammy gift lounge backstage in the Staples Center in Los Angeles. Adele, Lady Gaga, Justin Bieber, Skrillex and LL Cool J might be found trying their hand with the controller on games such as Call of Duty: Black Ops 3, Halo 5: Guardians, Forza Motorsport 6, and FIFA 16.

“There is a natural connect between the top performers in the music industry and our audience of top gamers, so reaching out to the Grammy organizers to discuss our involvement seemed a logical next step,” Ironmonger says. “Many of our fans are musicians, celebrities, and band members who regularly play video games both on tour and at home.”

One such band is Avenged Sevenfold, which worked with Scuf Gaming to release a Scuf Hybrid Avenged controller in 2013 and has a new Scuf Infinity 1 Avenged controller launching in a few weeks. Lead singer M. Shadows, who’s a huge Call of Duty gamer, says video games have given artists a medium that used to be exclusive to MTV and radio.

“Opportunities that used to exist through these channels have dried up and now we feel the best ways to reach our potential fans is through gaming,” Shadows says. “It’s young, fresh, intelligent, and exciting.”

Lash Fary, founder and president of Distinctive Assets, says with so many gentlemen on the Grammy stage, his LA-based entertainment marketing and gifting company has always sought out cool tech items to satisfy the male artists’ love of gadgets.

“Gaming has been a hit in the past, so whether they are gamers themselves or simply get to return home after Grammy rehearsals and be a hero with their kids, we’ve included a couple great gaming-related gift items in the official talent gift lounge,” Fary says.

Unlike a traditional controller, each Scuf controller is handmade by one of 200 employees after its been customized online by the gamer. That process is being re-created within the 5,000-square-foot gifting lounge by offering artists a variety of colors and accessories to choose from. Then they can play games while their controller is being built.

For more on musicians and Xbox, watch:

Ironmonger is using the Grammys to establish additional relationships with musicians who game. The partnership with Avenged Sevenfold has been successful in extending the Scuf brand to the band’s global rock audience, he says.

“Music is one of the few things that go hand in hand with gaming and eSports,” Ironmonger says. “Many of our sponsored pro players and influencers play music during their live streams, practice matches, and scrimmages.”

Scuf Gaming, which filed 55 patents and had 17 granted for the technology that makes the Infinity 1 controller a reality, licensed its technology to Microsoft (MSFT) for its $150 Xbox One Elite Controller, which has been selling out at retail since it launched last year.