How Bad Was Income Inequality on the Titanic? 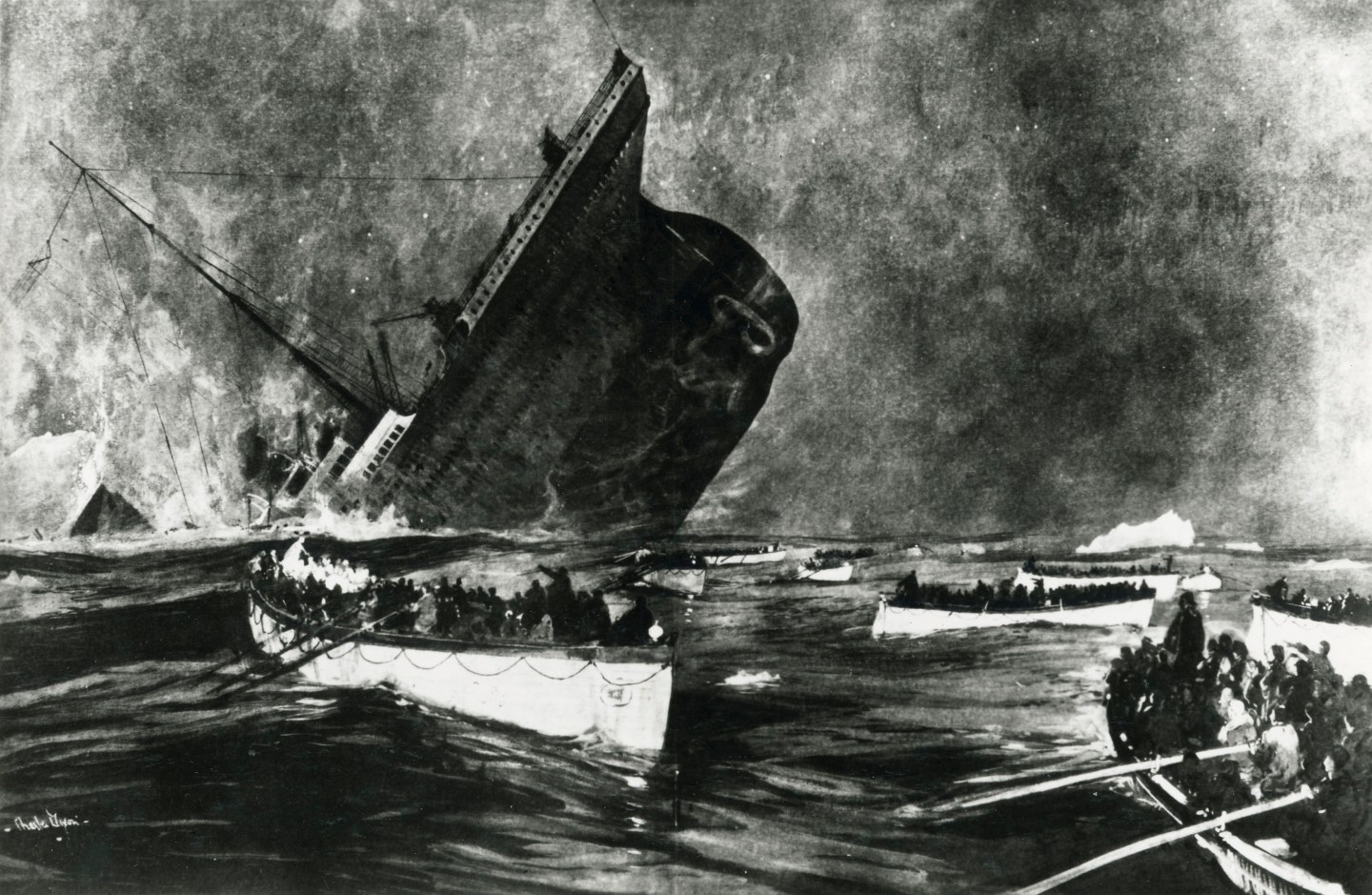 UNITED KINGDOM - MARCH 19: Engraving of the ship sinking after hitting an iceberg in the Atlantic Ocean. RMS Titanic was built in Belfast, Northern Ireland, by Harland and Wolff Shipbuilders. Nearly the length of three football fields Titanic was, at the time, the largest moving object ever created and also one of the most lavishly appointed ships ever built, and was the middle ship of three new super-liners. Her older sister, Olympic, served as a reliable member of the White Star fleet until she was scrapped in 1935 after striking and sinking the famous Nantucket lightship off the eastern coast of the United States. Her younger sister, Britannic, met a fate similar to that of Titanic during World War I when she struck a German mine off the coast of Greece and sank in less than an hour. (Photo by SSPL/Getty Images)
Photograph by Getty Images

“I am so sick of the 1% getting this preferential treatment,” Sanders’ immigrant passenger says after Larry David’s boorish character insists his family wealth entitles him to a seat in a lifeboat. “Enough is enough.”

So, how bad was income inequality on the Titanic, really? Pretty, pretty, pretty bad, as David might say.

As the author Walter Lord noted in his classic account of the Titanic disaster, A Night to Remember, the famous “women and children first” rule of the sea only went so far. “Somehow,” he wrote, “the loss rate was higher for third-class children than first-class men.”

True, some of the Titanic’s one-percenters didn’t take advantage of their position. Most famously, John Jacob Astor IV, age 47, put his pregnant 18-year-old wife in a lifeboat and went down with the ship. Reputedly the richest American of his day, Astor controlled a family fortune estimated in contemporary newspaper accounts at as much as $200 million in 1912 dollars, the equivalent of nearly $5 billion today.

When his body was recovered a week later, his pockets held the soggy equivalent of nearly $60,000 in 2015 dollars, plus an ample supply of English currency, French francs, silver, and gold.

Other one-percenters behaved perhaps less admirably. Among those vilified in the disaster’s aftermath were Sir Cosmo and Lady Duff Gordon, a Scottish aristocrat and his fashion designer wife. They and their secretary left the Titanic in a lifeboat that held just 12 people, despite having a capacity of 40. Sir Cosmo was later accused of bribing the crew to row away from the sinking ship as well as not to turn back and rescue other victims, a charge he and his wife denied. Their lifeboat was mocked in the press as the “Money Boat.”

Still, no one seemed to deny a remark attributed to Lady Duff Gordon. Watching the huge ship disappear beneath the waves, with some 1,500 children, women, and men still aboard, she supposedly lamented to her secretary, “There is your beautiful nightdress gone.”