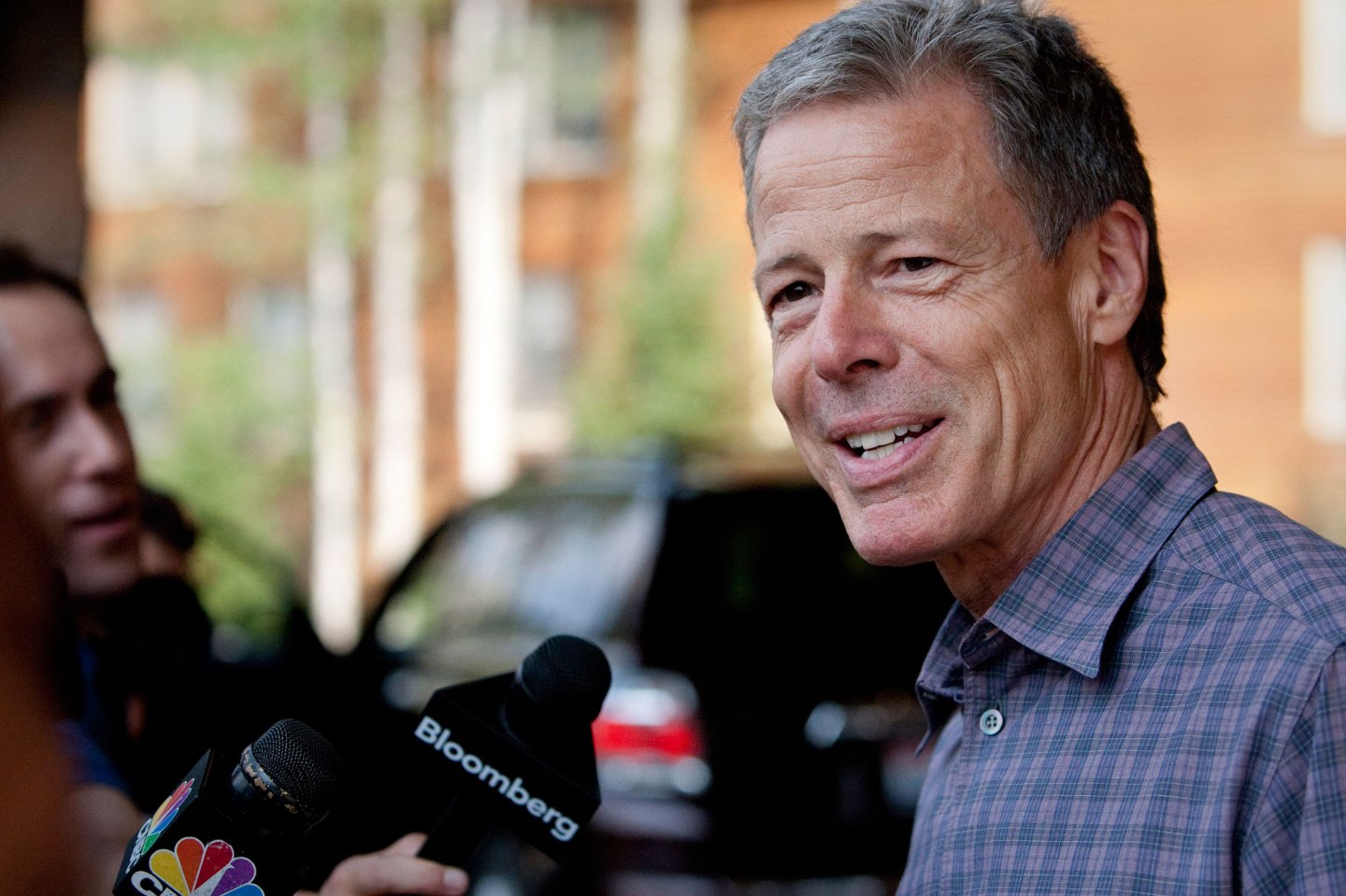 The company’s shares were up 1.3% in premarket trading on Wednesday.

Time Warner (TWX) said it expected adjusted earnings of between $5.30 per share and $5.40 per share for 2016. Analysts on average were expecting $5.26 per share, according to Thomson Reuters I/B/E/S.

Time Warner had cut its adjusted profit forecast to $5.25 per share from “close to $6” in November, citing a strong dollar.

Time Warner reported a 6% fall in total revenue to $7.08 billion in the fourth quarter ended Dec. 31, hurt by a lack of hit movie releases from Warner Bros.

Revenue at Warner Bros fell 13% to $3.3 billion. In the year-earlier quarter, the studio released hit movies such as “The Hobbit: The Battle of the Five Armies,” “Interstellar,” and “Annabelle.”

The $5 billion share buyback was effective Jan. 1 and includes the amount remaining under a prior authorization, the company said.

Analysts on average had expected a profit of $1.01 per share and revenue of $7.53 billion.