The U.S. May Be Even More Broke than You Think 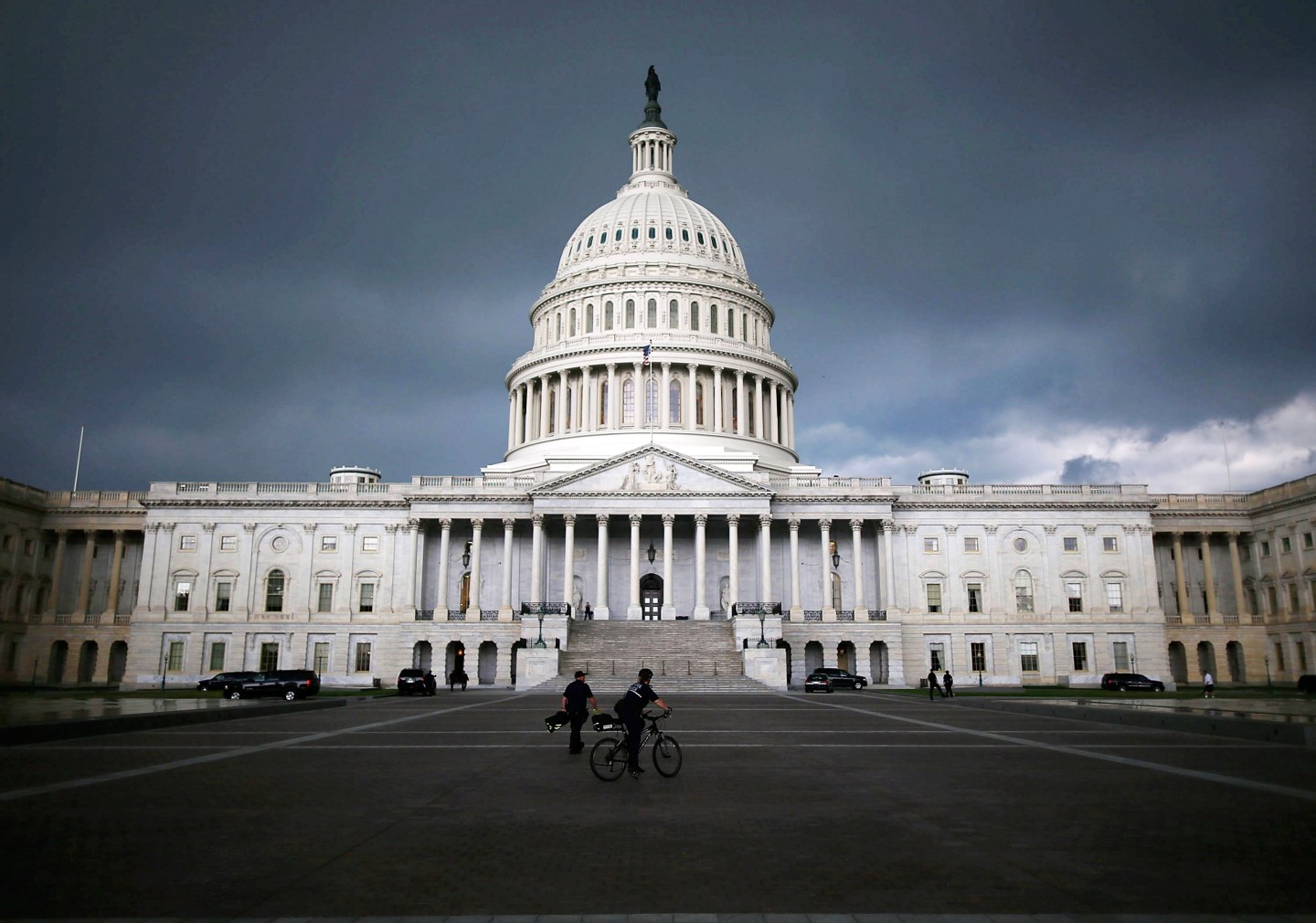 America may be a whole lot more indebted that we think.

Critics of government spending often say that U.S. government owes more than the total value of the gross domestic product, nearly 103%, as a reason for why we need to rein in the government and fast. This is the same measurement, for instance that is used by the folks who run the U.S. debt clock, and is featured on the website of the Republican-run House Financial Services Committee.

Those who like to downplay the U.S. government’s overall indebtedness will usually point to smaller figure, just under 74%, which is the total debt held by the public. That excludes debt owned by arms of the federal government, like social security trust fund. The thinking goes that if the government owes this money to itself, that’s not nearly the same thing as owing money to a member of the public or a foreign government.

But a recent analysis by the Federal Reserve Bank of Chicago may indicate that both the group that dismiss the U.S.’s debt as manageable and those who worry about it, may be understating just how in hock the U.S. government is. Here’s the chart from their study:

The number debt worrywarts cite is at the top on the right. A little further down is the smaller percentage. But as you broaden out the measures of debt to include what we owe future social security recipients, and even further to include what we owe in promises to future seniors in terms of Medicare or current government workers in the form of pensions, you get the bottom number, that our actual debt load is a staggering 288% of GDP.

And that may be understating things as well.

The above chart from the same study relies on a different set of estimates for future liabilities, but the difference between what the United States has promised and what other wealthy nations have promised their citizens in the future is stark. Even compared to Greece, by this measure the U.S.’s debt looks onerous. According to Rebecca Friedman, Mark Wright, economists with the Chicago Fed, American projected liabilities are higher than its wealthy peers because of health care. In an email they write:

These numbers are high for the USA because health care costs are higher in the USA than elsewhere, and have been rising faster. When this is combined with relatively fast population growth (compared to Europe), a large liability is found. This is true even after controlling for the fact that much of Europe’s (and Japan’s) population is aging faster than the USA.

The authors also stress, however, that this more comprehensive measurement of government debt has its drawbacks, most importantly that it relies on projections of future healthcare costs. The above figures do not take into account a recent slowing of growth in healthcare costs that Obamacare advocates attribute to the effects of the law. If that trend continues—a hotly debated proposition—than the net present value of our healthcare promises will be smaller.

So the question is why haven’t we done more to address the nation’s looming debt problems. Six years ago, the Republican party won one of the most lopsided victories in Congressional history, winning back the House of Representatives and robbing Democrats of their supermajority in the Senate. Back in 2010, the federal debt and deficit were growing at a dramatic pace, and the newly emergent Tea Party Republicans used this trend to great effect at the ballot box.

But even before these newly-elected Republicans had a chance to agitate for budget cuts, the federal deficit was already shrinking by the time the new Republican class took office in 2011. That’s because as the economy started to grow again, federal spending on programs like unemployment insurance declined, and tax receipts grew as a function of an expanding economy. When you add to this budget control measures like the 2011 “sequestration” bill, we have seen the budget deficit fall year after year.

Second, public opinion has turned against debt fighting. According to a poll released in January by the Pew Research Center, the percentage of Americans who say that reducing the budget deficit should be a top priority is now at 56%, down from a high of 72% in 2013. A recent Gallup poll showed that just 5% of Americans consider the federal budget deficit and debt to be the most important issue, while the number one issue, “dissatisfaction with government,” garnered 16% support.

Presidential candidates are responding to this shift in public opinion. After the Republican presidential ticket lost in 2012 on a platform of tax cuts tilted towards the rich and turning Medicare from an open-ended entitlement to a block-grant program run mostly by the states, GOP candidates this time around have abandoned running on a plan to shrink deficits and the debt.

The timing of this shift in political winds is painfully ironic. Back in 2010, when debt-phobia was gripping the public, the U.S. economy was severely under capacity, and so efforts to cut government spending would have only served to compound the economic malaise at that time. Today, with an historically low budget deficit, economists estimating that we’re at full employment, and budget projections showing that the deficit will only grow from here as the country ages, it is actually an opportune time to have a serious discussion over how to pay for the things we’ve promised American citizens.

The United States likely still has plenty of time to bring its tax receipts more in line with its promises to citizens, both on the federal and state levels. But the sooner it begins to address the discrepancy, through tax, entitlement, and healthcare reform, the less painful the transition will be for taxpayers and the receivers of benefits alike.