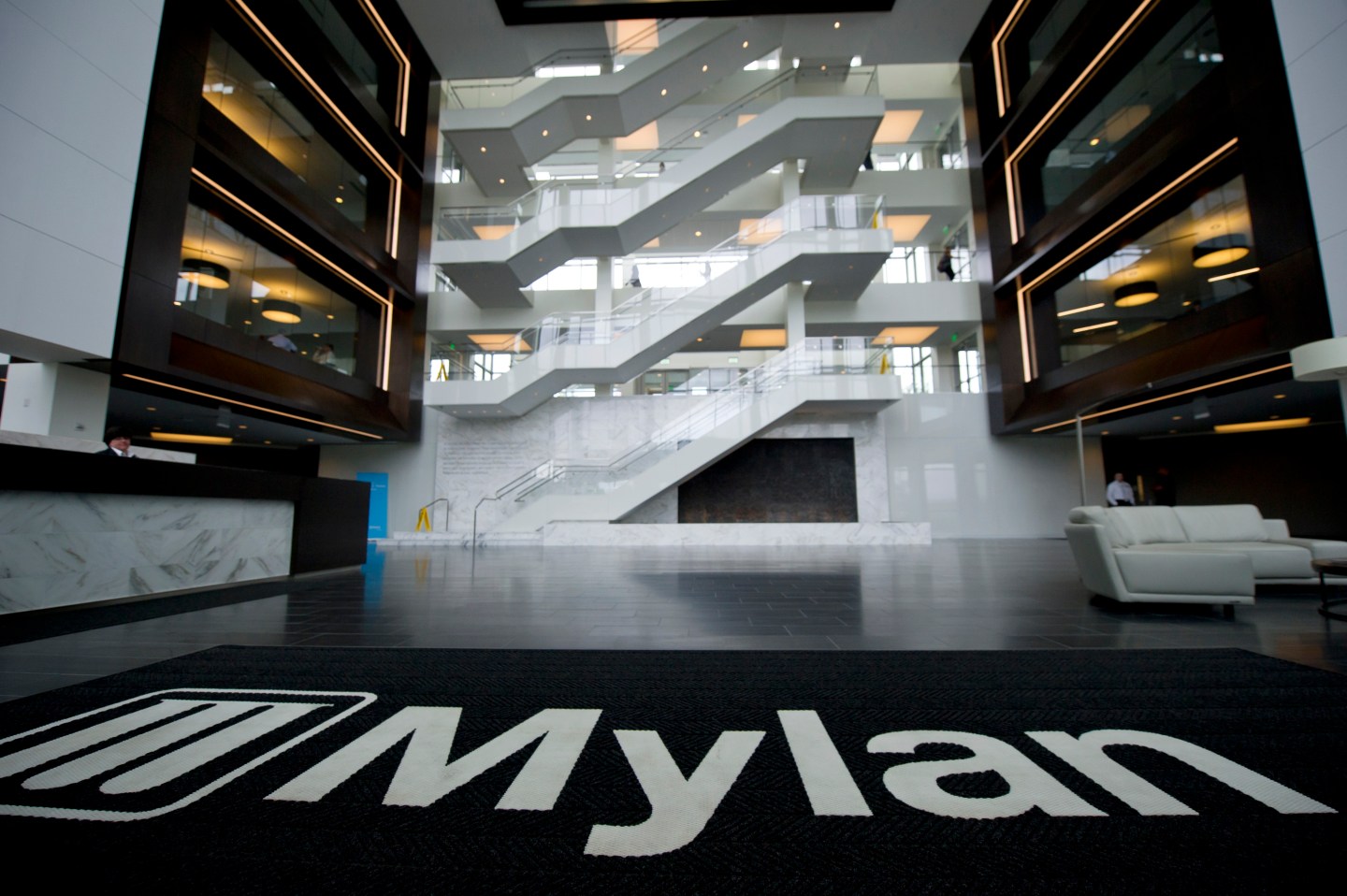 Correction: The headline on the original version of this story incorrectly stated Mylan had “Successfully Closed” a deal for Meda; the agreement is still subject to shareholder and regulatory approvals. Fortune regrets the error.

Mylan, the biggest U.S. generic drug maker, agreed to buy Sweden’s Meda for about $7.2 billion in a cash and stock deal announced Wednesday. The bid reflects a 92% premium over Meda’s closing share price.

The offer, which was recommended by Meda’s board, was for 165 Swedish crowns (about $19.62) per share. Two of Meda’s major shareholders, including Sweden’s billionaire Olsson family, own 30% of the stock said they would accept the bid. Meda had a market valuation of about $3.7 billion before the deal was announced.

The agreement represents a multiple of approximately 12.9-times Meda’s 2015 adjusted earnings before interest, taxes, depreciation, and amortization. The deal is expected to immediately add to Mylan’s (MYL) earnings and generate savings of about $350 million by streamlining operations between the two drugmakers. Meda’s sales are expected to add up to 40 cents additional earnings per share in 2017.

Mylan has been courting Meda for years and was rejected by the rival drugmaker for the second time in April 2014. At that time, it had raised its offer to about $6.7 billion, but talks failed and communication between the two was cut off.

“Meda brings us greater scale, breadth and diversity across products, geographies and sales channels, and together we will have an even stronger global commercial infrastructure,” said Mylan CEO Heather Bresch in a statment. “We have been very clear about our commitment to enter the OTC space and continue our expansion in emerging markets and, with this transaction.”

Meda, which has a range of dermatology and respiratory products, had sales of $2.34 billion in 2014, about two-thirds of which were in western Europe. Mylan, for comparison, brought in $9.45 billion in sales last year. About $2.22 billion of that was from Europe. Mylan expects that the two companies will leverage their “complementary therapeutic presence” to maintain “critical mass across commercial channels in Europe.”