Europe Stocks Up, Asia Down As Investors Wait for Yellen 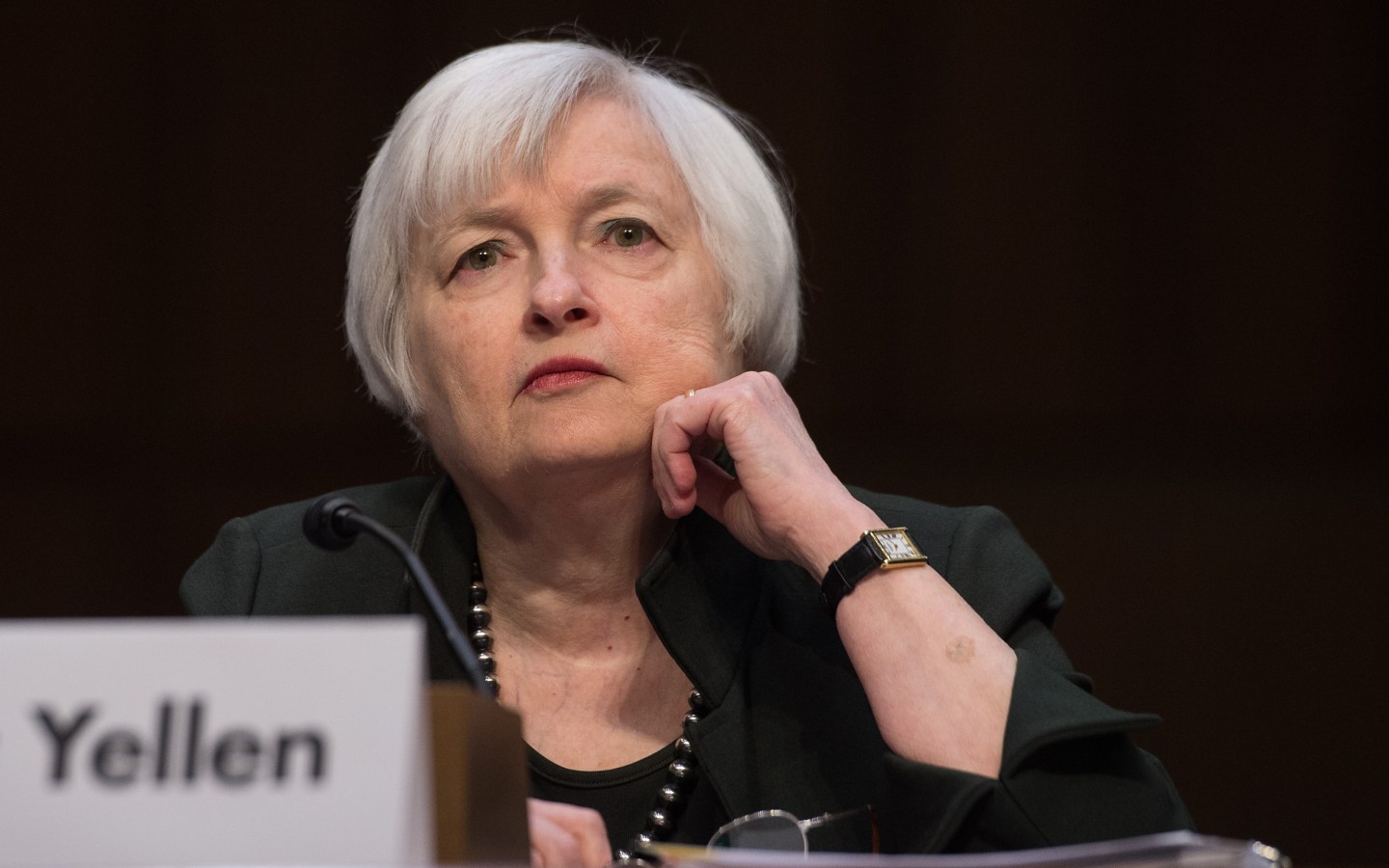 European stocks rose on Wednesday, rallying after losses in Asia, as concerns about the health of banks that have hammered shares globally in recent days eased and oil prices recovered from Tuesday’s steep falls.

The more upbeat tone took the shine off safer assets such as the Japanese yen and low-risk government debt, though gold powered ahead for the eighth day in nine.

Investors and traders were looking ahead to Congressional testimony from Federal Reserve chair Janet Yellen for clues to the outlook for monetary policy. Sharp falls in global stocks and weak U.S. economic data have led markets to slash expectations for the pace and extent of Fed interest rate rises to follow December’s first hike in nearly a decade.

The pan-European FTSEurofirst 300 index rose 1.5%, with investors cheered by a Financial Times report that Deutsche Bank (DB) was considering buying back several billion euros of its debt.

Germany’s flagship lender, whose shares have fallen almost 40% this year, rose more than 7%. The STOXX Europe 600 banks index was up 3.5%.

“The rebound in Deutsche Bank is helping to reassure some investors who had been concerned about possible contagion in the banking sector,” said Francois Savary, chief investment officer at Geneva-based Prime Partners.

The FTSEurofirst index has fallen for the last seven trading days and on Tuesday hit its lowest since September 2013.

The big banks’ fortunes are seen as closely linked with the global growth outlook, which is faltering, while the adoption by several major central banks of negative interest rates to help lift growth has hit their business.

Those concerns have spread across the globe and on Wednesday helped drive Tokyo’s Nikkei index to its lowest since 2014. Mitsubishi UFJ Financial Group fell 7.1%.

Oil prices, which fell 8% on Tuesday, picked up after Iran said it was open to cooperation with Saudi Arabia on current conditions in the market.

Brent crude, the international benchmark, rose 73 cents to $31.05 a barrel, though prices were expected to stay volatile.

Rising stocks dulled the appeal of perceived “safe-haven” assets, among which the yen has shone lately.

The Japanese currency, gained 0.5% against the dollar but was below a 15-month high hit on Tuesday. It last traded at 114.50 yen per dollar.

BNP Paribas currency strategist Michael Sneyd, in London, said Fed chair Yellen’s testimony, due at 8:30 a.m. ET, was unlikely to provide any kind of rebound for the dollar.

“It seems we’re likely to remain in this regime where the dollar continues to lose ground against the euro and the yen.”

Ten-year Japanese government bonds closed in Tokyo yielding 0.005%, having hit a record low of -0.035%. The JGB yield went negative on Tuesday, in the wake of the Bank of Japan’s introduction of negative policy rates on Jan. 31.