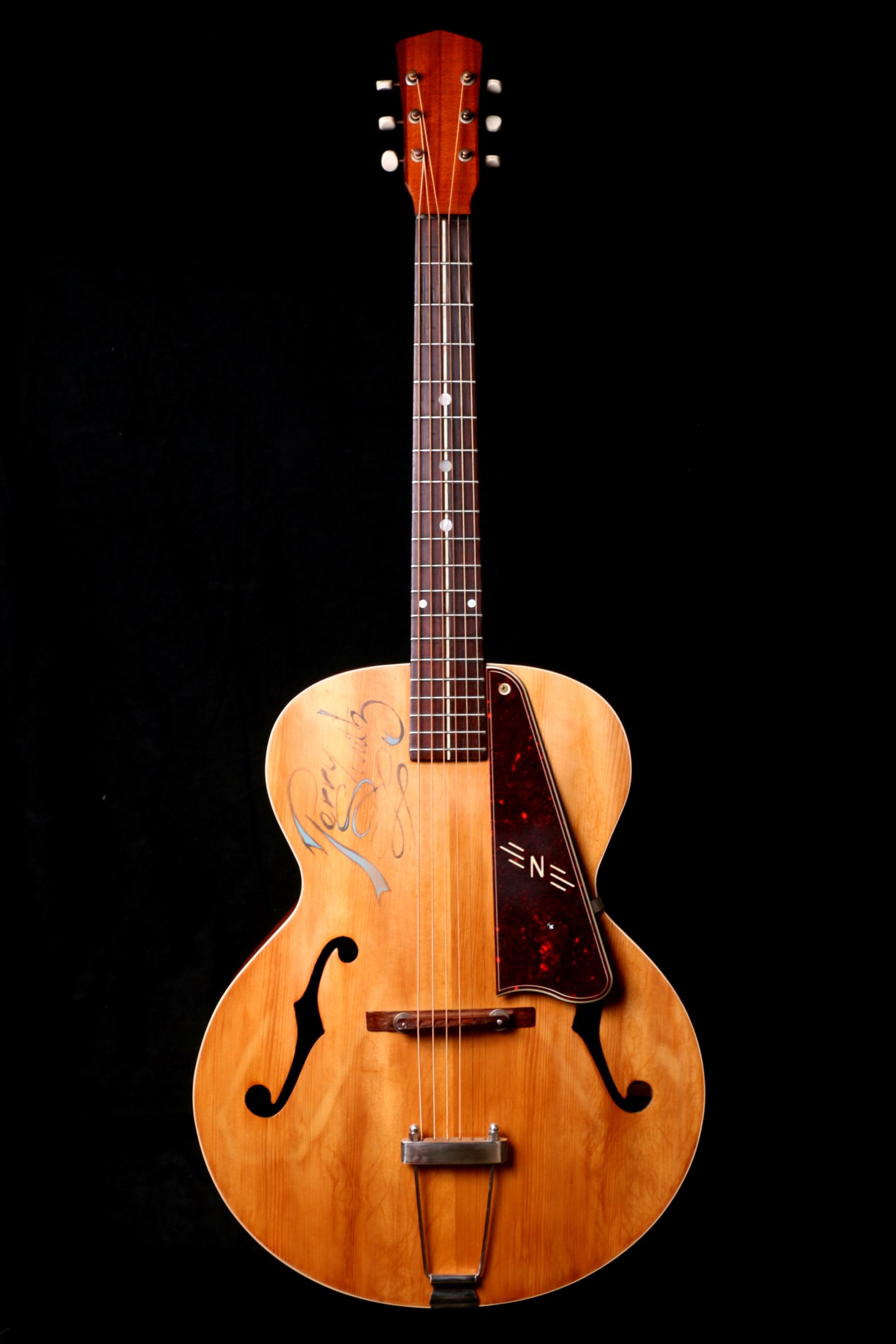 Nearly 300 collectible guitars, including instruments owned, played or autographed by music gods like Eric Clapton, Eddie Van Halen, and U2 will be up for sale at an auction on February 27 by New York auction house Guernsey’s in a new test for the vintage musical guitar market.

The auction, one of the largest of the year of music-related items, will also be offering guitars from other eras including acoustic instruments from as far back as the 1880s and extend beyond the world of six-stringed instruments to include a hodgepodge of memorabilia like a Celine Dion microphone and the plaque commemorating “Hotel California” by the Eagles reaching gold status.

In all 284 guitars will be sold among a total of 496 items up for auction in New York and online. (Other instruments include mandolins and the like.)

The headline act at the auction is a Stevie Ray Vaughan owned-and signed 1966-67 Fender Stratocaster that Guerney’s estimates will fetch between $250,000 and $500,000.

Another notable guitar for sale is a yellow-and-black Charvel guitar, customized for Eddie Van Halen in 1982 including the original bill of sale made out to the musician. Guernsey’s expects the guitar to get bids between $60,000 to $80,000.

There are also two guitars from the 1967 Oscar-winning move “In Cold Blood” on the block. One was used by actor Robert Blake in the role of killer Perry Edward Smith in the movie based on the classic by Truman Capote, and the other is an actual guitar owned by Smith. Both are being offered together in one lot with a pre-sale estimate of $150,000 to $200,000.

The auction comes at a time the vintage guitar market remains far from all-time highs in 2008, when the financial crisis squashed the market for such indulgences. Vintage Guitar magazine tracks the market using an index made up of 42-classic guitars, including a 1960 sunburst Stratocaster, a 1961 Les Paul SG, and a 1931 Martin OM-28. As the screenshot of the index shows, the vintage guitar market has been quite plat in recent years, and about 20% below levels in 2008 when a 17-year boom put values into the stratosphere.

To be sure, the index tracks the very top of the market, the most highly coveted guitars which tend to keep their value, or at least more so than autographed instruments would. So if the auction is a disappointment, it won’t necessarily reflect on the top end of the market.

Still, the auction features many notable instruments that should attract serious collectors: A 1959 Gibson owned by Franny Beecher, the lead guitarist for the rock and roll band Bill Haley & His Comets, with a price estimate range of $20,000 to $25,000; four guitars associated with Eric Clapton,including two autographed instruments.

What’s more, Guernsey’s has not set minimum reserves for the items, likely reflecting confidence in the auction. And on February 27, collectors will have a better sense of how the vintage guitar market is holding up.