Carly Fiorina’s Parting Words: Don’t Vote For a Candidate Because She’s a Woman 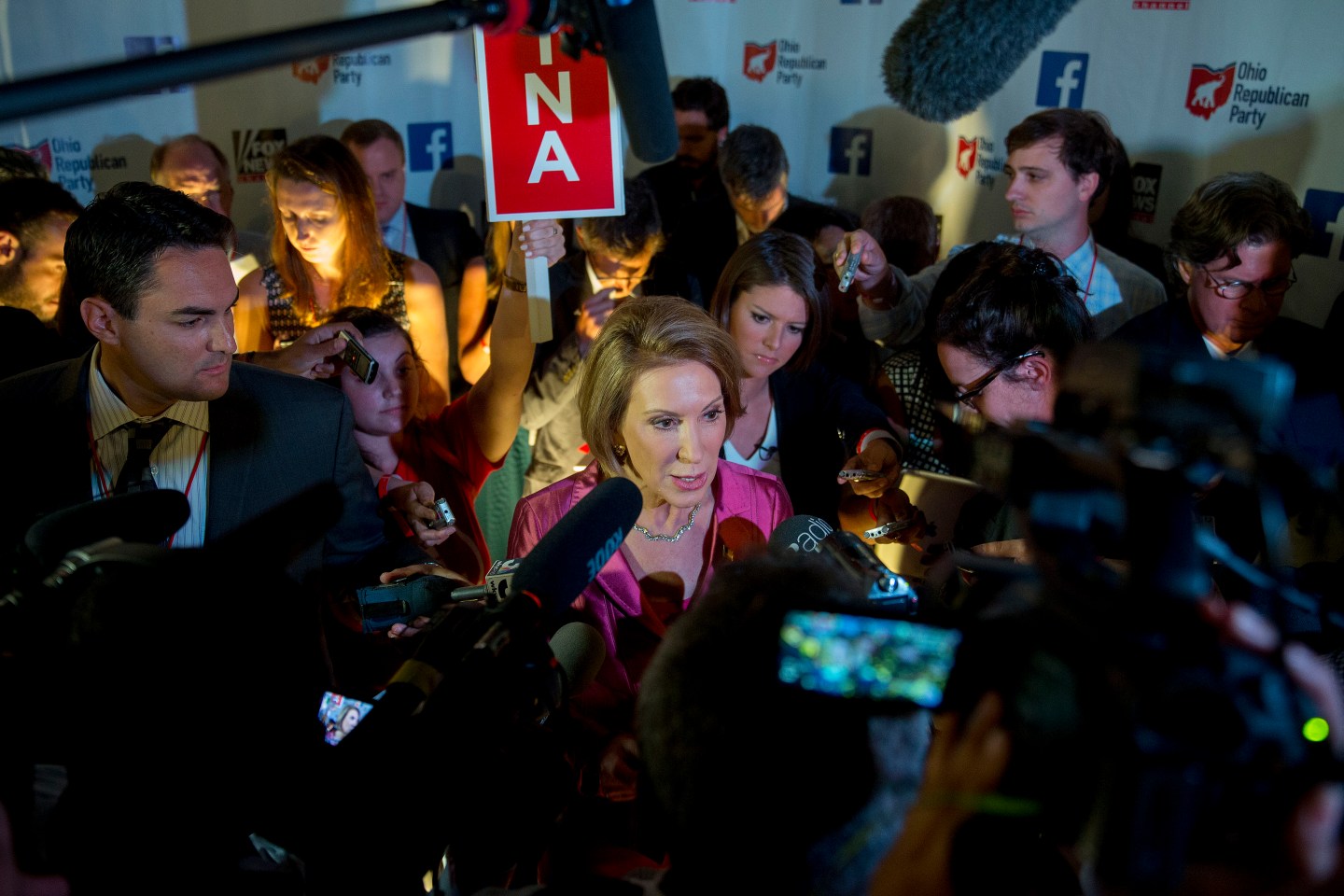 It’s official: Carly Fiorina is out of the 2016 presidential race.

The departure is not a surprise given Fiorina’s dismal finishes in the Iowa caucuses and Tuesday’s New Hampshire primary (she came in 7th in both contests).

The former Hewlett-Packard CEO announced her decision on Wednesday afternoon with a post on her Facebook page. After vowing to “continue to travel this country and fight for those Americans who refuse to settle for the way things are,” Fiorina addressed her female readers specifically:

To young girls and women across the country, I say: do not let others define you. Do not listen to anyone who says you have to vote a certain way or for a certain candidate because you’re a woman. That is not feminism. Feminism doesn’t shut down conversations or threaten women. It is not about ideology. It is not a weapon to wield against your political opponent. A feminist is a woman who lives the life she chooses and uses all her God-given gifts.

Of course, the Facebook post reference to voting “a certain way or for a certain candidate because you’re a woman” is a clear nod to Hillary Clinton and the outcry over statements Gloria Steinem and former Secretary of State Madeleine Albright made in support of Clinton last weekend.

Gloria Steinem has apologized for her statement that young women prefer Bernie Sanders over Clinton because “the boys are with Bernie.” But Albright hasn’t backtracked and her remarks continue to provoke debate. Speaking at a Clinton rally over the weekend, Albright chided attendees about the importance of electing a female president, saying, “A lot of you younger women think it’s done. It’s not done.” She also revived an old catchphrase: “There’s a special place in hell for women who don’t help each other.”

Those comments helped unleash a slew of op-eds and think pieces on the subject of whether young feminists are too complacent about the position of women in society, and whether they fail to appreciate the hard fought battles of older generations of women.

Where Fiorina falls in that debate is uncertain, but one thing is perfectly clear: If feminism gives her a chance to take one last shot at Hillary Clinton, she’ll take it.