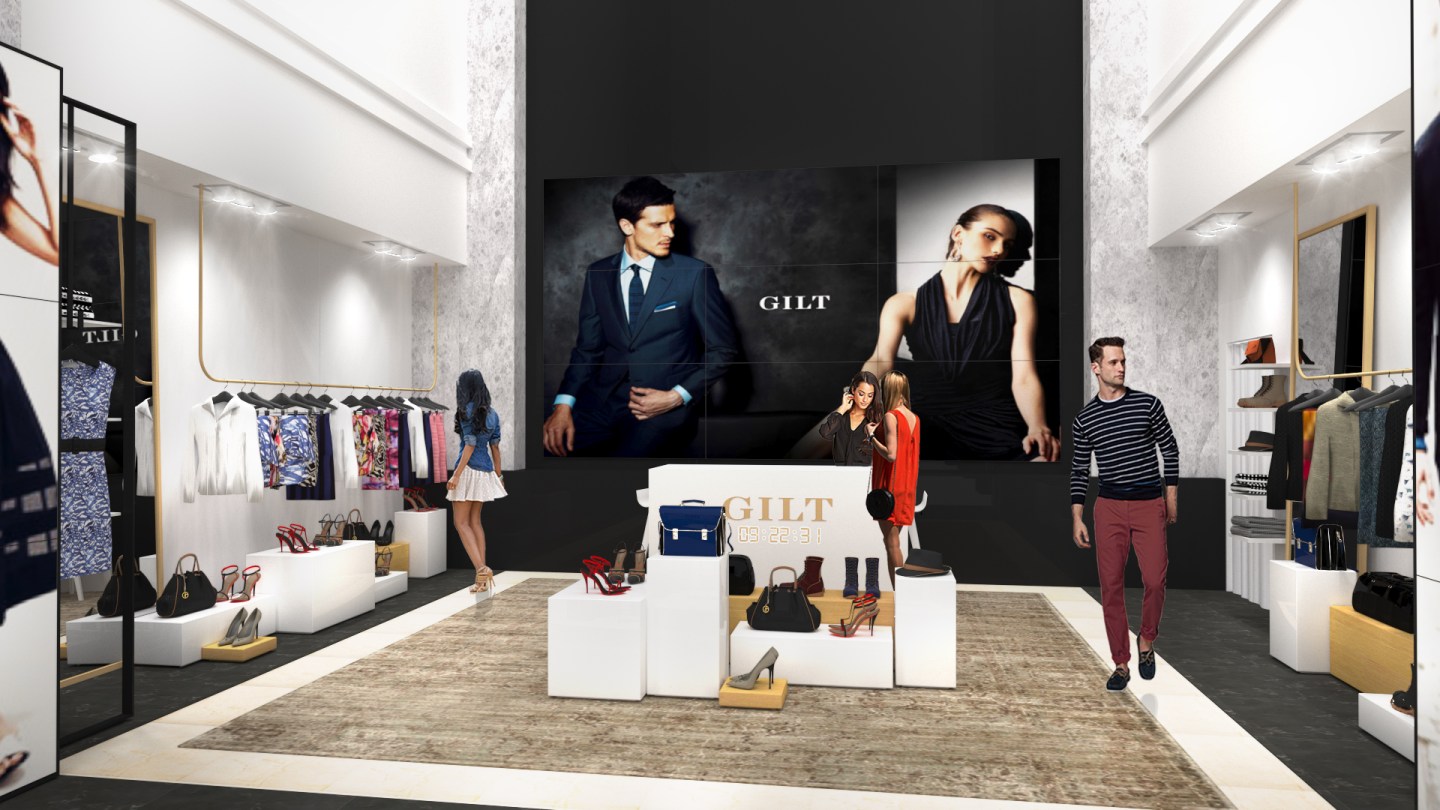 At the time of the acquisition, Hudson’s Bay Co. said that it would be integrating Gilt into its Saks Fifth Avenue discount stores, Saks Off 5TH. On Tuesday, the retailer debuted how it will be adding Gilt to the in-store experience.

In a new, 47,000 square foot, two-level Saks Off 5TH in midtown Manhattan, Gilt will have a section of the store entirely for its merchandise. Shoppers can browse through curated products, which will include new offerings from a weekly in-store discounted sale. The section will also include comfortable seating, and a way to shop the Gilt site from inside the Off 5th store. HBC will also debut Gilt by Appointment, providing an in-person stylist and personal shopping services.

With the in-store integrations, HBC is trying to use Gilt’s e-commerce and luxury brand to help it compete with other off-price chains as Nordstrom’s Rack, Neiman Marcus’ Last Call, and T.J. Maxx

For more on retail, watch this video:

HBC CEO Jerry Storch told Fortune’s Phil Wahba in January that “opening Gilt boutiques in Saks Off Fifth and a place to make returns is a point for differentiation.” It will also be interesting to see how it incorporates Gilt’s online assets. Much of Gilt’s worth to HBC was its e-commerce presence. Off Fifth already sells online, but Gilt could help the company grow that business. HBC previously said the deal should add $500 million to its 2016 fiscal year sales and about $40 million in adjusted profit the following year.

HBC is partially replicating how Nordstrom added flash sales site HauteLook, which it acquired in 2011 for $270 million, to its off-price division, Nordstrom’s Rack stores and online sites. This move is paying off for Nordstrom (JWN). The discount business is growing almost five times faster than its full-price business, (In the first three quarters of the current year, sales at Nordstromrack.com and HauteLook hit $363 million, up 46% from a year earlier), as perviously reported.