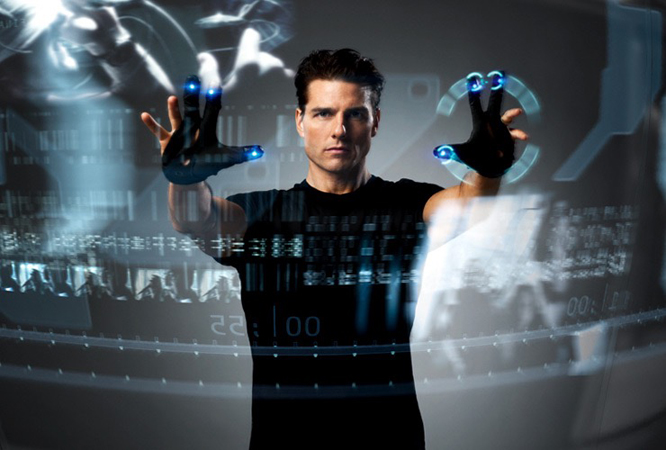 In a note to clients Monday night, Piper Jaffrey analyst Gene Munster laid out a provocative theory about what Apple’s growing cadre of virtual reality (VR) and augmented reality (AR) experts might be up to.

“As a starting point, we expect in the next two years Apple will add VR to the MFi Program (Made for iPhone), which should make it easier for third parties to build virtual reality headsets powered by the iPhone, much like Samsung’s Gear VR today. In the next 5-10 years, we expect Apple to release a mixed reality headset with the long term goal (15+ years) of replacing the iPhone.”

“Mixed reality (MR), according to Wikipedia, is the “merging of real and virtual worlds to produce new environments and visualizations where physical and digital objects co-exist and interact in real time.”

As Munster sees it, screens as we know them today will slowly disappear and be replaced by holograms seamlessly overlaid with the real world through eyeglasses that cost $500 to $800, same as today’s iPhones.

“We believe 10 years from now Generation Z will find reality inefficient,” Munster says. “Generation Z will see the benefits of mixed reality headsets that augment the world with real-time information as they need it and in their field of view, without needing to look at one piece of information at a time on a smartphone.”

Think Tom Cruise in Minority Report, only Gen Z will want a way to manipulate holographic data without their arms getting tired.

This is a market Apple (AAPL) can’t ignore, according to Munster. “Given Apple’s business in screens (iPhones, iPads and Macs), Apple needs to have leadership in MR to stay relevant long term.”

Apple may already be late to the augmented reality (AR) party, despite the progress shown in Munster’s timeline:

According to LinkedIn, Apple has hired 141 Apple employees with backgrounds in AR compared with Microsoft’s 425 and Google’s 267.

But what Apple does better than Microsoft (MSFT) or Google (GOOGL) is design products that put the user’s experience first. And Apple’s most prominent recent hire in the field is Doug Bowman, Director of the Center for Human-Computer Interaction at Virginia Tech and author of the leading textbook on 3D interface design.

It’s all a little too sci-fi for me. Munster, it must be noted, is the Apple analyst who was so sure, for so long, that Apple’s next big thing was going to be a TV. See here.