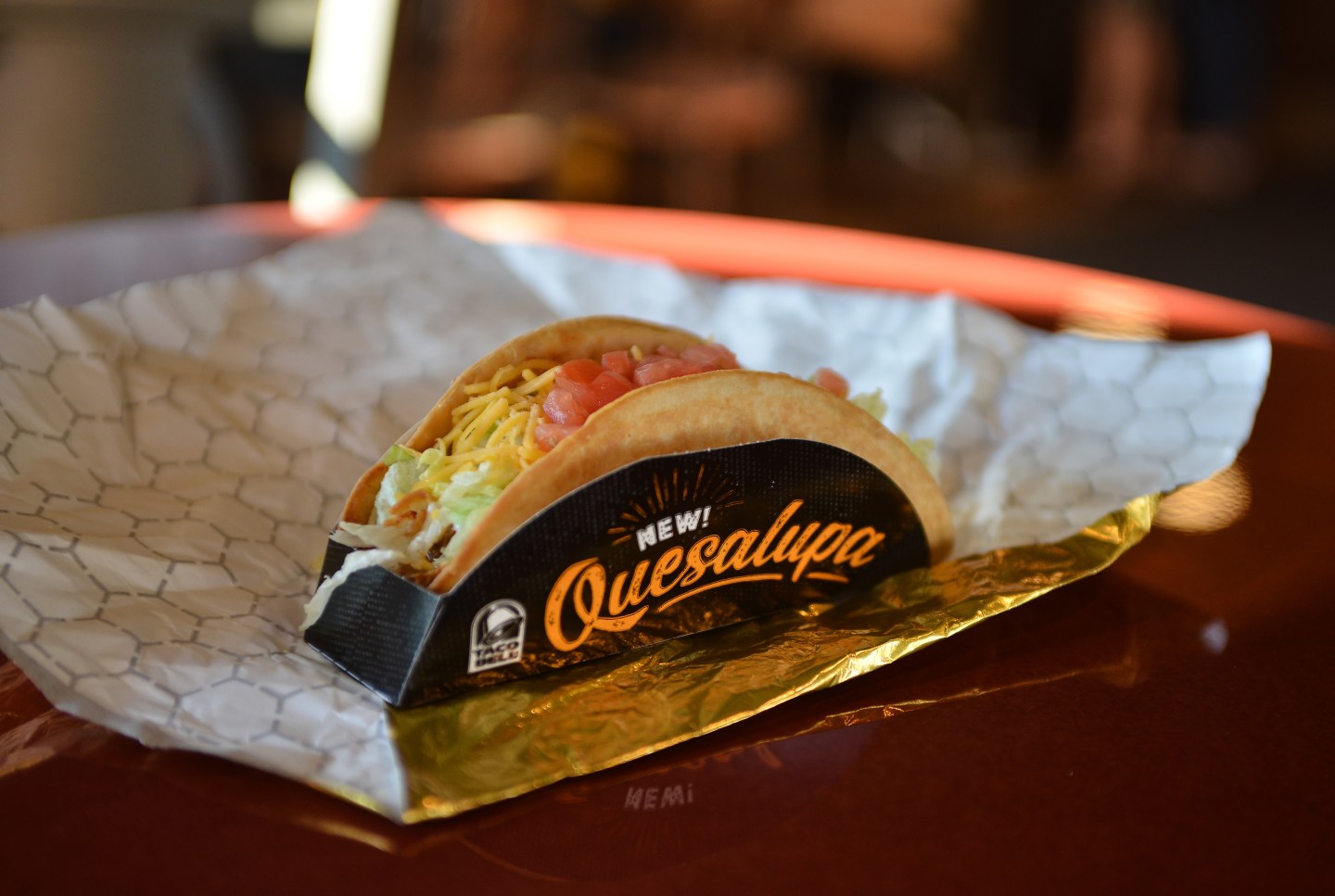 LOS ANGELES, CA - FEBRUARY 6: Taco Bell celebrates the national pre-order pick-up of what could be its biggest food creation yet on February 6, 2016. (Photo by Araya Diaz/Getty Images for Taco Bell)
Photograph by Araya Diaz — Getty Images

Taco Bell has some impeccable timing. The fast-food chain has unveiled a much-hyped new dish that combines the quesadilla and chalupa, and the launch is timed to both a Super Bowl ad blitz and the lunchtime closure of a big Mexican food competitor.

Here’s why Yum Brands’ (YUM) Taco Bell has such good luck: the nationwide launch on Monday just happens to coincide with the four-hour closure of Chipotle Mexican Grill’s (CMG) locations, as the fast-casual rival aims to teach staff about new food safety practices and lure back diners in the wake of an E. coli crisis.

But luck, as they say, is what happens when preparation meets opportunity. And Taco Bell was prepared. The chain has been spending big to generate interest in the “Quesalupa,” and has been preparing its big rollout for months. Indeed, though Chipotle pre-announced the Feb. 8 closure of its outlets last month, Taco Bell likely had already put together a strategy to launch the new dish just after airing a splashy ad during Super Bowl 50.

In fact, Taco Bell said it completed development of the Quesalupa last year and already tested the item in 36 locations in Ohio. It is saying the launch is “one of the most successful in the company’s history.” (Oh, and by the way, a Quesalupa is a shell stuffed with melted pepper jack cheese and stuffed with beef, lettuce, sour cream, and other toppings.)

Out of the three concepts owned by Yum (Pizza Hut and KFC are the other two), Taco Bell has been by far the strongest and most consistent performer in terms of notching steady sales growth. Some recent successful initiatives have included the entry into the breakfast category and a variety of menu items that utilize a Doritos base.