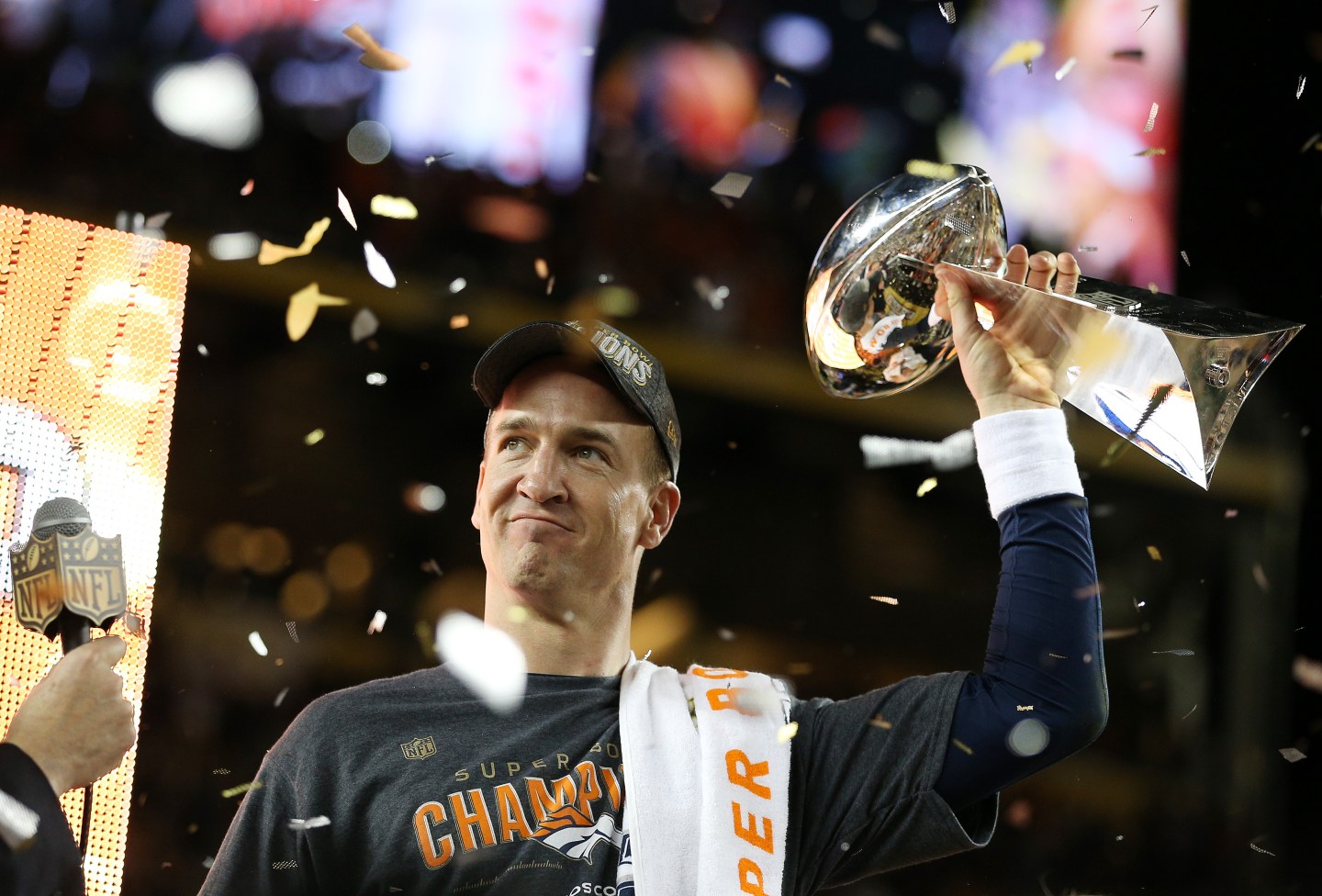 Quarterback Peyton Manning thrilled Denver Broncos fans on Sunday by leading the team to a third Super Bowl victory. But after the game, Budweiser parent Anheuser-Busch InBev was likely just as excited about the win.

That’s because Manning, in two separate post-game statements, said he couldn’t wait to get his hands on a Budweiser. Bloomberg reports that Manning told a CBS sideline reporter that his plan was to “drink a lot of Budweiser” after leading the Broncos to a 24-10 victory–the second Super Bowl win of his career. He also mentioned the beer again at the winner’s podium. “What’s weighing on my mind is how soon I can get a Bud Light in my mouth,” Bloomberg added.

From a branding perspective, this seemingly spontaneous affection for the beer is a coup–especially because AB InBev (BUD) says it didn’t pay for the plug.

Here’s what AB InBev head of marketing communications Lisa Weser had to say about:

Hi Internet. For the record, Budweiser did not pay Peyton Manning to mention Budweiser tonight. We were surprised and delighted that he did.

We didn’t know the shout out was coming either, but we’re glad it did. @Broncos celebrate like this tonight. #SB50 pic.twitter.com/ugGyt3Sg0z

And while Manning wasn’t paid for name-dropping Budweiser, he may have something to gain from calling out the beer. Beer Business Daily in 2014 reported Manning has a stake in two Louisiana Anheuser-Busch distributors, though various media outlets haven’t been able to confirm that rumored detail.