Timothy Geithner Got a J.P. Morgan Credit Line for His Investments 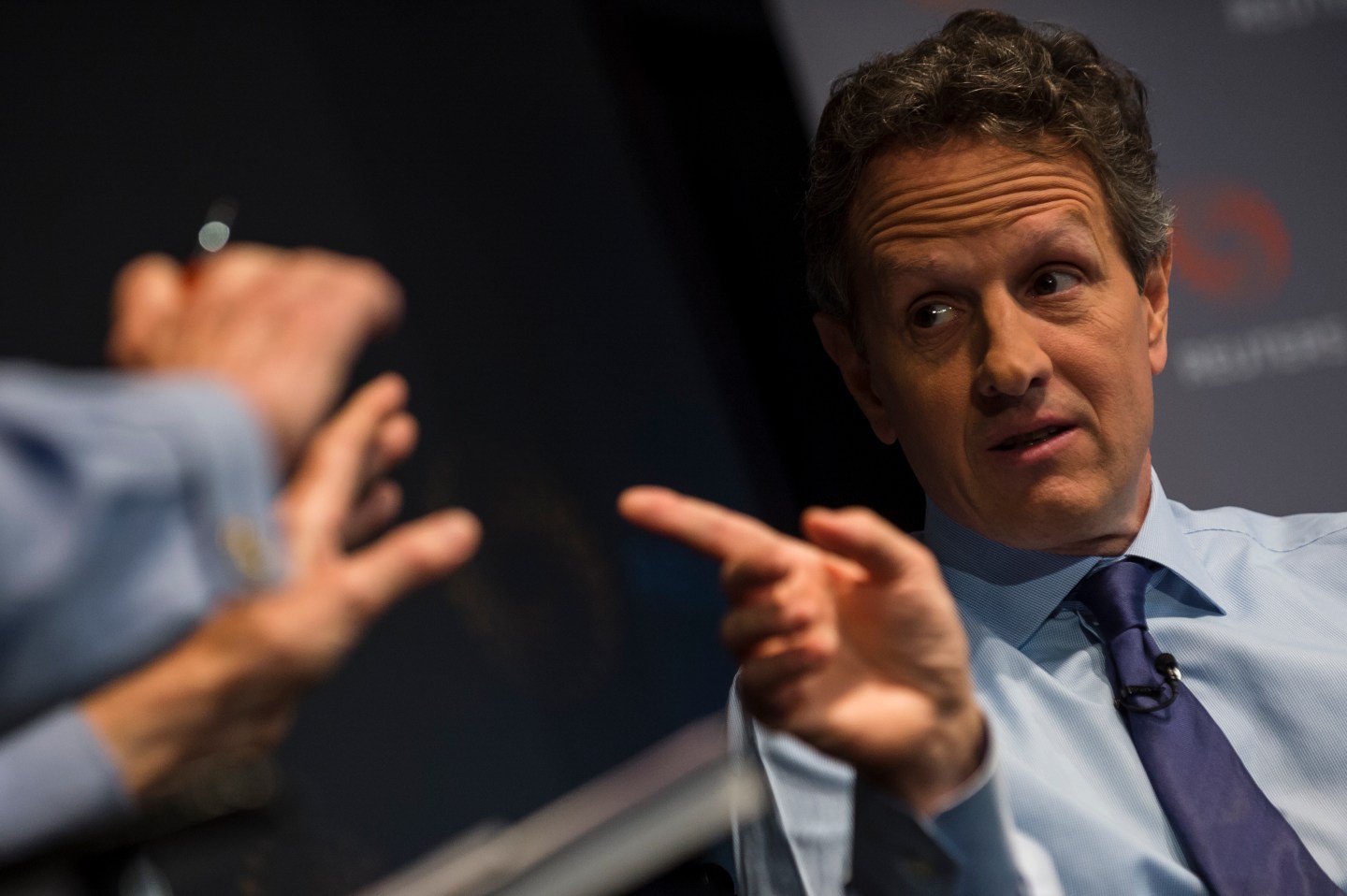 Former U.S. Treasury Secretary Timothy Geithner is gearing up to borrow from a bank he regulated during the Financial Crisis.

Geithner headed the New York Federal Reserve during the 2008 crisis and then became Treasury Secretary under President Obama before taking a position as a president at private-equity firm Warburg Pincus two years ago. He has secured a credit line from J.P. Morgan (JPM) to bulk up personal investments in his firm’s newest $12 billion fund, according to a December New York Department of State filing.

Although neither Warburg Pincus nor Geithner have disclosed the loan’s amount, the firm and executives have pledged $800 million to the fund known as Warburg Pincus Private Equity XII. Warburg Pincus finished fundraising in November.

The move is common practice in the industry: To show both confidence and common interest between investors and management, private-equity executives pour millions in personal investments into new funds, according to Bloomberg, which first reported the news.

Geithner helped orchestrate J.P. Morgan’s buyout of Bear Stearns in 2008 with the help of a $29 billion loan from the New York Fed, which he managed at the time. As Treasury Secretary, he had a hand guiding Fannie Mae, Freddie Mac, and AIG through the crisis, which was catalyzed by a glut of subprime loans in the U.S. market.