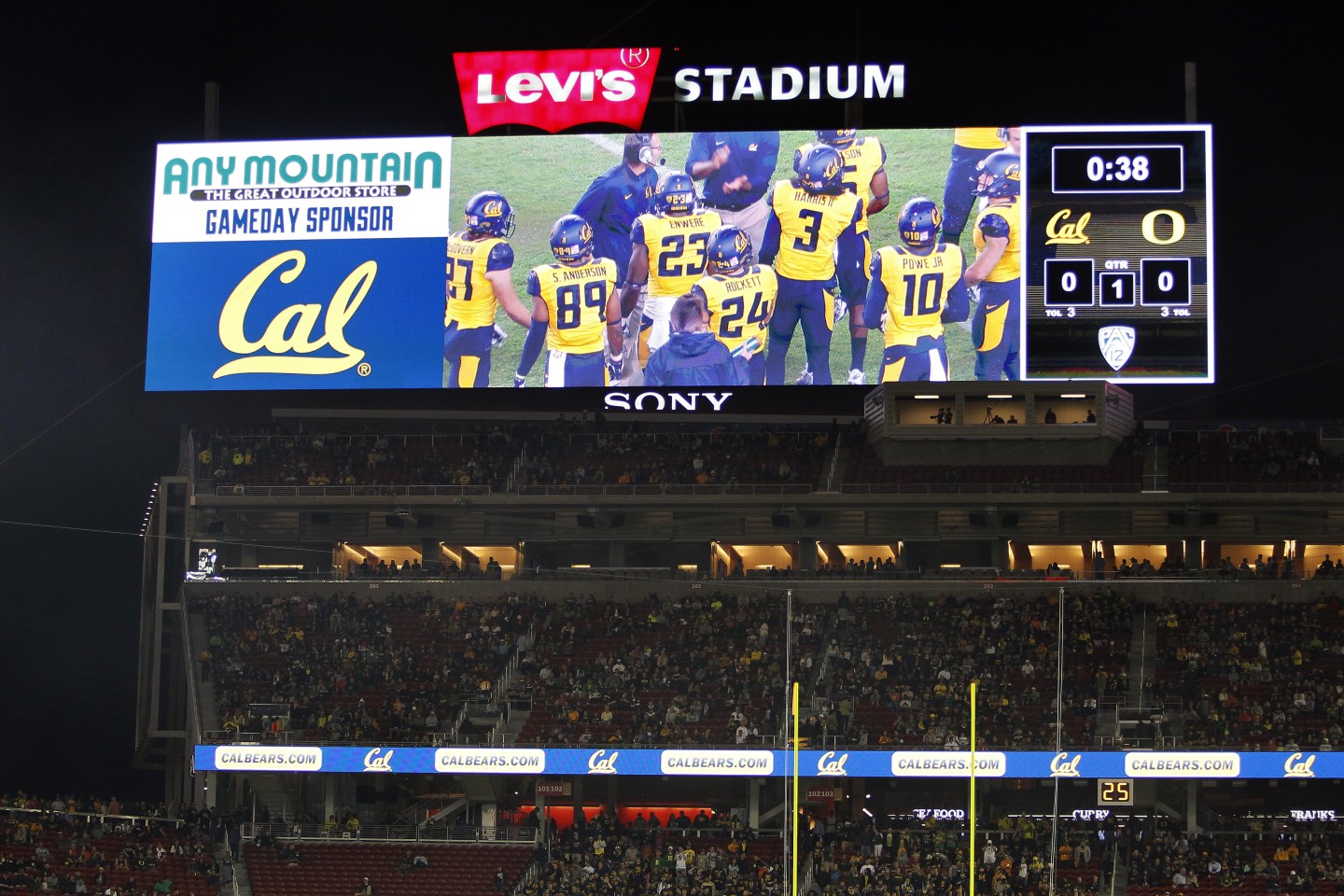 On Sunday, Feb. 7 at 6:30 p.m. ET, the Denver Broncos are scheduled to play the Carolina Panthers at Levi’s Stadium in Santa Clara, Calif., for Super Bowl 50. There’s a countdown clock on the NFL’s Super Bowl website to let you know how much time is left until the game begins.

But, once again, once the game begins when it comes to keeping time it will be a system designed by Daktronics that takes over. The Brookings, South Dakota company makes the official game clock at Levi’s Stadium. Daktronics says Super Bowl 50 will the be the 12th straight year where the game is hosted in a stadium that uses Daktronics score and time keeping systems.

The difference this year is that Daktronics will be sharing the time and score keeping spotlight with another company—Sony. The Japanese electronics giant has built an HD replay center at Levi Stadium, including broadcast quality cameras and switchers, to manage the video on the displays. Daktronics and Sony won a joint bid to install the screens and the system in Levi Stadium three years ago. As part of that deal Sony won better billing, the company’s logo is at the bottom of the Levi Stadium’s video displays even though they are actually built by Daktronics.

Daktronics (DAKT) is one of the largest manufacturers of sports scoreboards and video displays. It also makes video billboards that appear in Times Square in New York City and in Las Vegas. The company is particularly dominant in the NFL, because of the size of the stadiums. Daktronics specializes in huge video monitors with super high definition displays, something called 13HD. The monitor on the scoreboard above the north end zone at Levi Stadium, which Daktronics installed in early 2014, is 48 feet high by 200 feet wide, or 9,600 square feet.

Last month, Daktronics was selected to install a 4,800 square foot display in Busch Stadium, where the St. Louis Cardinals play. The company sold a 13,000 square foot monitor to the Cleveland Indians for Progressive Field.

Despite those recent sales, it hasn’t been a great year for Daktronics. The company’s stock price has slumped 40% since the last Super Bowl to just under $7.50. The company said it has been hit by lower demand for billboards, and its live segment sales have been soft. In last year’s third quarter, Daktronics sales fell 9% from a year ago to $158 million, about $20 million less than analysts were expecting. Earnings per shares dropped to $0.07 from $0.18 in the same three months a year ago. Daktronics has yet to report its fourth quarter earnings.

It hasn’t been a great year for NFL time keeping either. In October, during a Monday night match up between the Pittsburgh Steelers and San Diego Chargers, 18 seconds disappeared during the last few minutes of the game, which the Steelers narrowly won 24-20 with an end of the game scoring drive. The NFL suspended the game official who didn’t realize there had been a clock error. Daktronics says it will have nine technicians on hand at the Super Bowl to make sure all of its systems function properly.