What times the Super Bowl? 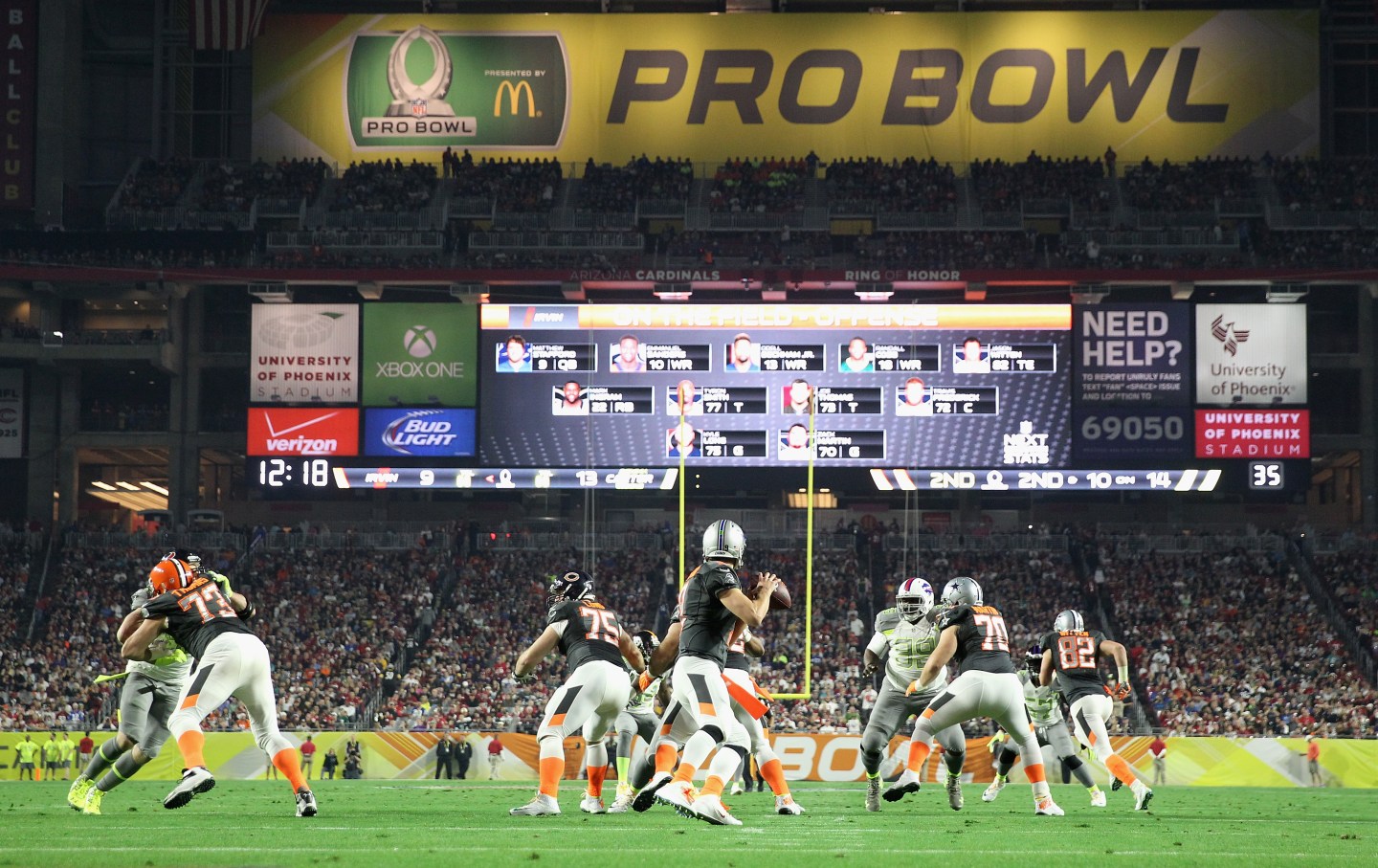 On Sunday, Feb. 1 at 6:30 p.m. ET, the Seattle Seahawks are scheduled to play the New England Patriots at University of Phoenix Stadium in Glendale, Ariz., for Super Bowl LXIX. There’s a countdown clock on the NFL’s Super Bowl website to let you know how much time is left until the game begins.

But once 2015’s Super Bowl starts, when it comes to time, a system made by Daktronics takes over. The South Dakota company makes the official game clock at University of Phoenix stadium. It’s not the first time a Daktronics system has kept the official time for the Super Bowl, but it’s the first time the company will be coming to the game with a bit of controversy. One of the company’s clocks malfunctioned during a game earlier this season at Soldier Field in Chicago.

Daktronics (DAKT) was founded in the late 1960s by two professors from South Dakota State University. The company’s first product was an electronic voting system for state legislatures. In 1971, it rolled out its first product for sporting events, an electronic mat-side scoreboard and clock for wrestling. The score board, powered by light bulbs, had three sides so you could see it from any position around the mat. The product was a success. Now, Daktronics is one of the largest manufacturers of sports scoreboards and video displays. It also makes video billboards that appear in Times Square in New York City and in Las Vegas.

The company is particularly dominant in the NFL, because of the size of the stadiums. Daktronics specializes in huge video monitors with super high definition displays, something called 13HD. The monitor on the scoreboard at University of Phoenix stadium, which Daktronics installed in early 2014, is 58 feet high by 164 feet long, or 9,512 square feet. The company’s largest video displays are at the EverBank field, where the Jacksonville Jaguars play. The video displays at the stadium, which has two, are 21,000 square feet.

Last month, Daktronics was selected to install a 7,500 square foot display in Petco Park, where the San Diego Padres play. The company sold a 5,600 square foot monitor to the New York Mets for Citi Field. Along with its high definition displays for professional sports, the company also sells traditional scoreboards to high schools and for recreational fields around the country.

Despite the high profile sales to the Arizona Cardinals, who normally play in the University of Phoenix stadium, Padres, and the Mets, the past year hasn’t been great for Daktronics. The company’s sales are expected to rise by $50 million in its current fiscal year, which ends in April, to $600 million. Its earnings are expected to be up by just $2 million, less than analysts previously expected. The company’s stock is down 15% in the past year. Then there was the clock incident in Chicago.

In mid-November, a Daktronics game clock malfunctioned at Soldier Field during the second quarter of a game between the Chicago Bears and the Minnesota Vikings. It took most of the third quarter to get the clocks back in order. With less the three minutes left in the game, the game clock went out again. Vikings head coach Mike Zimmer criticized the clocks after the game.

A Daktronics spokesperson referred questions about the incident to the NFL. The NFL declined to comment.

Who will time the Super Bowl? That’s a harder question. The scoring and timing systems at University of Phoenix field are controlled by Daktronics’ AllSport 5000 scoring and timing console. The console has three individual operators: one for scoring, another for timing, and a third for the delay of the game clock. Daktronics said all three of those operators will be NFL personnel.