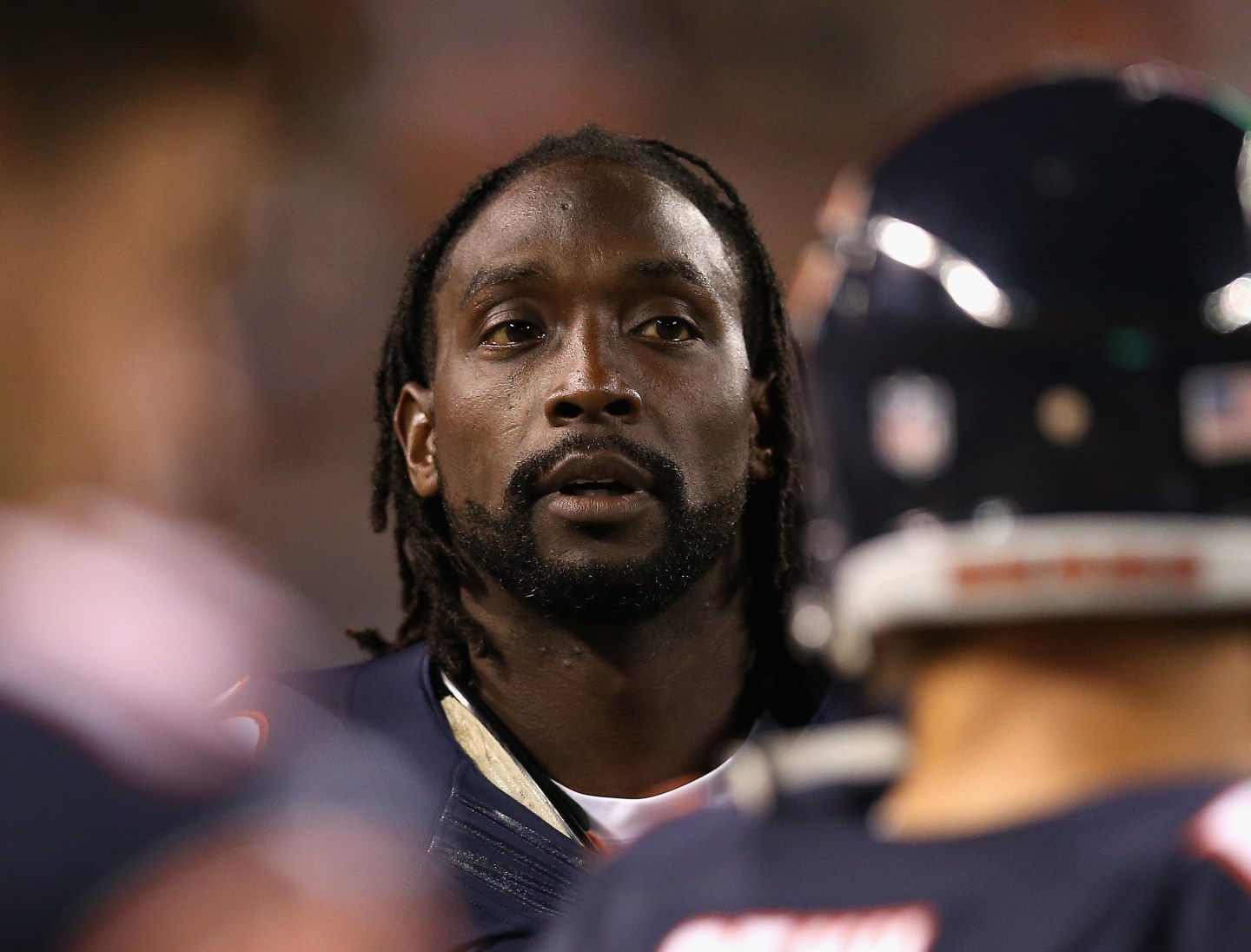 In addition to handling his Opening Night media questions and preparing for his second Super Bowl experience, Carolina Panthers cornerback Charles Tillman spent some time in San Francisco at the Instigate Labs office. That start-up has just launched Moment, a new app and website that allows MLB, NBA, and NFL athletes to directly connect with their fan base through personalized short video messages to raise money for charity.

Tillman is using the service to raise money for his Cornerstone Foundation, which provides resources to critically and chronically ill children and their families who are in need. The former Chicago Bear received the 2014 Walter Payton Award for his charitable work, which remains a big part of his life. Tillman took some time from his hectic Super Bowl 50 week to discuss his return to the Big Game (his second time facing off against Peyton Manning), the role technology plays in charity today, and how this new start-up could change the fundraising world in this exclusive interview. Answers have been edited for clarity.

How did the Cornerstone Foundation begin?

Back in 2005 my daughter received a heart transplant, and while we were in the hospital my wife and I we saw some things that we didn’t actually agree with, and things that we could help out with, with those families that were in the hospital. So we started the Cornerstone Foundation, and since we’ve been able to help chronically and critically ill children. Since doing that, man, it’s changed our lives. We’re very passionate about it, and we’ve been blessed to help a lot of people.

What does Moment open up to social media-savvy athletes today?

It’s a new way to raise money. It’s a digital platform that allows me to connect with my fans in a more personal way. It also opens up my ability to connect with fans beyond Carolina and Chicago all over the world. And at the same time, I’m raising money for those families that we help out with our charity.

What role does technology play for you today?

The times are changing, and we have to change with the times. When I first started my foundation back in 2005, social media was nowhere near what it is now. It’s a way for us to stay connected with our fans, with everyone.

In a way these short 30-60 second Moment video clips are like the modern day autograph for the selfie world.

Yeah, it’s more personable. It’s a way for me to really connect with you. What’s better than an autographed picture of me to John that reads “Get well soon”? An actual video that you can archive that lives on forever. It’s something that you can actually Tweet out, something that you can Instagram. I think people want that more. I think it will resonate with people more, and that gives you a better way to connect with your fans. It’s like the modern day autograph.

What did it mean for you to win the Walter Payton Award?

Up to date it’s my greatest NFL moment. I’ve never won a Super Bowl. Hopefully, I win one on Sunday—it mean everything. There are 1,800 guys in this league and they only pick one guy to represent the NFL with this award to really show fans what we’re about. It was an honor, and it was a great experience at Radio City Music Hall. I got a standing ovation. It was so surreal. I was up there crying, and I was trying to behave myself, but it was just this moment. It was my time to tell people my story and thank them and let them know how grateful and appreciative I was.

I recently got on Instagram, so I’m learning the whole Instagram thing with the pictures. I think Instagram is cool because it allows me to actually follow things I’m interested in. I’m a huge jewelry collector. I have a ton of jades. I love old school cars, so I start looking at classic cars like Chevy Chevelles, Impalas, Caprices, Chargers, Challengers and things like that.

What was your first car?

An ’83 Oldsmobile 98–aka the Lemon-lac, because it was kind of yellow. We called it the lemon-lac, or Big Bird.

How is Moment impacting your thoughts on what you’d like to do after football?

I learned this a long time ago when I was in college. My teacher used to always say everybody is a “dot com” away from being a billionaire. I think we all want to be on something new, whether it be Moment. Hopefully, Moment can be the next thing. I know this is a start-up company, but I would love to be a part of something huge, something that will change how we perceive fundraising, a new digital platform. If it goes well, we can pave the way and be a game champion.

Does it ever feel like you’re watching a video game when you’re on the sideline watching Cam Newton and he’s lighting it up on the field?

We often joke about that. I think Cam is like that create-a-player in Madden, where you could make a quarterback who can run, who can throw, who can jump, who’s fast, and you just boost up all his ratings. He does it all. I’m sure when Cam comes out on Madden next year, he’s going to be 99 in every category.

How did being in the Super Bowl ten years ago with the Bears impact this return trip?

I keep telling my teammates to enjoy the experience. You can’t think, “I’ll be back next year.” It’s tough to get back here. It’s been 10 years for me. So you have to seize the moment, take advantage of it. There is no tomorrow. You might not get the opportunity to come back. Everybody on that team I’ve played with in Chicago, they’re all retired. And it’s kind of like they’re living their Super Bowl dreams through me. At the end of the day you’ve got to go out and give it everything you got and leave it all on the field.

How has this Super Bowl 50 experience expanded since then?

We didn’t have social media like there is now, so social media plays a huge part in how people experience Super Bowl week. Media Day, or Opening Night as they call it now, is something I still enjoy. I got a question from a guy in drag – that was a little strange for me, but different – not traditional. You get everybody from all over the globe asking all types of crazy questions. One lady was talking to me about erectile dysfunction and football players. I could not tell you. There were questions about technology, and entertainment and gossip from all types of media. It’s some of everything at Opening Night. If you’ve never gone, I highly recommend you go next year because it is absolutely insane.