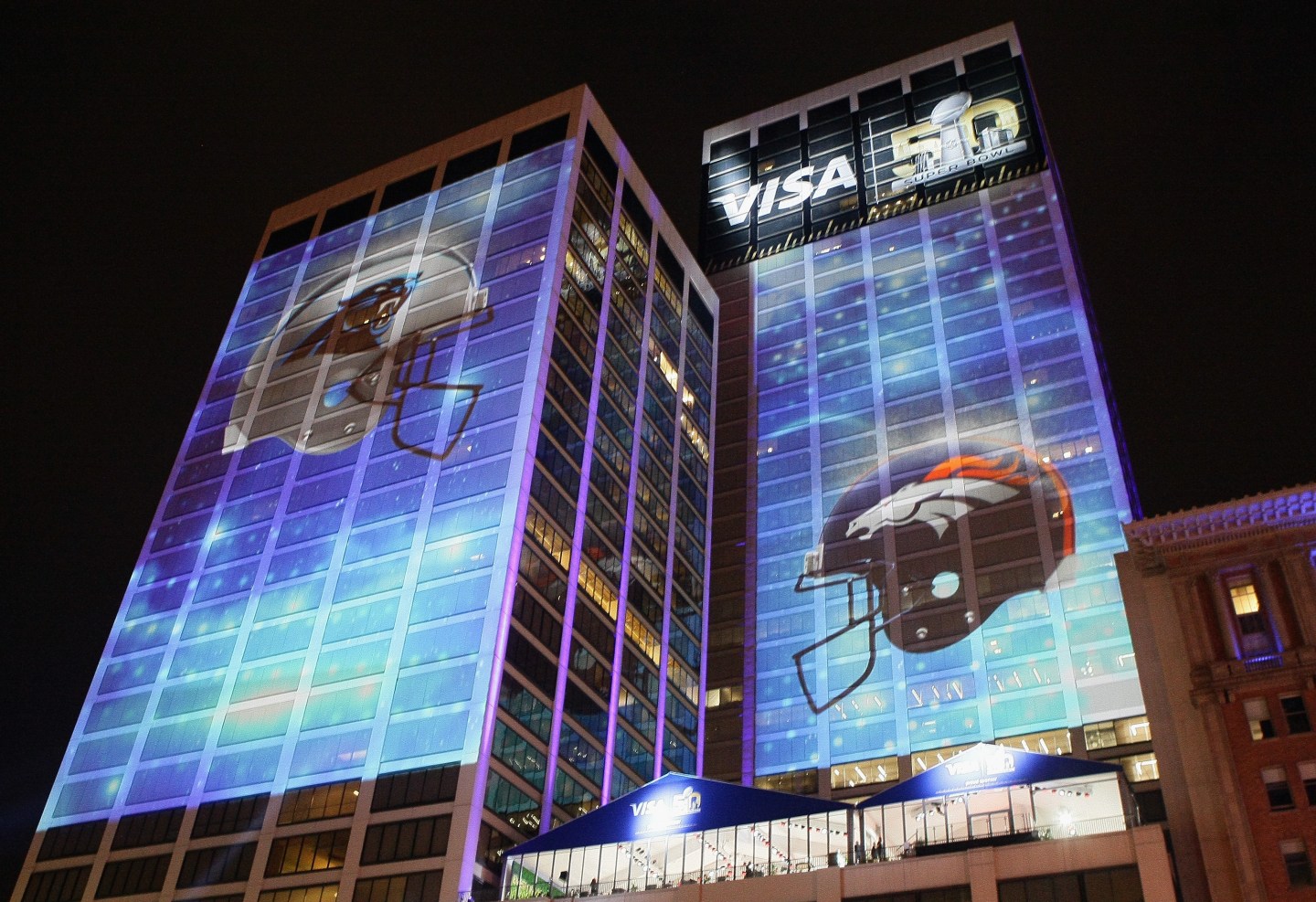 We all know that big sport makes for big spectacle. It can also make for big business, generating lots of economic activity that extends far beyond the stadium or the arena.

Big sport should also make for big change – in ways that help our most vulnerable.

As the Chairman of the Host Committee for Super Bowl 50, I’m excited to welcome a million fans and visitors to the Bay Area for the biggest single-day sporting event in the world. Visitors from around the world who explore my native city of San Francisco will enjoy the renowned food and wine, progressive mindset and breathtaking views the Bay Area is known for.

But as the full-time CEO and founder of Tipping Point Community, an organization that funds anti-poverty programs in the Bay Area, I am not proud of something else these visitors are going to see: the legion of the homeless.

Every night, nearly 39,000 members of our community sleep on sidewalks, under highways, in parks or in cars throughout the Bay Area. Far less visible, yet far more numerous, are the tens of thousands of our neighbors living in poverty, perhaps one step away from homelessness.

The opportunity gap in our region is wider than ever. To afford a two-bedroom apartment in San Francisco on the city’s minimum wage of $15 an hour, workers would need to hold more than four minimum wage jobs, and work 176 hours per week.

So as we gather for this 50th anniversary celebration, and the eyes of the world turn to our city and region, we must not look past our neighbors in need. They will be here when the game is over and the visitors are gone. We must shine the global spotlight both on the competition on the field, and the challenges on our streets.

That’s why, from day one, we’ve made philanthropy at the core of our Super Bowl effort. Twenty-five percent of every corporate sponsorship dollar is contributed to the 50 Fund, the Host Committee’s 501c3 arm, established to manage and allocate funds to deserving non-profits in the Bay Area.

Fan experiences, entertainment and civic events are all part of the foundational planning when hosting a Super Bowl. Why shouldn’t taking care of the surrounding community be part of that planning, too?

Since Super Bowl started half a century ago, every host has given back to the community, at some level. Most charitable giving from past years has been about $2 million — $1 million raised by the local committee and another $1 million matched by the NFL Foundation.

Super Bowl XLVIII in New York upped the ante, and we aim to raise the bar even further, with the goal of being the most philanthropic Super Bowl in history. We are on pace to contribute more than $13 million to non-profits in our region that are making a real difference.

I want to see the Bay Area’s record broken next year and the year after that. In fact, this is one contest in which I truly hope to be surpassed. We must continue this competition with the same degree of passion and energy as what we’ll see on the field Super Bowl Sunday.

Fueled by the momentum from Super Bowl XLVIII and Super Bowl 50, it’s our hope that all future host committees commit a percentage of funds back to the community as part of their bids for a Super Bowl. Local organizing committees from every other major sporting event should be required to do the same.

Super Bowl may have the biggest spotlight, but there’s no reason why other games can’t be used for good as well: Final Fours, All-Star Games, college football championships, the Olympics, the World Cup.

The regional impact for host cities is monumental. Over the last four years, host cities have seen anywhere from a $200-700 million economic boost from hosting the game. The idea of putting community first and giving back some of those resources should not be a second thought, but baked into the very fabric of the business plan.

The San Francisco Bay Area is home to some of the most innovative thinkers and companies in the world. We take pride in our groundbreaking ideas and entrepreneurism. It’s what we’re known for around the world. We hope that our host committee’s approach to giving back can have the same influence on the sports world as our top innovators have had on technology, and become part of our legacy for years to come.

Daniel Lurie is Chairman of the Super Bowl 50 Host Committee and CEO and founder of Tipping Point Community, a non-profit that finds, funds and partners with organizations in the Bay Area to fight poverty.