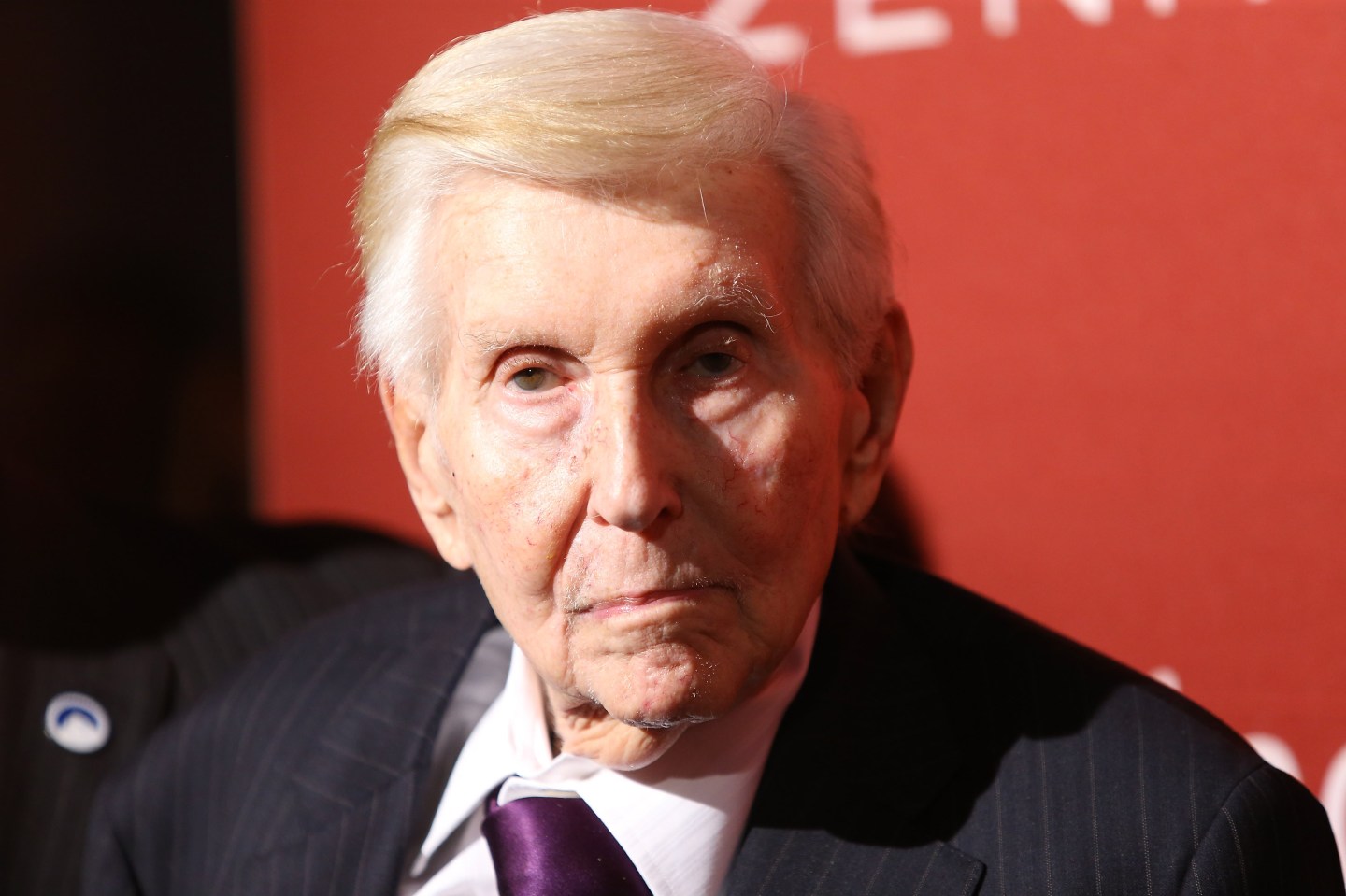 There may be a lot less blood and fewer dragons, but there’s a very real Game of Thrones going on at Viacom, and we are still in the early chapters. On Thursday, Viacom CEO Philippe Dauman was named chairman—despite the public opposition of Shari Redstone, who happens to be Viacom’s vice-chairman and daughter of ailing billionaire and controlling shareholder Sumner Redstone.

On Wednesday, after Leslie Moonves took over as chairman of CBS (CBS)—the other media conglomerate that Sumner Redstone controls—there was speculation that Dauman might not be named chairman of Viacom, in part because Shari Redstone made her opposition to him abundantly clear.

In a statement released after the Moonves appointment, Redstone said she didn’t want the chairmanship of Viacom to go to someone who is a director of her father’s trust—which will take control of Redstone’s more than $40 billion in assets after his death—or to someone who is too involved in the family’s affairs. The statement read:

It is my firm belief that whoever may succeed my father as Chair at each company should be someone who is not a Trustee of my father’s trust or otherwise intertwined in Redstone family matters, but rather a leader with an independent voice.

Philippe Dauman is both a director of Sumner Redstone’s trust (one of seven) and also the administrator of the billionaire media mogul’s health care, a position he took over last year. Sumner Redstone’s ex-girlfriend Manuela Herzer had that authority before Dauman, and the process by which it was transferred is the subject of an ongoing lawsuit.

Shari Redstone, meanwhile, said in a statement released after Dauman’s appointment that she would “continue to advocate for what she believes to be in the best interests of Viacom shareholders.”

Herzer has argued that Sumner Redstone is so frail and infirm he cannot make decisions for himself, and therefore couldn’t have knowingly transferred control over his health care to Dauman. She described the media magnate as “a living ghost” in documents filed as part of the case (Shari Redstone, however, has told the court that her father’s health has improved since his relationship with Herzer ended).

The elder Redstone controls about 80% of the voting shares of both CBS and Viacom through a family holding company called National Amusements Inc., a chain of movie theaters started by his father (Shari Redstone controls the other 20%). Viacom owns the Paramount Pictures movie studio, as well as a number of networks such as Nickolodeon and Comedy Central.

Dauman’s appointment as chairman means he now has an unprecedented amount of control over the fate of Viacom. The board of directors, who reportedly voted for him unanimously, said they had “complete confidence” in his “seasoned leadership.” But it seems obvious that his new role will throw him into head-to-head combat with Shari Redstone, who has reportedly had issues with the Viacom CEO in the past.

One factor in Dauman’s favor could be a clause in his employment contract (recently extended to 2017) that allows him to resign in the event that a new chairman interferes with his job as CEO, and receive up to 3 times his salary and 3 times his annual bonus, as well as all the shares in the company his stock options entitle him to.

The appointment of Dauman is also like waving a red flag in front of Viacom’s critics—including activist shareholders such as Mario Gabelli and SpringOwl Asset Management. The funds have criticized Dauman for his leadership and also because he has been compensated so lavishly ($54 million in 2015) even as Viacom’s share price has plummeted.

Viacom’s shares (VIAB) have lost more than 50% of their value since mid-2014. The stock rose by about 10% after Redstone stepped down at CBS, but then lost all of those gains when Dauman was named chairman at Viacom. In a statement, SpringOwl said:

We are disappointed with the company’s decision to appoint Philippe Dauman as Executive Chairman. It raises questions about the board, corporate governance and fiduciary duties. As evidenced by the negative reversal in the stock price, the market agrees with the position of both SpringOwl and Shari Redstone that someone other than Philippe Dauman should be the Chairman.

So Viacom’s new chairman is not only unloved by some large shareholders, but also unloved by his own vice-chairman, the daughter of the company’s controlling shareholder and one of the people who will direct Redstone’s assets after his death.

Many investors and analysts are clearly hoping that with a new chairman, Viacom will be able to move more quickly to make decisions about its fate, and perhaps start either buying or selling assets to improve its position in the marketplace. But having a leadership and power struggle at the very top—let alone a chairman the market seems to have lost confidence in—isn’t exactly a recipe for smooth sailing.