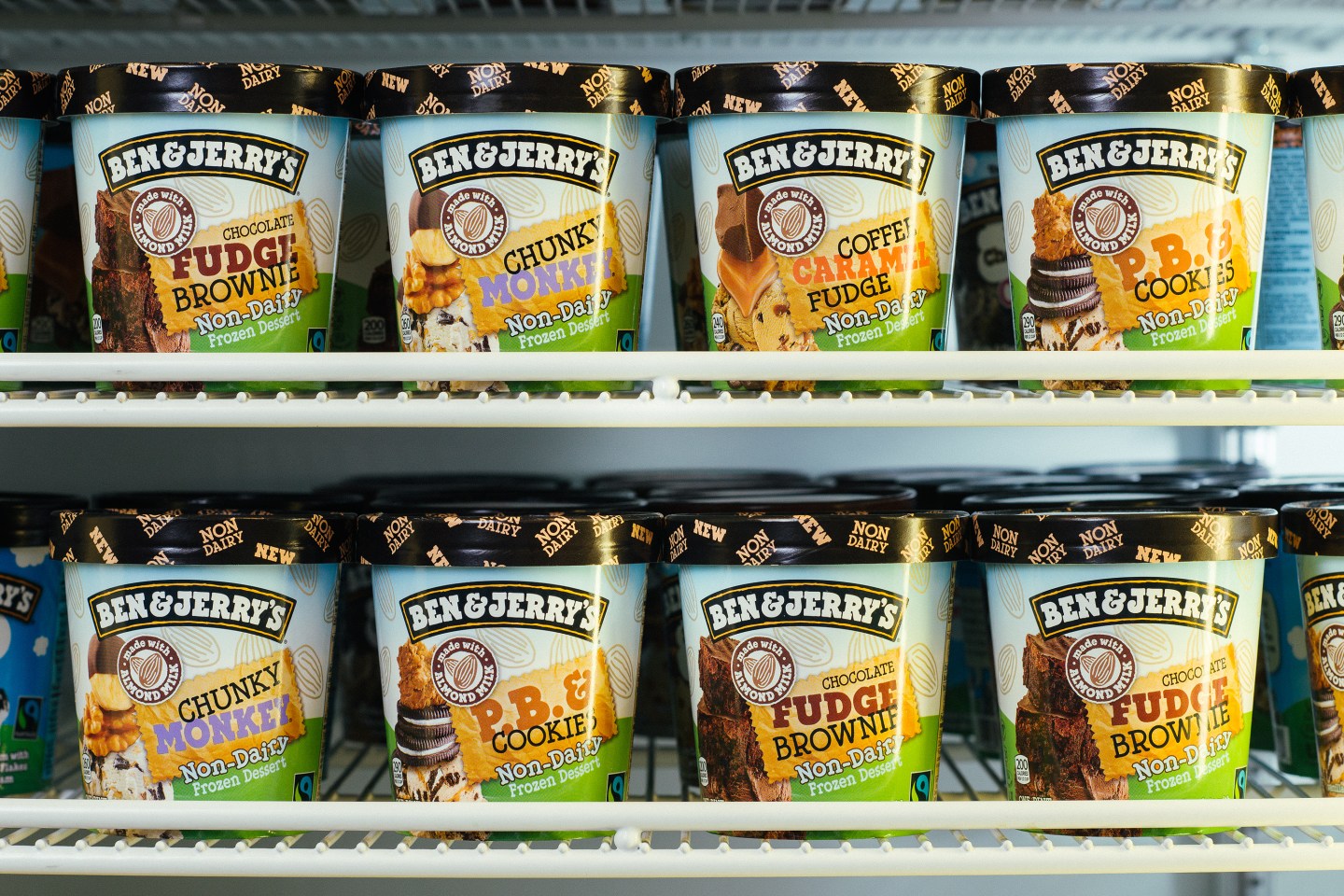 Non-dairy eaters no longer have to sit back and pout in jealousy as others enjoy Ben & Jerry’s.

The ice cream maker announced Wednesday that it has started offering vegan varieties in four flavors—Chocolate Fudge Brownie, Chunky Monkey, P.B. & Cookies, and Coffee Caramel Fudge. The first two are Ben & Jerry’s classics, and the last two have been made special for those who don’t eat dairy.

Introducing our #nondairy line – certified #vegan, made with almond milk, and oh so creamy! https://t.co/P3coMEmA0T pic.twitter.com/akvBYrFp1x

“There’s clearly been a demand for a non-dairy line,” Ben & Jerry’s representative Lindsay Bumps told Fortune. “We have worked for a couple of years to make these non-dairy flavors deliver on what our fans expect—from taste and texture.” The four new flavors are made with almond milk and are certified vegan.

Bumps added that the company is planning to add more flavors to its vegan lineup in the future. As for now, P.B. & Cookies are available at Ben & Jerry’s scoop shops, and the non-dairy pints are currently being shipped to retailers and should appear on shelves nationwide in the next 4 to 6 weeks.