IBM Is Blowing Up Its Annual Performance Review 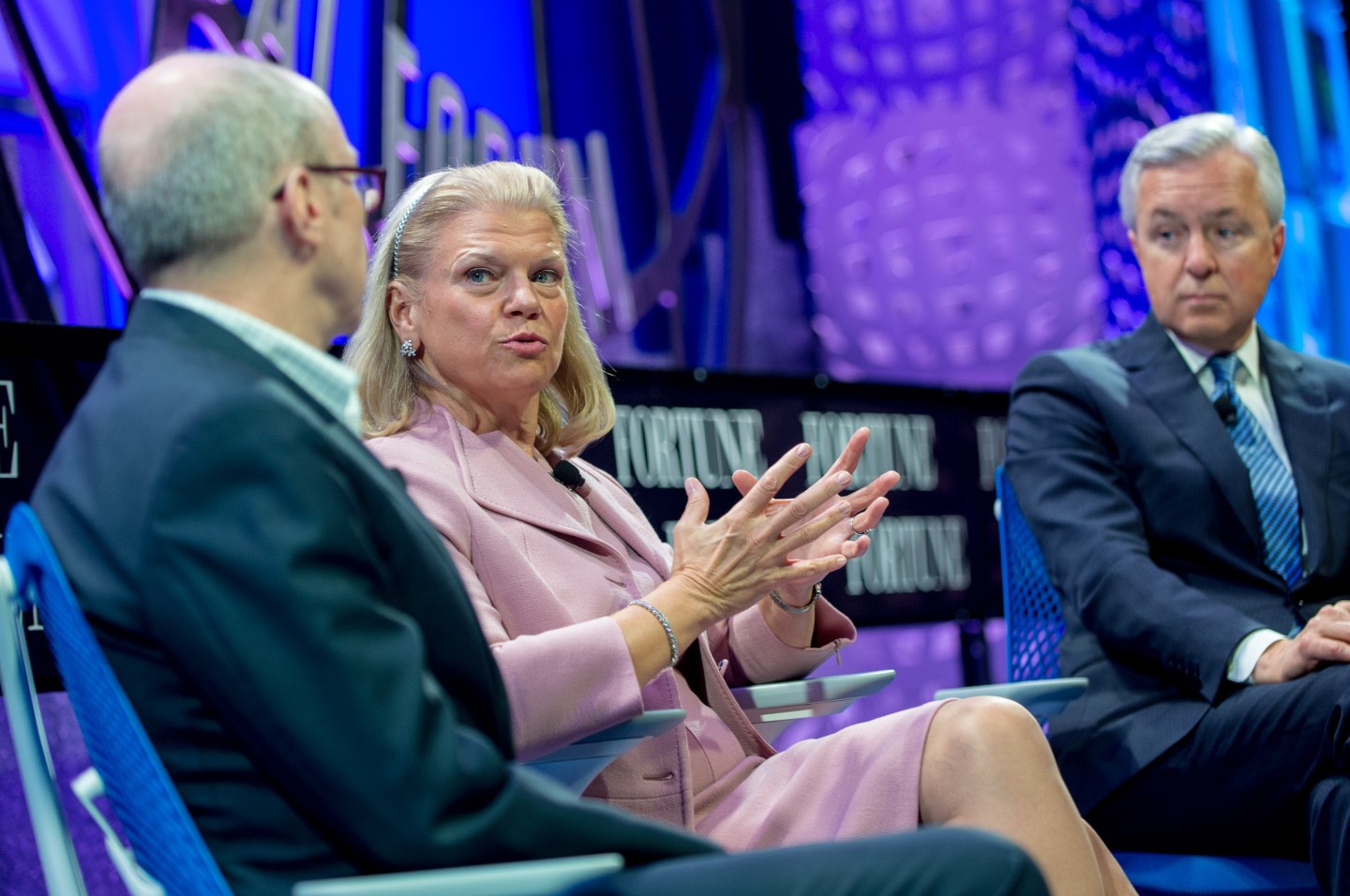 Over the course of IBM’s ongoing evolution, Chairman and CEO Ginni Rometty has abided by the motto, “never protect your past.”

“That’s what reinvention is. This is why I’ve divested—even in my time—$8 billion of businesses of ours,” she said on stage at the Fortune Global Forum in November.

That maxim, it seems, also applies to IBM’s annual performance review—a 10-year-old system called Personal Business Commitments. The program will be replaced with a brand new approach this week, one that gives more opportunity to shift employee goals throughout the year and includes more frequent feedback.

Many corporate workers would probably recognize the company’s previous performance review system. It asked employees to set their goals for the year in January. Workers would then have a mid-year check-in with managers. They would then receive a final assessment and a single performance score in December.

But during the year, “new things [would] come along,” Gherson says. IBM (IBM) employees are “iterating and experimenting,” she says, and oftentimes that means they’re not necessarily working towards what they originally listed as an annual objective. Nevertheless, staffers would end up in an “irrelevant discussion” in December, Gherson says, trying to assess whether they’d fulfilled the goals they’d drafted 11 months earlier.

This past summer, Gherson and her team decided to change IBM’s performance review system to match the way the company’s employees now work. The shift is part of a larger series of changes as the 105-year-old tech giant undergoes a lengthy transition away from hardware to higher-growth areas like mobile, data analytics, and cloud-based services.

To revamp its performance review system, the HR department didn’t just pick a new system and implement it; it turned to its 380,000 employees in 170 countries to crowdsource the process. Gherson posted a message in July on Connections, IBM’s internal social media platform, asking employees to share their ideas for a new performance management system. The post received 75,000 views and 2,000 comments from employees.

IBM then ran a text analysis on the comments and organized them into themes. The HR department followed up with some employees to get additional input.

The employee suggestions convinced IBM to tweak its review system in ways it hadn’t necessarily expected. For instance, the company had floated the idea of asking employees to do a self assessment. “We learned through this process that our employees didn’t want that,” Gherson says. The department also did away with relative performance rankings—in which managers met with one another and compared their employees. And employees said that they wanted to receive feedback more frequently.

The end result is a new app-based performance review system called Checkpoint, which goes live to IBM employees on Monday.

With Checkpoint, IBM employees will set shorter-term goals, and managers will provide feedback on their progress at least every quarter. At the end of the year, employees will be judged across five criteria—business results, impact on client success, innovation, personal responsibility to others, and skills. Managers will assess whether employees have exceeded or achieved expectations for their role in each of those five dimensions or if there’s a need for improvement.

There is no single measure of an employee’s performance like before. “In the old system, there was one score. People [got] sort of obsessed by that,” Gherson said. “In the new system, there are five scores. It leads to a much richer, more balanced discussion.”

In moving away from the traditional annual performance review, IBM joins companies like General Electric, Microsoft, Accenture, and Adobe.

The trend is not surprising to Kevin Murphy, a senior research scientist who has studied performance reviews at Colorado State University. “Performance appraisals are very expensive, complex systems for making people unhappy,” he says.

Review systems also tend to be plagued by “grade inflation,” since managers have an incentive to give their employees good scores. Receiving a low score will anger an employee and potentially harm his or her productivity. “That makes the [manager] look bad because it’s [her] job to get employees to work well,” Murphy says.

“So companies are saying, ‘This is time consuming. We’re going to pull the plug and do something much simpler,'” according to Murphy.

While that’s understandable, executives should be careful to ensure that evaluations made through more casual systems are still based on a worker’s performance and not a manager’s personal feelings. And they shouldn’t try to do too much with a performance review system.

“Very often, companies try to do lots of things with performance appraisals that are in conflict with one another,” he says. Either use them to compare employees against each other—who gets a raise, for instance—or use them to judge an employee individually by evaluating his strengths and weaknesses. But don’t do both.