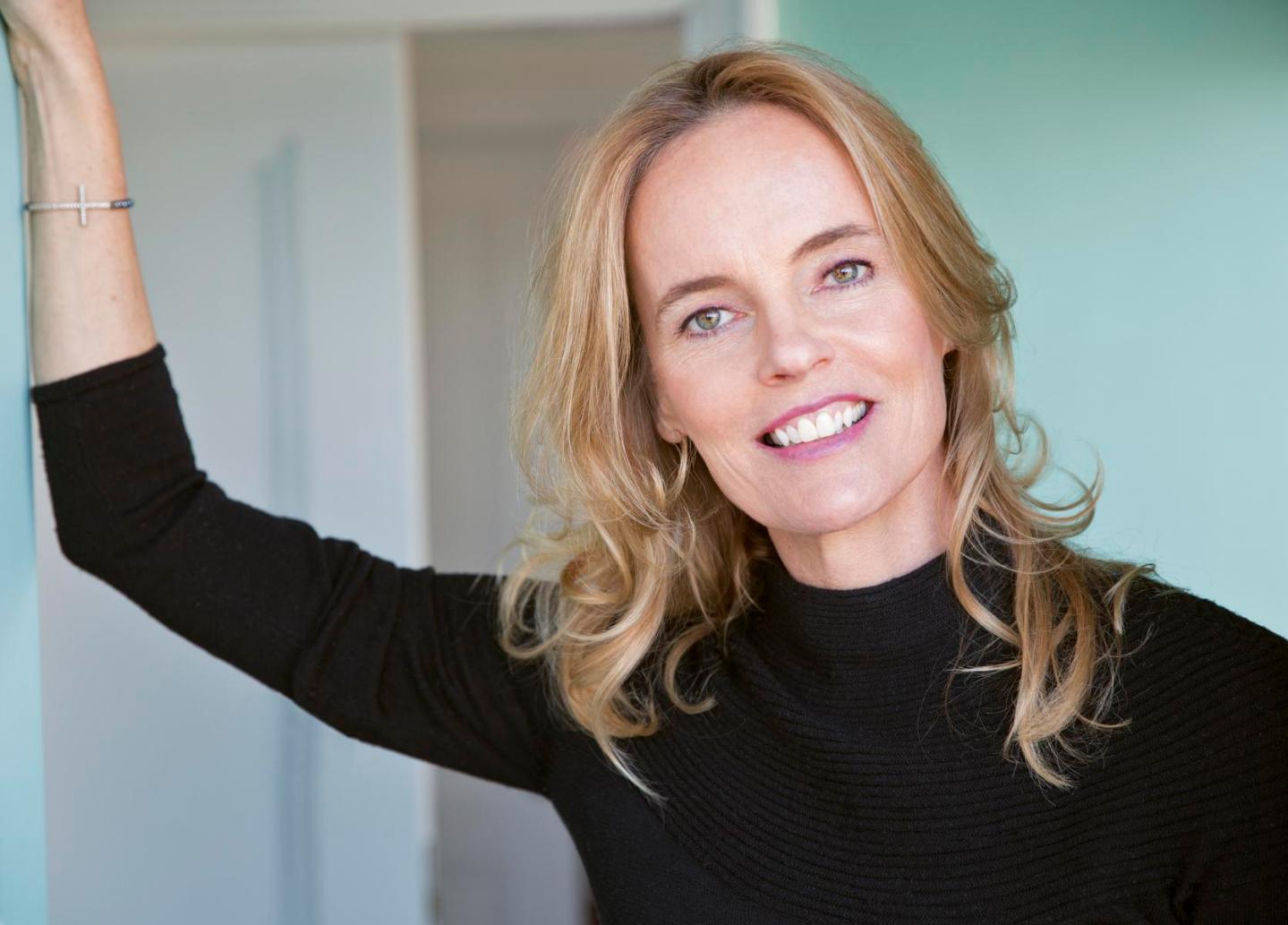 Getting groped on the trading floor. Watching your co-workers poach your accounts while you’re on maternity leave. Recovering a wayward colleague from a brothel in order to make a big meeting.

These are just a few of the many indignities suffered by Wall Street executive Isabelle “Belle” McElroy, the heroine of Opening Belle, a new novel by Maureen Sherry. But while Belle’s on-the-job trials are fictional, many of them were inspired by the real life of Sherry, once a managing director at the failed New York-based investment bank, Bear Stearns.

The book, which comes out on Tuesday, has already gotten some attention: Reese Witherspoon’s production company, Pacific Standard, is developing the film adaptation for Warner Bros. The company hopes to start shooting next year, with Witherspoon expected to star.

Opening Belle, which is set around 2007, tells the story of Belle’s increasingly fraught struggle to manage her home life—including an unemployed husband and three young children—and her high pressure job as a director at Feagin Dixon. Fed up with the rampant sexism of her office, Belle becomes a reluctant member of the “Glass Ceiling Club,” a covert group of senior woman from her firm. Add the reappearance of her ex-fiancee (as a client, no less) and the looming financial crisis, and the perilous balance she’s been maintaining soon becomes untenable.

Writing in the New York Times last week, Sherry ran down a laundry list of her experiences at Bear that closely mirror the bad behavior on display at Belle’s fictional firm:

I also didn’t mention the “moo” sounds that traders made when I headed to the nurse’s office with a breast pump, or the colleague who on a dare drank a shot of the breast milk I had stored in the office fridge. I thought of the guy known for dropping Band-Aids on women’s desks when the trading floor was cold because he didn’t “want to be distracted,” and the many times I had heard a women share an idea at a meeting, only to see later that same idea credited to a man.

Indeed, Sherry tells Fortune that a number of scenes form the book are pulled directly from her own experience, including a pivotal scene at a holiday party, a lunch at which one of the bank executives gathers the firm’s senior women—only to completely ignore their concerns, and the formation of the Glass Ceiling Club—Sherry was a member.

Sherry, whose husband also works in finance, says she left banking in part because of the same work-life stresses that her protagonist is under. When things at home started to feel “just a little bit not in control,” she decided she’d had enough. Yet even after leaving—she ultimately enrolled in an MFA program at Columbia University and started writing—she stayed in touch with the women she’d worked with and kept a close eye on the Street. At first, she thought she spotted signs of improvement: In 2007, Morgan Stanley agreed to settle at $46 million to settle a class-action discrimination suit filed by current and former female employees, and several banks began setting up diversity committees and adopting more women women-friendly policies.

But it didn’t take long for her hopes to fade. “I thought things were going to get better, but the fact is that they haven’t,” Sherry says. She believes that one of the roots of the problem is the financial industry’s reliance on mandatory arbitration clauses, which are included in many banks’ employment contracts. These clauses are used by companies to keep complaints out of the court system and stop employees from banding together to file class-action lawsuits.

In her New York Times op-ed, Sherry writes that approximately two of every three arbitration cases are decided in Wall Street’s favor. She points out the expected critiques of arbitration: it’s expensive for complainants, it protects banks from big class-action suits, and it keeps the sunlight out, suppressing embarrassing details that might shame banks into better behavior. Yet Sherry also makes the case that mandatory arbitration encourages false accusations, arguing that it would be better for everyone — including the industry — to eliminate it all together.

In researching Opening Belle, Sherry says she spoke to a number women in other male-dominated industries — particularly tech — about their experiences. Despite the cultural differences between banks and startups, Sherry says the parallels are clear. As Elizabeth, Belle’s friend who works at a New York City startup, puts it: “You’re describing the whole tech start-up scene in this town. We have options instead of real money, we’re probably scruffier than your crew, but what’s the real news here? Men need to react to threats to their superiority so they misbehave. Businesses with big money at stake become arrogant and chauvinistic.”

Still, Sherry hopes that the women of Silicon Valley and others in the startup world will be able to avoid much of what she and her Wall Street compatriots have experienced. “Will they be more vigilant? Maybe — they’re younger and more tuned-in,” she says. “But there are companies where I see a similar thing forming…”

Opening Belle‘s themes also resonate for women in the entertainment business — which is one of the reasons it caught the eye of Witherspoon and her Pacific Standard partner, producer Bruna Papandrea.

“It’s a boys club—it absolutely is,” says Papandrea of Hollywood. The story of women struggling to balance family with the pressures of working in a male-oriented world hit home for Witherspoon and Papandrea, both of whom are working moms. Papandrea says she was also drawn to the the ideas Sherry puts forward about the power of women working together rather than seeing one another as competition. That’s perhaps unsurprising given Pacific Standard’s mission, which is devoted to finding and developing female-driven material.

“We love flawed, complex women,” says Papandrea, who notes that “It’s been since bloody Working Girl that we’ve seen a woman portrayed” in the world of Wall Street. “I can’t wait for Reese to play this role,” she says.” It’s a nirvana role us.”