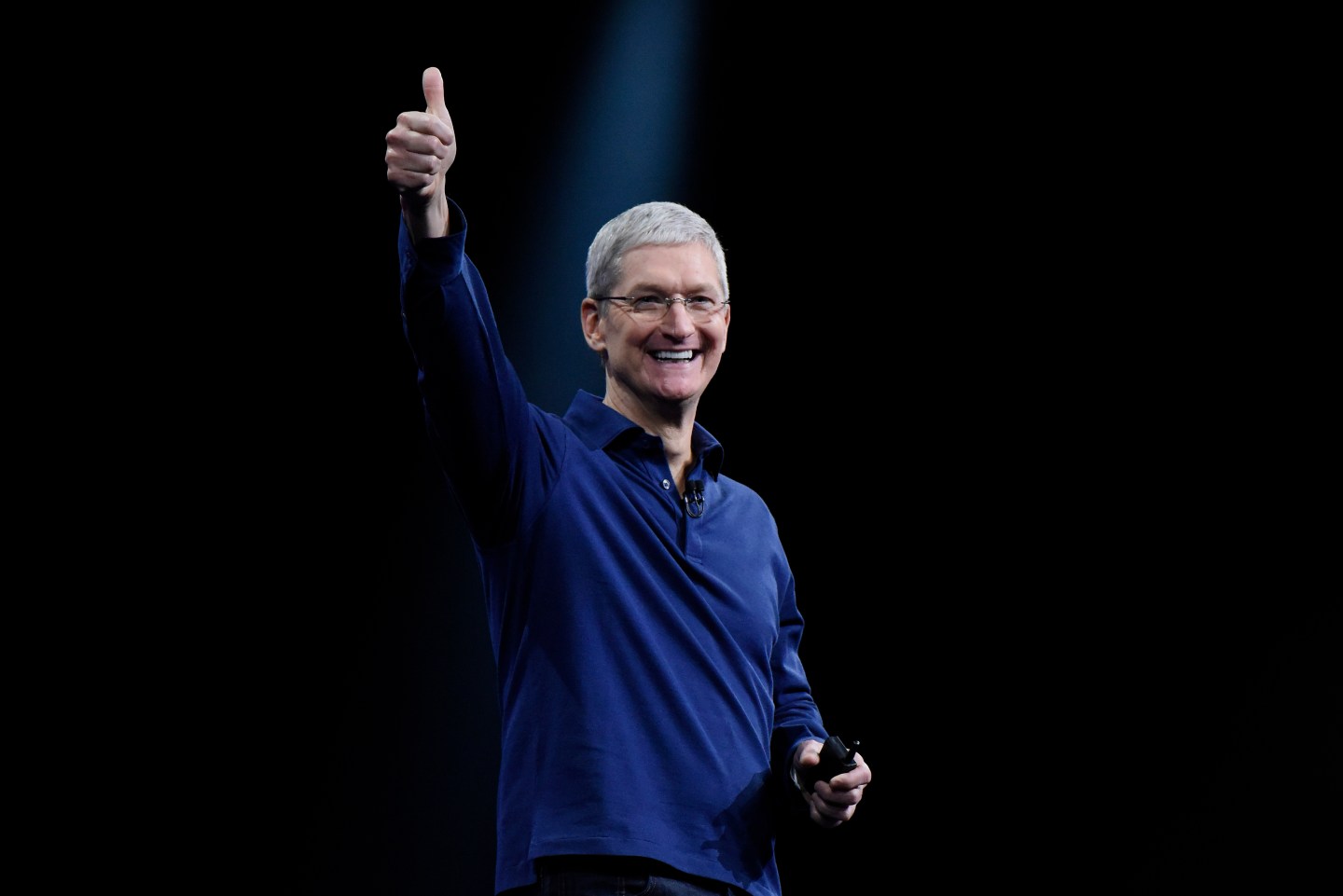 Given the bad news Apple CEO Tim Cook had to deliver last week—about the first of what could be several consecutive quarters of declining iPhone sales—we shouldn’t be surprised that he tried to shift attention Tuesday from Apple’s falling revenues to the turmoil in the currency markets.

According to Cook, Apple’s (AAPL) anemic 2% revenue growth in the December quarter would have been more like 8% it hadn’t been for the rising value of the dollars Apple pays suppliers for iPhone parts and the falling value of the currencies that overseas customers use to buy those iPhones.

The effects are readily apparent in the chart below, drawn from supplemental material the company helpfully provided analysts and reporters.

If you flip back and forth between revenues as reported and revenues in constant currency you’ll see that if it weren’t for exchange rate headwinds, Apple Japan’s -12% decline would have shrunk to -4% and Europe’s 4% growth would have swelled to 18%.

These are not the first or even the worst foreign exchange headwinds Apple has faced. So was a little unsettling to hear Cook and CFO Luca Maestri say the words “currency,” “foreign exchange,” and “macro” a record 25 times in the space of Tuesday’s hour-long earnings call.

“Apple has always been viewed as a no excuses, straightforward company,” wrote Bernstein analyst Toni Sacconaghi the next day. “Absent [last week] was the typically bullish perspective that its business was firing on all cylinders, which clearly it is not.”

At the same time, it’s worth remembering that currency exchange rates may be a big problem for Apple, but they are not necessarily a big problem with Apple, which continues to sell high-quality products at premium prices to a growing and unusually loyal user base.

What should matter to investors is how management deals with the challenge. The company’s response so far has been to raise prices in markets where local currencies are weakening. As a result, Apple will probably sell fewer devices in those markets, but it should come out of the crisis with its profit margins intact.

And that, it seems, is what matters to Tim Cook.