Operations Being Restored at New York-Area Ports After Shutdown 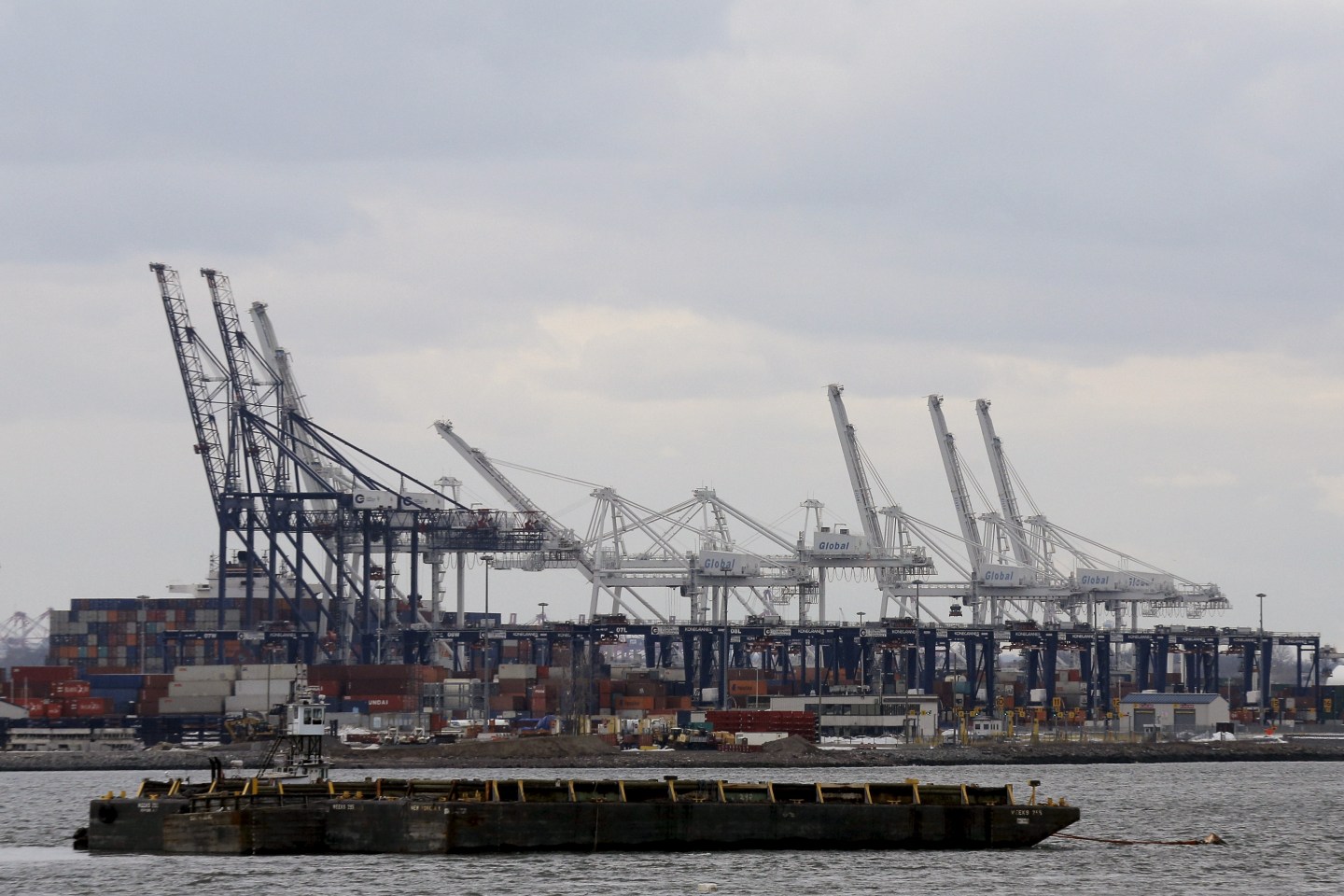 A barge is seen as containers are stacked at the Port in Bayonne, New Jersey during a work stoppage in the harbor of New York January 29, 2016. New York and New Jersey's cargo terminals shut down on Friday after more than a thousand longshoremen walked off the job, shuttering one of the country's busiest port networks. REUTERS/Brendan McDermid - RTX24MGF
© Brendan McDermid / Reuters REUTERS

(Reuters) – Operations at New York and New Jersey’s cargo terminals were being restored on Friday night after more than a thousand longshoremen walked off the job earlier in the day, shuttering one of the United State’s busiest port networks, officials said.

Employees stopped working around 11 a.m., though the precise reason was unclear. The Port Authority of New York and New Jersey, which owns the terminals and leases them to port operators, said some nine hours later that operations were being restored and gates would open as scheduled on Monday.

The work stoppage came as a surprise because “there were no major issues that we knew of to precipitate this,” according to a Port Authority official who requested anonymity.

The Port Authority and the International Longshoremen’s Association urged workers to immediately return to work.

Over $200 billion worth of cargo moved through the port in 2014, according to the agency. About a quarter of U.S. gross domestic product is accounted within 200 to 250 miles of the ports.

Port Authority police were sent to the terminals to ensure public safety, according to the statement. The Port Authority official said there had been no word of any arrests by evening.

Beverly Fedorko, a spokeswoman for the New York Shipping Association (NYSA), which represents the terminal operators and ocean carriers, said the longshoremen had not informed management of the “illegal” walkout.

Fedorko said an emergency contract board meeting was called in the afternoon, resulting in deadlock. But an arbitrator found that the stoppage violated the contract’s no strike provision, she said.

“During this time discussions took place between the ILA and NYSA with regard to outstanding issues concerning chassis, jurisdiction, hiring and technology,” Fedorko said in a statement. “It was agreed to expeditiously seek solutions to these longstanding issues.”

New York and New Jersey ports are a major entry point for crude oil and an exit for refined products such as gasoline and heating oil. It was unclear if energy sector workers in the ports were participating in the walkout.

“I have not seen or heard anything yet that the strike was affecting the gasoline or heating oil futures markets,” said Dominick Chirichella, senior partner at the Energy Management Institute in New York. Prices for both commodities were higher, in line with market fundamentals.

The walkout affects several terminals, including Port Newark and terminals in Elizabeth and Bayonne, N.J., and the New York City borough of Staten Island.

For more about shipping containers, watch:

The port system is the third busiest in the United States and has 3,500 registered longshoremen, Fedorko said, although the number of workers on duty per day fluctuates depending on ships and other factors.