James Murdoch Is Back at Sky as Chairman 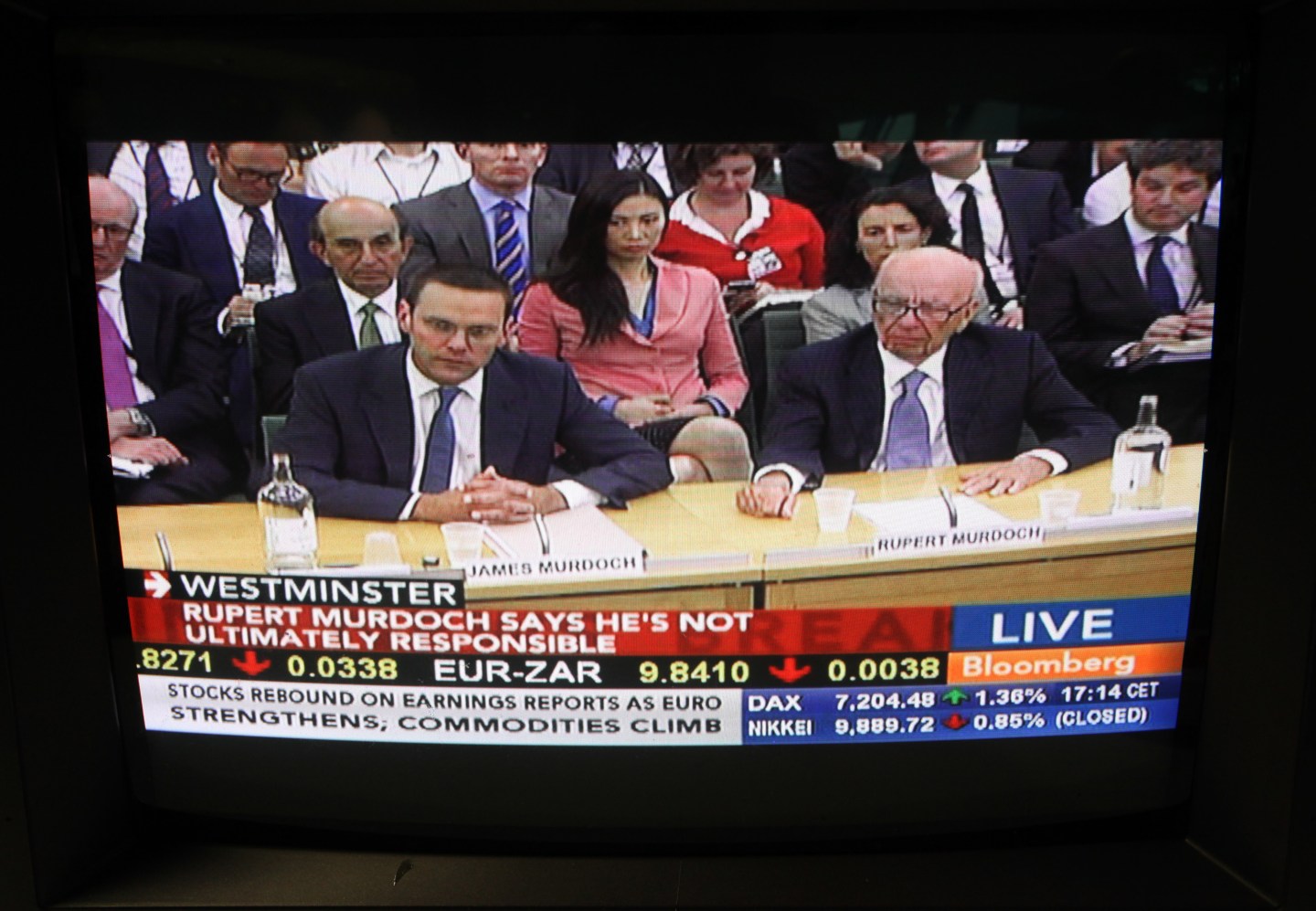 James Murdoch, the son of billionaire media mogul Rupert, is to return as the chairman of the U.K.’s biggest pay-TV company Sky Plc (SKYAY), four years after a phone-hacking scandal forced him out, regaining his grip on a group that now spans five European countries and is growing strongly.

Murdoch’s return to a senior role in Britain could fuel speculation that 21st Century Fox (FOX), the global media group which Murdoch runs from New York, may seek to buy all of Sky instead of just the 39% it currently holds.

The younger son of the media tycoon stepped down as the chairman of the-then BSkyB in 2012, forced out by his links to a scandal at the family’s now-defunct News of the World newspaper which, among many other ethical outrages, hacked a murdered schoolgirl’s phone in a search for its next story on the case, temporarily misleading the police and the girl’s family into thinking she was still alive. Parliament later accused Murdoch senior of “wilful blindness to what was going on in his companies.”

Having returned to New York, James Murdoch rebuilt his career and in 2015 was named the chief executive of 21st Century Fox, one of the most important media companies in the world.

“James’ deep knowledge of the international media industry and his passion for supporting Sky’s ongoing success will make an even greater contribution to our business in the future,” Chief Executive Jeremy Darroch said on Friday.

Murdoch returns to a company that, in his absence, has expanded into Europe with assets in Germany, Austria, Italy, Britain and Ireland. On Friday it announced a better-than-expected 12% rise in profit helped by a record number of new customers.

Operating profit hit 747 million pounds ($1.1 billion) for the six months to end-December, ahead of the 727 million pounds expected by analysts according to a company-supplied consensus.

It added 337,000 new customers in the second quarter, with strong growth in both TV and broadband and its highest numbers of new customers in its biggest UK and Ireland market for 10 years.

Murdoch replaces Nick Ferguson, who has been chairman since 2012 and on the board for 12 years, at the end of April.