The Economic Game-Changer no Presidential Candidate Wants to Talk About 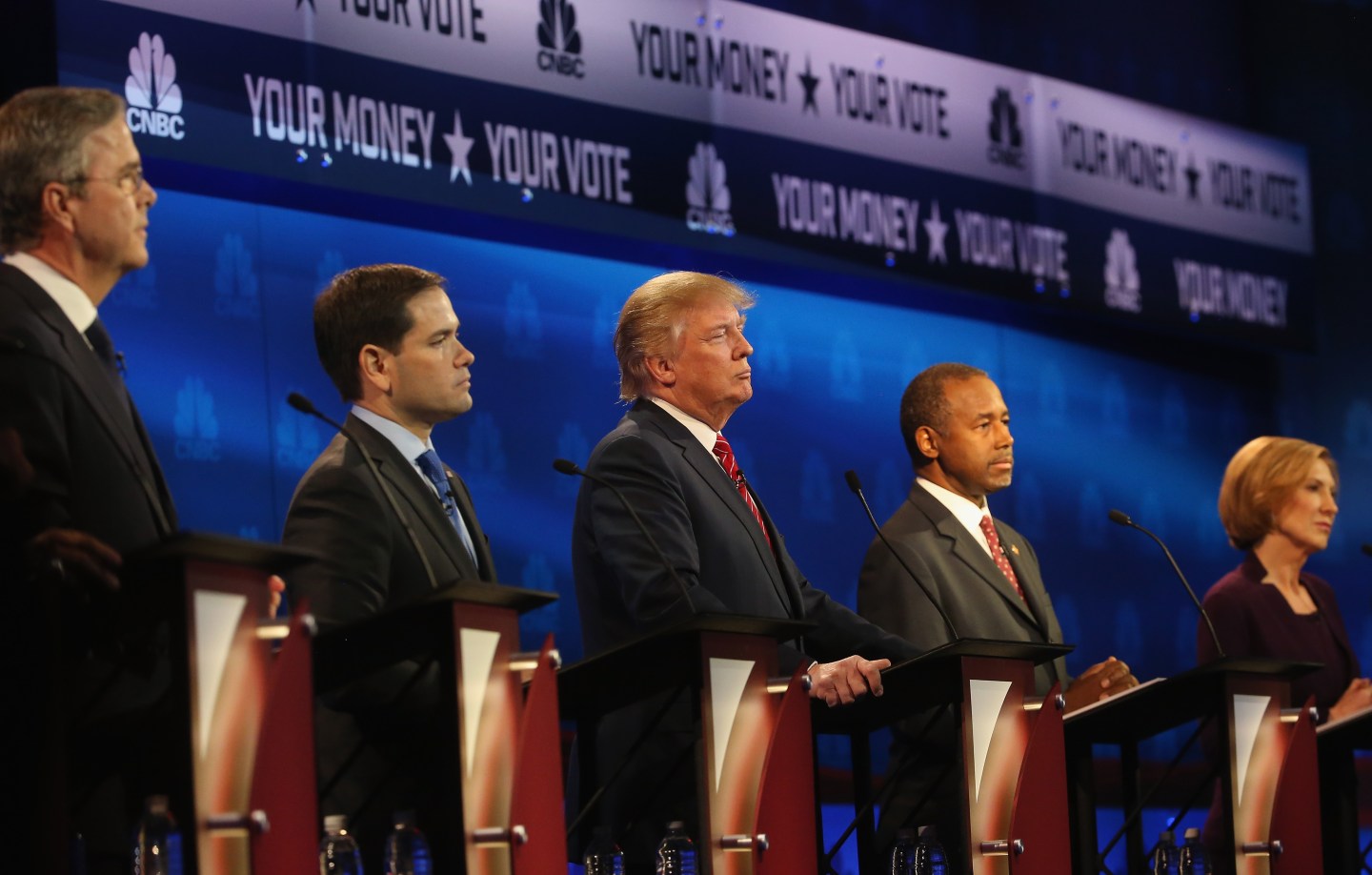 <> on October 28, 2015 in Boulder, Colorado.
Photograph by Justin Sullivan via Getty Images

There was a fair amount of excitement last week in Singapore as hundreds of delegates—including a number of chief justices, senior judges, and lawyers—came together from Southeast Asia, Australia, Japan, China, Korea, and India. They gathered at an international conference—“Doing Business Across Asia: Legal Convergence in an Asian Century”—with a single focus: to promote convergence of their disparate legal systems in order to boost Asian business. International commerce thrives on the rule of law because it reduces uncertainty, so this was no mere academic exercise.

Their efforts reflect one of their governments’ top priorities: regional economic integration to promote growth. The dominant economic player in the region is China, and it has its own set of regional initiatives. The latest is its “ One Belt, One Road” policy, which consists of massive Chinese expenditure on Pan-Asian infrastructure, spanning the continent with new highways and railroads. (For an American comparison, think of the interstate highway system created on the initiative of President Eisenhower.) The China-led Asian Infrastructure Investment Bank (AIIB) became operational that same week, making it, in essence, a world bank focused on Asia.

As the U.S. promoted interstate commerce a century ago, there are a series of regional trade negotiations underway in Asia. The largest—in terms of number of participants—is the Regional Cooperative Economic Partnership (RCEP) with 16 countries (the 10 Association of Southeast Asian Nations member states—Indonesia, the Philippines, Singapore, Malaysia, Thailand, Vietnam, Laos, Cambodia, Brunei, and Myanmar—plus Australia, New Zealand, India, China, Japan, and Korea). America’s economic involvement in the region is most evident in the Trans-Pacific Partnership (TPP), an agreement joining 12 Pacific-Rim countries to open their markets on a reciprocal basis. It is due to be signed next week in New Zealand. Within the TPP are the first U.S. free-trade agreements with Japan and Vietnam—and this is just a beginning. Six other Asia-Pacific countries have indicated that they want to join TPP as well. This is no small deal.

But while Asian governments are looking for ways to reach out to deepen economic relationships with other countries, there is all too much evidence that the current American attitude—especially amongst politicians—is headed in the opposite direction. Almost all of the presidential candidates have expressed serious qualms about the U.S. joining a trade deal across the Pacific. This is counter-intuitive. The United States is already very open to foreign trade and investment, so it should be evident that gaining improved access to Asian markets—under modernized rules for the new digital global economy—will be an extremely smart move for the United States.

Asia, which accounts for 60% of the world’s population, is where most of the world’s customers live. Asia is growing at almost twice the rate of the United States, even with China’s slowdown. (In 2000, the region accounted for less than 30% world output, but by 2014, this number had risen to almost 40%, according to the IMF.) It’s evident that improving access to Asian markets is important to the American economy.

Nevertheless, a nearly uniform failure to speak out in favor of the TPP is the only area of bipartisan agreement among the presidential candidates. This is particularly ironic given the fact that the decision to enter the TPP negotiations was a George W. Bush decision and concluding the agreement is an Obama Administration achievement.

It’s obvious that the American people crave strong leadership. That is perhaps the single best explanation for the Trump phenomenon. But the direction our leaders take matters. Asia is looking for American leadership. China’s neighbors, with the possible exception of North Korea, are concerned with a number of aspects of Chinese policy, not least its aggressive territorial claims to the oceans they all currently share.

Asia’s eagerness to promote international trade and investment, with the welcome mat laid out for U.S. business, is certainly not reflected in America’s current politics. No presidential candidate is campaigning on a platform of international economic engagement. Donald Trump has called the TPP a “horrible deal,” saying, “It’s a deal that was designed for China to come in, as they always do, through the back door and totally take advantage of everyone.” And Hillary Clinton reversed her stance, saying, “… In looking at it, it didn’t meet my standards.” It is just not possible to find in these candidates’ statements any reflection of the outward-looking trade policies of presidents Wilson, Reagan, Roosevelt, Kennedy, or Bush—father and son.

And where is the U.S. Congress on America’s one great Asian initiative—the TPP? Its leaders are saying that getting congressional approval is going to be tough going, but there is just a chance that it could happen at the end of the year in the short post-election session. That is a very tight window.

What is clear from the meeting in Singapore and the current initiatives Asian countries are pursuing is that while American leadership is sought and welcomed in a majority of the countries in Asia, U.S. absence won’t prevent these countries from pursuing their own economic integration as being pro-business, pro-growth initiatives.

This is a time for increased American engagement—not retreat.

Alan Wm. Wolff is Chairman of the National Foreign Trade Council and a Senior Counsel with the international law firm Dentons. He was U.S. Deputy Trade Representative in the Carter Administration.