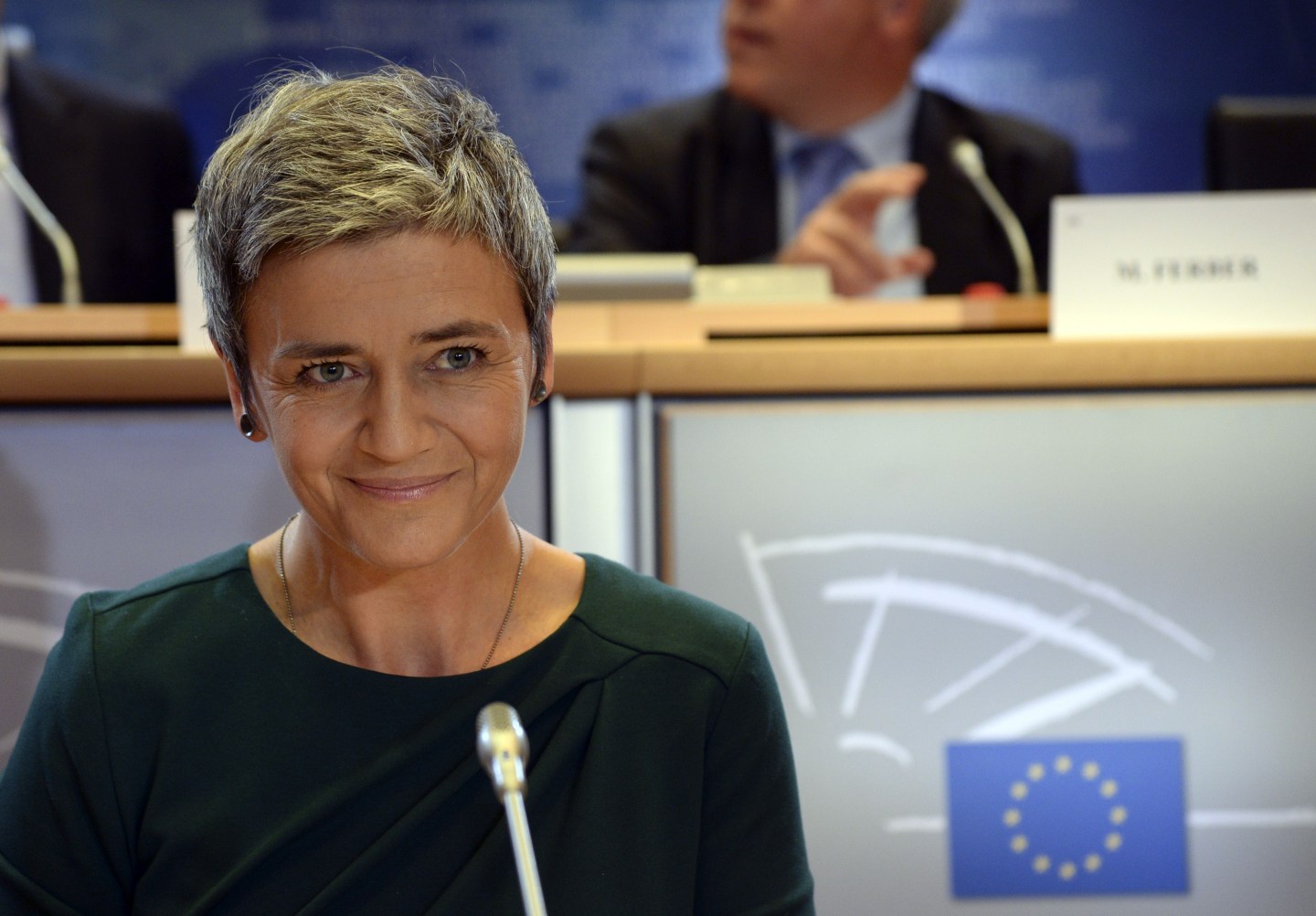 Google Inc. (GOOG) may have thought its tax deal with the U.K. was the end of an awkward chapter in Europe, but it’s looking more like the beginning of a bigger one.

The European Union’s top antitrust cop, Margrethe Vestager, signalled Thursday that she’s ready to take a look at last week’s deal with the U.K. if someone makes a complaint about it.

“If we find there’s something to be concerned about, if someone writes to us and says maybe this is not how it should be, then we will take a look,” Vestager told the BBC. One U.K. lawmaker, the Scottish Nationalist Party’s Stewart Hosie, has already done just that, according to the Financial Times.

That is a potentially ominous development for Google, given that Vestager has already forced Starbucks Corp (SBUX) and Fiat Chrysler Automobiles (FCAU) to pay back millions of euros to the Netherlands and Luxembourg respectively after ruling that their sweetheart tax deals with those countries represented unfair state aid.

There was been uproar in the U.K. at the settlement announced last week, under which the Silicon Valley giant will pay 130 million pounds ($190 million) in back taxes on profits generated in the U.K. over the last 10 years. The sum reflects an implicit tax rate of 3% on the profits it made in one of its biggest oversees market. The standard rate of corporate profit tax in the U.K. is 20%.

For comparison, France is set to exact €500 million $540 million) from Google in taxes, despite generating much less in revenue and profit there. Italy, which generates less than a tenth of the revenue Google gets from Britain, said Thursday the company had evaded around €300 million in taxes between 2008 and 2013.

Critics of the deal suggest that Google has used its proposed plans to build a new European HQ in London, creating 5,000 jobs, as leverage over the government to get an advantageous settlement. In a letter to the FT, Google’s head of European Affairs Peter Barron implied that any blame for the controversy should rest with national governments, who for years have facilitated a ‘race to the bottom’ in tax collection by luring multinationals with sweetheart deals.

The deal, under which Google and other Silicon Valley companies would still be able to continue diverting revenue and profit generated in the U.K. to offshore haven like Bermuda via Ireland, has come under fire from politicians, tax experts and, not least, Google’s biggest rivals in the advertising and media business.

News Corp (NWS) Chairman Rupert Murdoch, who has enjoyed enormous influence over a string of U.K. governments, tweeted that the “posh boys” in Downing St–a sneer at Prime Minister David Cameron and Treasury chief George Osborne–had succumbed too easily to Google’s lobbying. There was no suggestion of any irony in his tweets.

Google has cleverly planted dozens of their people in White House, Downing St, other governments. Most brilliant new lobbying effort yet.

Elsewhere Thursday, the E.U. Commission published new draft guidelines aimed at cutting tax evasion by multinational companies, a practise that costs member states up to €70 billion a year in lost revenue, according to Commissioner Pierre Moscovici. The proposals include a common framework for tax rules that all 28 member states would be obliged to accept, thus limiting their ability to cut deals with individual companies.

However, there is little sign so far from member states that they are any more willing to transfer or pool their powers over taxation than they have been in the past.