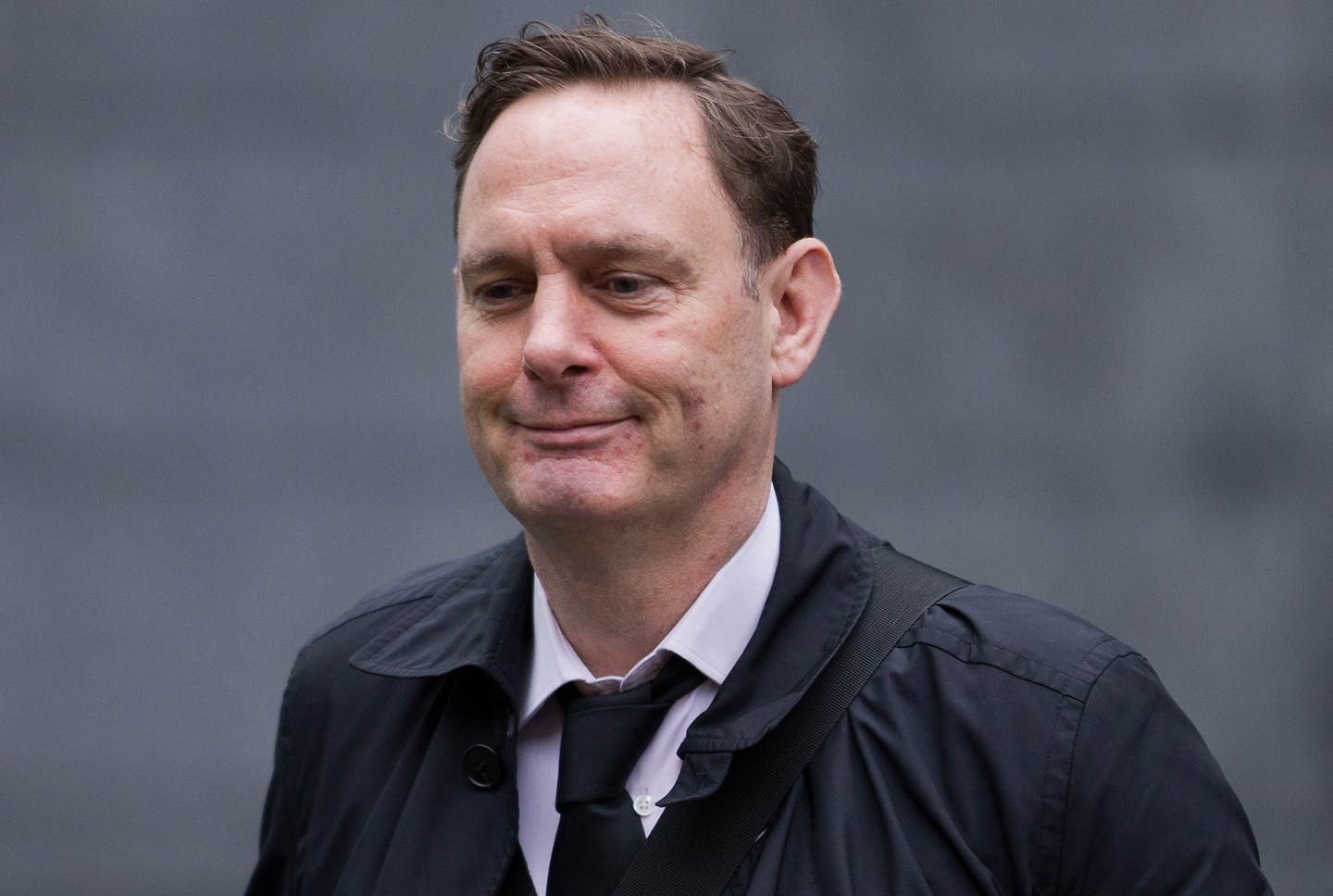 Noel Cryan, a former broker at Tellett Prebon, arrives at Southwark Crown in London on Janurary 27, 2016. A court cleared five City brokers who were accused of helping to rig a key lending rate used between banks. Noel Cryan, Danny Wilkinson, Colin Goodman, James Gilmour, and Terry Farr, were all found not guilty of conspiring to help UBS banker Tom Hayes, to manipulate the Libor rate that banks use to lend money to one another. The court has yet to reach a verdict for Darrell Read. / AFP / JUSTIN TALLIS (Photo credit should read JUSTIN TALLIS/AFP/Getty Images)
Photograph by Justin Tallis — AFP/Getty Images

Former ICAP broker Darrell Read, who was charged with two counts of conspiracy to defraud, was acquitted on one count but the jury had yet to reach a verdict on the second on Wednesday.

The world’s third Libor trial, that kicked off four months ago, comes more than seven years after U.S. regulators first examined how Libor rates were set.

That U.S. scrutiny sowed the seeds of a global investigation that has culminated in authorities fining leading banks and brokerages $9 billion, charging about 30 people and overhauling how benchmarks such as Libor are policed.

Defense lawyers told the jury the defendants were scapegoats for a fundamentally flawed financial system, which was self-governing, and that the trial was unfair and unjust.

Despite the swift verdicts, SFO head David Green defended the agency’s decision to bring the prosecutions.

“The key issue in this trial was whether these defendants were party to a dishonest agreement with Tom Hayes,” he said in a statement. “By their verdicts the jury have said that they could not be sure that this was the case.

“Nobody could sensibly suggest that these charges should not have been brought and considered by a jury,” Green said.

Former UBS and Citigroup trader Hayes, who earned about $300 million for his banks between 2006 and 2010, was jailed for 14 years in August, although the sentence was reduced to 11 years on appeal.

Most of the six men on trial, aged between 44 and 54, told the court they had either exaggerated their influence over Libor rates to appease Hayes, whom they described as a volatile but valuable client, or had just pretending to do his bidding.

Only Farr, who left school at 15, said he sought to help Hayes by passing on his requests for lower or higher Libor rates. But he said he did not know he was doing anything wrong.

Some lawyers said the SFO, whose independent future is often questioned by critics, should not be judged too harshly by the outcome of one complex trial – although one lawyer noted the costly investigation was targeting relatively low-level staff.

“Ultimately, there is a hypocrisy in charging brokers,” said Matthew Frankland, partner at Byrne and Partners, which represented Wilkinson. “Brokers do not work for banks, they play no part in the Libor submission process and are not and never were regulated … in relation to their Libor predictions.”

A spokesman for Tullett said the company noted the jury’s findings in relation to Cryan but had nothing to add. ICAP declined to comment and a call to RP Martin went unanswered.