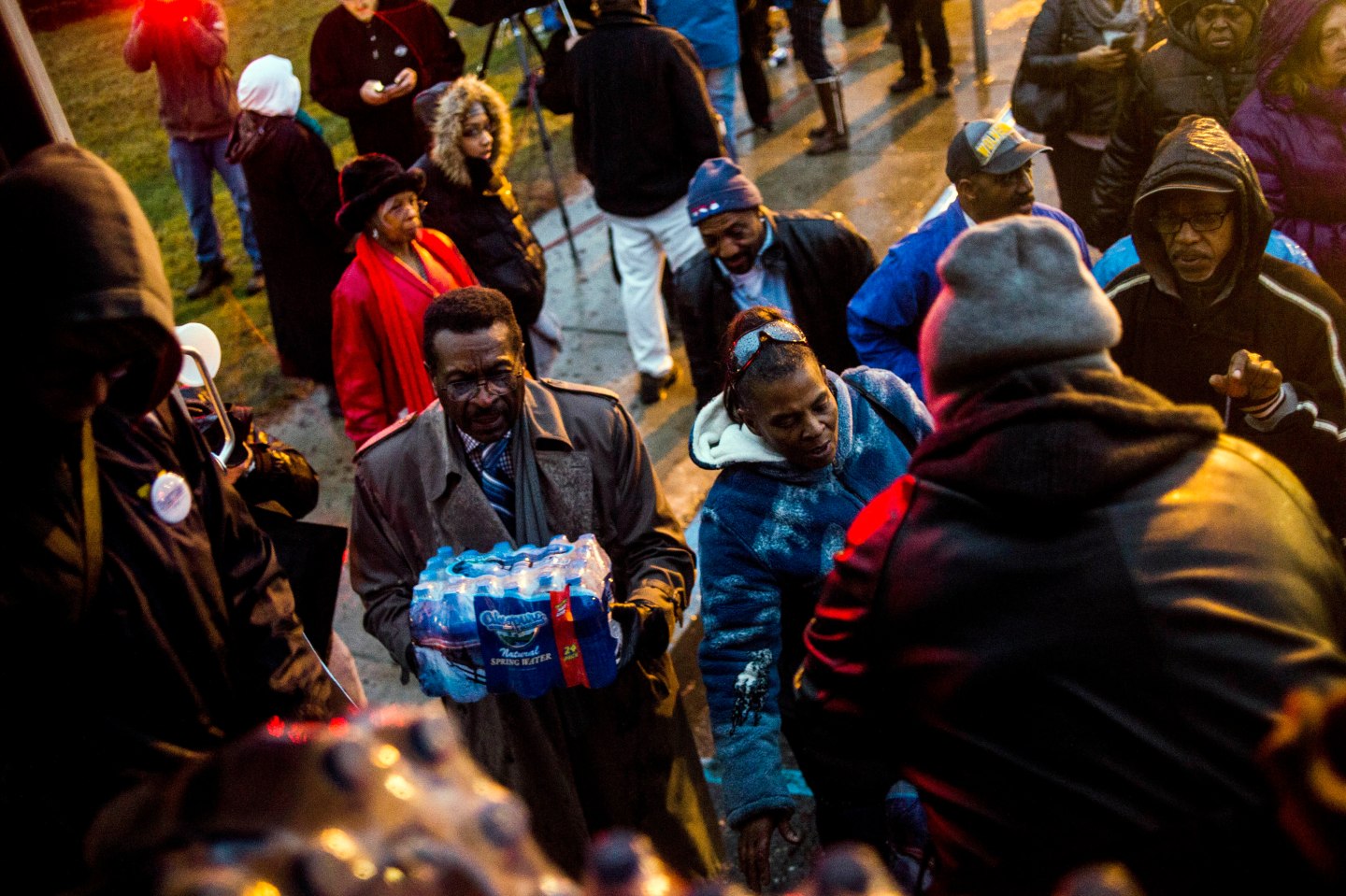 Walmart (WMT) is teaming up with three major beverage companies to provide millions of bottles of water to schoolchildren hit by the water crisis in Flint, Michigan.

The group of corporations, also made up of Coca-Cola (KO), Nestlé and PepsiCo (PEP), is donating bottled water to cover the daily requirements of some 10,000 school children in Flint through 2016. Walmart in a statement estimated that would come to as much as 6.5 million bottles.

Last month, the mayor of Flint, Michigan declared a state of emergency due to the number of children and infants who had suffered lead poisoning from the city’s tap water. The lead poisoning began in the spring of 2014, after Flint switched its water source from the nearby Detroit system to the Flint River as a cost-saving option. Flint’s new water system drew lead from aging pipes into the water supply, exposing residents to chemical byproducts, E. coli, Legionnaires’ disease and lead.

The Obama administration has since declared a federal emergency in Flint and freed up $5 million in federal spending to supply residents with bottled water and filters. The crisis has led to accusations that a situation like this would never occur in an affluent community. Some 40% of Flint residents live in poverty and the average household income is just $25,000, according to some reports.

“We’re working to ensure that the children of Flint, the city’s most vulnerable citizens, have access to safe water,” said Dan Bartlett, executive vice president of Corporate Affairs for Walmart, in a statement.

Though Walmart is often the target of criticism as a large corporation, the company has often used its enormous infrastructure of store locations and clout with suppliers to help out during a disaster. In the days after Hurricane Katrina in 2015, Walmart made $20 million in cash donations, gave 1,500 truckloads of free merchandise, food for 100,000 meals, giving the beleaguered Gulf Coast a much needed lifeline.

In Flint, Walmart has since July already donated 14 trucks of water, or 504,000 bottles, and 1,792 water filters to the Flint community since July 2015. Coke has given nearly 78,720 bottles of Dasani to local food banks and foundations, while Nestlé Waters North America has already provided for free five truckloads, or more than 190,000 bottles.