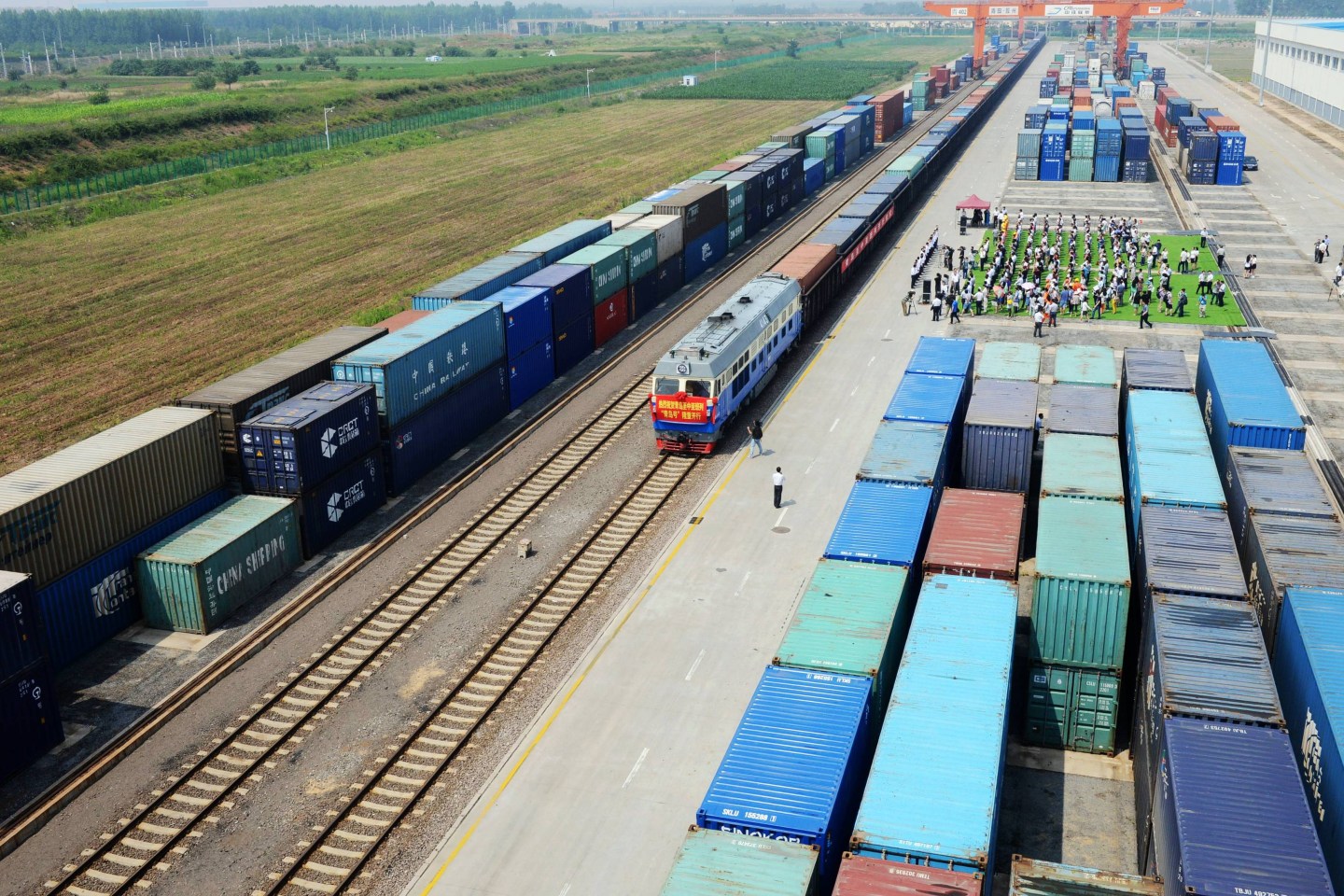 Chinese shares plunged more than 6% to 14-month lows on Tuesday after oil prices dropped again, reviving concerns about global growth and prompting a sell-off in the world’s equity markets.

January has already seen a slew of weak economic data, and on Tuesday the nation’s top economic planner said rail freight, a rough barometer of industrial activity, fell 11.9% by volume last year. That figure is hard to square with official claims of nearly 7% GDP growth, and much more consistent with international data showing a broad drop in global trade volumes.

Suspicions that China has been inflating its economic data hardened further after the close when the Communist Party’s anti-corruption watchdog said Wang Baoan, the head of the National Bureau of Statistics, had been placed under investigation for an alleged ‘violation of discipline’–a term commonly used to refer to corruption.

Battered by a late selling frenzy, the CSI300 index of the largest listed companies in Shanghai and Shenzhen dropped 6% to 2940.51, its lowest since the beginning of December 2014.

After a rebound on Friday and early Monday, crude prices fell back below $30 a barrel, not far from last week’s 12-year lows, ending a couple of days of gains for Wall Street stocks, and pushing European markets such as Germany and France down by over half a percent.

China’s fickle stock markets have now slumped about 22% so far this year on concerns about the slowing economy and confusion over the central bank’s foreign exchange policy.

Many investors have lost the stomach for the market after a wild ride since last summer, when shares crashed 40%. Beijing intervened to stem that rout and orchestrate a recovery of sorts, but anyone who mistook that for a bottom and bought in will have lost their shirt again in January.

“There’s no good news in sight，while investors are being affected by the global ‘risk-off’ mood.”

The slump has triggered a lot of forced liquidations, he added.

Indeed, China’s outstanding margin loans–money investors borrow to buy stocks–declined for 16 consecutive sessions to Jan. 22, the longest losing streak on record, with 209 billion yuan ($32 billion) worth of leveraged bets unwound during the period.

“Volume is getting very thin, as there are hardly any fresh inflows, and the process of deleveraging is continuing,” said Chang Chengwei, analyst at brokerage Hengtai Futures.

Wang Baoan, chief of the National Bureau of Statistics, sounded a solitary voice of confidence in the market, while trying to reassure investors that the volatility would have a limited impact on the real economy.

Wang also reiterated Beijing’s line that there was no basis for further yuan depreciation given China’s economic fundamentals.

“China’s economy will be supported by urbanisation, consumption and other positive factors,” he said.

China’s central bank has jolted global financial markets twice in six months by allowing sharp, sudden slides in the currency, only to step in aggressively to stabilise it.

The central bank has also been making plenty of liquidity available to the banking system to avoid any cash squeeze ahead of long Lunar New Year celebrations beginning in early February. Traders said on Tuesday that the bank would inject 440 billion yuan ($67 billion) into the money markets, the biggest daily injection in three years, bringing total injections this month up to nearly 2 trillion yuan.

The decline in the yuan and concerns about the country’s growth prospects have fuelled a flight of capital out of the world’s second-largest economy which policymakers are struggling to contain.

UPDATE: This story has been updated to include details of the investigation into Wang Baoan.