Coach Is Slowly Doing The Impossible: Restoring Its Upscale Aura 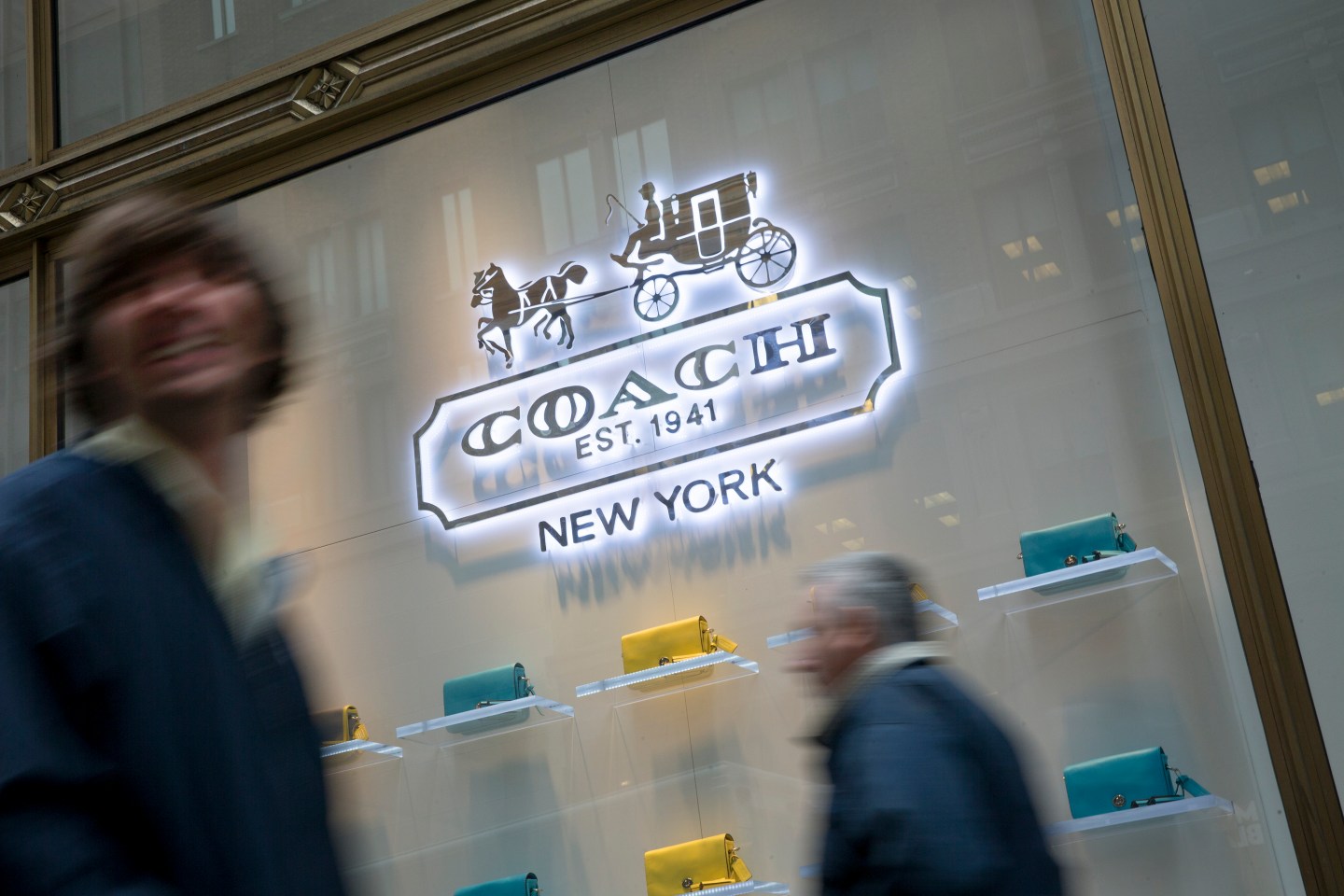 Coach (COH) seems to be achieving the nearly unattainable in retail: giving a brand that was cheapened by years of discounts its luster back.

The handbag maker reported on Tuesday that net sales rose 7% to $1.27 billion in its second fiscal quarter ended Dec. 26, buoyed by growth in China and its men’s lines.

More importantly, there were signs that Coach’s years-long sales hemorrhage in North America, still its biggest market, is about to end: comparable sales fell 4%, the eleventh straight quarter of declines, but the smallest drop in more than two years. Coach executives say they still expect the company to return to growth in its home market by the end of the fiscal year.

The news sent shares up as much as 12% as Coach investors sensed light at the end of the tunnel.

Since peaking in 2012, the New York leather goods house has been struggling to restore its severely damaged image. The company was seduced by the logo craze of a few years ago, as well as the boom in discount factory stores that sent sales soaring but that Coach felt helped it compete against fast growing rivals like Michael Kors (HORS) and Kate Spade (KATE) during the handbag boom earlier this decade. But that came at a cost: Coach came to be seen as a brand for masses attracted to gaudy handbags, rather than the maker of quality, elegant leather goods with history going back to 1941.

Since CEO Victor Luis came to the helm nearly three years ago, Coach has endured the awful withdrawal symptoms from cutting off its discount-addicted shoppers. (By some estimates, sales at the outlet stores are 70% of company sales, though the company never breaks out the number.) That led to several quarters of 20+% drops in North American comparable sales.

So the company went almost cold turkey, reducing the number and depth of mega promotions (including flash sales events in its outlets business). It shifted away from logo-bedecked merchandise, hired star designer Stuart Vevers to bring more fashion cred to its offerings and closed many malls stores in favor of higher end presentation at flagship stores.

And it looks to be paying off.

For one thing, Coach is getting shoppers to spend on more expensive handbags: André Cohen, president of Coach North America, told investors on a conference call on Tuesday that handbags costing $400 or more were now 35% of its sales in that category, up from 30% a year earlier.

Pretty much all of what Coach now sells is designed by Vevers, whose collections have typically garnered rave reviews in the fashion press. Stuart Weitzman, the high-end footwear brand Coach bought a few years ago, is doing well. Coach has been upgrading many of its stores and expects 40% of stores to be in a new, fancier format.

Coach is also leveraging its long New York history- it is launching some collections to honor its 75th birthday, items that will be sold at luxury department stores like Barneys New York and Nordstrom (JWN).

It’s still a bit early to tell, but there is reason to hope that a brand can go back upscale after going the discount route after all.